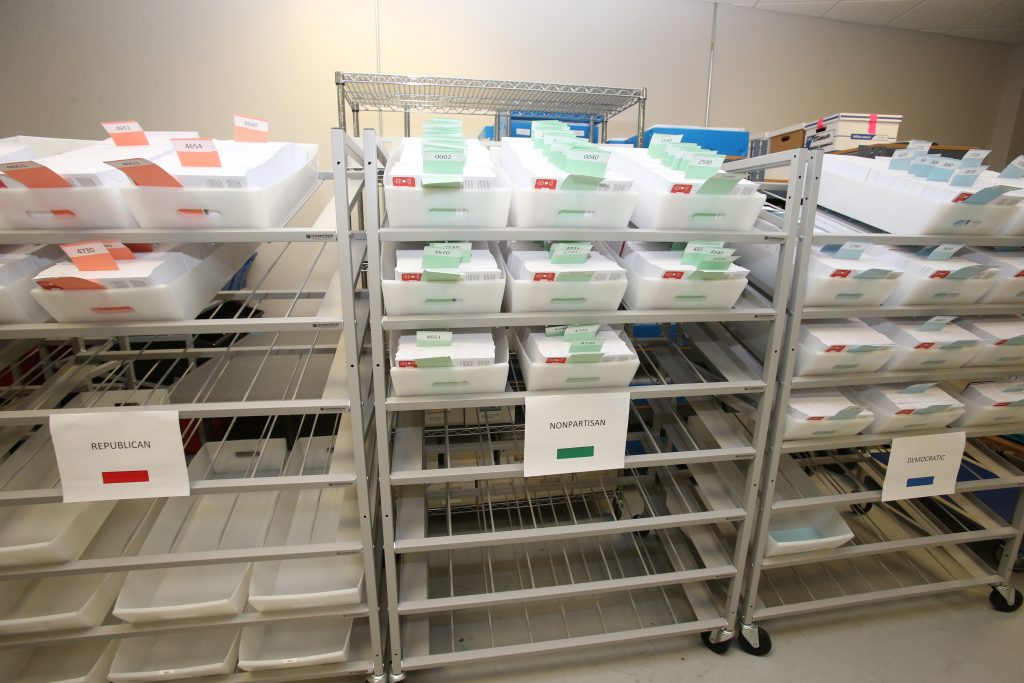 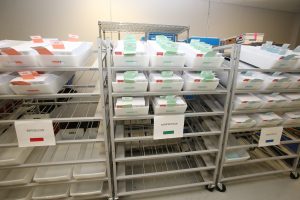 During the early voting period in Marion County, in-person voting was down, compared to four years ago and to the presidential primary back in March.

Yet mail-in ballots are way up headed into Election Day on Tuesday.

The county’s top elections official said COVID-19 was likely a key factor, but that the rationale for increased preference for voting by mail is more nuanced than the conventional wisdom.

Early voting was held at select locations around Marion County between Aug. 8 and Aug. 15.

As of Monday, nearly 42,000 county voters had already cast ballots, translating to turnout of 16.4 percent.

Just 5,513 of them voted in person, however. That was down from roughly 8,700 votes in the August 2016 primary, said Elections Supervisor Wesley Wilcox.

It was also considerably lower than the 8,397 early voters who cast ballots during the presidential primaries.

In contrast, the 36,395 mail-in ballots cast as of Monday was nearly double the 19,942 submitted four years ago. It’s also roughly 10,000 more than were submitted back in March, before the full extent of the coronavirus was known.

Wilcox said he expects in-person turnout on Tuesday to reach 11 percent to 12 percent, which would put the overall turnout slightly above the 26.5 percent recorded in August 2016.

As of Monday, his office had fielded just shy of 69,000 requests, which far eclipses the previous record for Marion County of about 54,000 for the November 2018 election.

Concern about COVID-19 is the easy explanation for the reversal.

But, said Wilcox, “I don’t believe it’s one particular reason.”

He suggested another explanation is that the Democratic Party has stepped up its game to promote voting by mail – something that was long the province of Republicans.

The Democrats conducted a drive, via a mailer, to advocate voting by mail on May 28, while the GOP has not done that, Wilcox noted. Usually, he said, both parties wait till around Sept. 1.

At the time, county elections officials had received about 23,000 requests from Republicans, compared 18,000 for Democrats, said Wilcox.

And Democrats had outvoted Republicans by mail so far, with 16,526 returned compared to 15,667 GOP ballots. Overall, though, about 1,700 more Republicans have voted, thanks to a 2-1 advantage in early in-person voting.

Historically, between 55 percent and 60 percent of voters who ask for mail-in ballots actually vote that way, Wilcox said.

Despite their heightened interest in mail-in voting, Democrats vote in only two of four local contests on Tuesday’s ballot: County Commission District 1, which despite featuring three Republicans is Marion County’s first-ever universal primary, as well as School Board District 1, a nonpartisan race.

Republicans will determine the outcomes for Marion County property appraiser and County Commission District 3, as both winners face write-in candidates in November.

Voters from both parties will also help decide a circuit judgeship, and if they live there, the state legislative primary for District 20, which is also a universal primary battle between two Democrats.

Meanwhile, each party, again depending on where voters reside, will help settle state legislative and congressional contests.