Vanguard employee accused of having sex with student 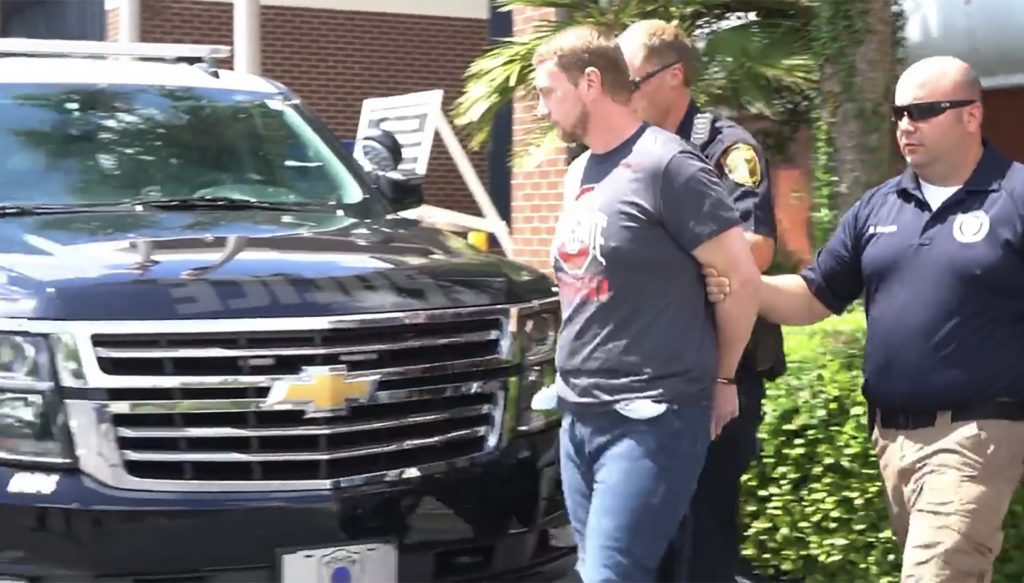 A 31-year-old Vanguard High School teacher’s aide was arrested Friday afternoon and charged with having sex with a student.

Nicholas Ryan Elder of Ocala was booked into the Marion County Jail on charges of unlawful sexual activity with a specified minor and certain use of computer services or devices prohibited.

Ocala police stated that Elder told them during interrogation that he had had sex with a 17-year-old student. The student said she had met Elder on the dating website Tinder.

The alleged relationship caught authorities’ attention after an anonymous tip was made on Aug. 6 to the Department of Children and Families, which told police the tipster said Elder was “involved with inappropriate activity” with two minors who attended Vanguard.

According to the police report, a 17-year-old girl and Elder became involved because she often fought with her mother and the student would turn to Elder, who repeatedly offered her a place to stay. After one such fight in June, the student moved in with Elder in his one-bedroom apartment.

The student and Elder were reportedly both asked if they had had sex and, according to the OPD report, they both said they had on two occasions. The student told police she did not want to have sex but felt she had to because she was living there for free, the report states. She also told police Elder had provided her with marijuana and alcohol. The student said she lived with Elder for about three weeks before she moved in with her brother.

Elder told police he did not think the student moving in “was a big deal” because her mother knew, and police had even sent an officer at one point to do a well check on the girl.

Detectives also received a complaint that Elder had asked for nude photos from other students. They confiscated Elder’s cell phone after being told he had received nude photographs of the 17-year-old and others. When they checked his phone, they found numerous nude photographs with the faces blocked out with emojis. Elder said the pictures were not of the students but of his friends.