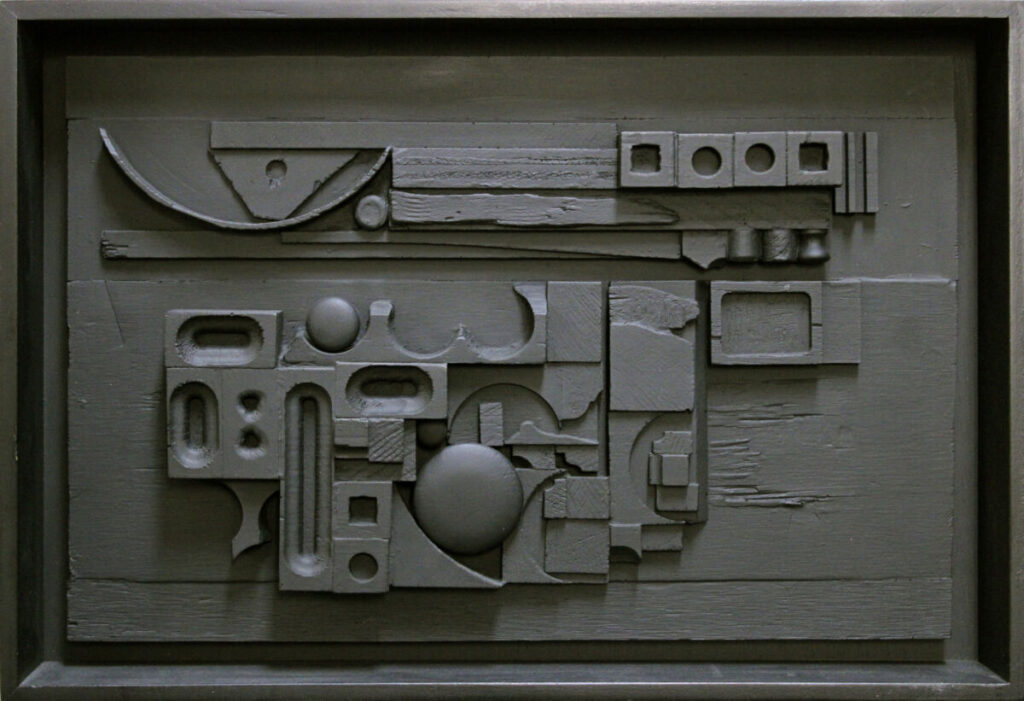 The College of Central Florida’s Appleton Museum of Art announced on Monday, April 11, that it recently acquired and is currently displaying an important work by Louise Nevelson, a “leading artist of the 20th Century,” according to the press release.

On view for the first time, the relief box, titled “Sun-Set,” is “a fine example of her recognizable sculptural interpretations of wood and the natural world,” the release continued.

“Sun-Set” exemplifies the artist’s fascination with the “play of light and shadow on various forms,” per the release. The piece consists of a black rectangular box with curved, round and other geometric shapes in a grid-like assemblage.

The sculpture can be seen in the Modern & Contemporary gallery on the second floor through the end of 2022.

Born Louise Berliawsky in 1899 Kyiv, Ukraine, she emigrated with her family to Rockland, Maine, when she was six years old. Married in 1920, Nevelson then moved to Germany to study under Hans Hoffman before moving back to the United States, freshly divorced, and settling in New York.

Following years of poverty and critical neglect, Nevelson gained recognition in the 1950s and focused almost exclusively on her signature abstract sculptural assemblage forms. By the 1960s, she completed numerous high-profile commissions and was featured in important solo shows. Nevelson died in 1988 at the age of 88.

The Appleton Museum, Artspace and Store are all open Tuesday through Saturday, 10 a.m. to 5 p.m., and on Sunday, noon to 5 p.m.