Marion County Board of County Commissioners

The incumbent District 2 and 4 commissioners are each opposed by write-in candidates. 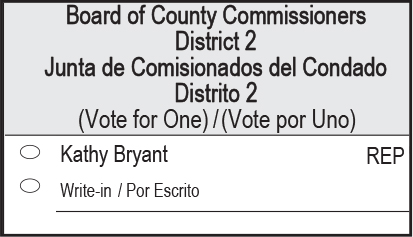 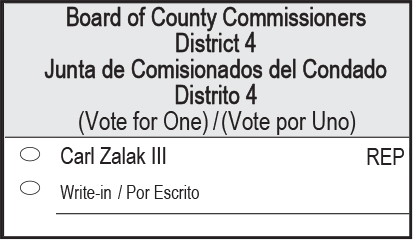 Two local attorneys are seeking to replace County Judge Jim McCune, who is retiring at the end of the year. The race is nonpartisan.

LeAnn Mackey-Barnes is a 2002 graduate of the University of Florida Fredric G. Levin College of Law. She was admitted to the Florida Bar the same year.

She is the chief attorney for Public Defender Michael A. Graves and supervises all of the office’s attorneys and staff. She has handled felony, misdemeanor and juvenile criminal cases, truancy and domestic relation injunction contempt cases, as well as Baker Act and Marchman Act civil cases.

Renee Thompson is a 1999 graduate of the University of Florida Fredric G. Levin College of Law and was admitted to the Florida Bar in 2001. Since 2016, she has been an attorney specializing in civil law and a mediator with the firm of Upchurch, Watson, White & Max Mediation Group in Ocala. She also owns her own civil law firm, Thompson Law Center PLLC.

Amendment 1, part of efforts to address the effects of rising sea levels and climate change, is aimed largely at financially helping property owners who take steps to protect their homes from flood damage, including elevating all or parts of their homes.

If approved by voters, such improvements would not be considered in determining the property’s assessed values for taxation. Elevation work would require meeting National Flood Insurance Program and Florida Building Code standards.

A 2021 Florida Senate staff analysis said the proposed constitutional amendment would reduce local government property tax revenues by $5.8 million during the 2023-2024 fiscal year, with the amount growing to $25.1 million annually. The estimate was made after Florida property owners in the prior 20 years made more than 4.85 million flood-damage claims through the Federal Emergency Management Agency.

When pitching the proposal, Rep. Linda Chaney, R-St. Pete Beach, said homeowners taking proactive measures against rising seas “should not only be rewarded, but they should be incentivized.”

Voters created the Constitution Revision Commission in 1968. The commission’s members are appointed by the governor, legislative leaders, the Supreme Court chief justice and the state attorney general.

The 37-member commission drew the ire of lawmakers in 2018 after it placed a series of questions on the ballot that touched on issues ranging from new ethical standards for public officials to a ban on greyhound racing. In part, the controversy centered on the commission creating “bundled” ballot proposals that tied together seemingly unrelated topics, such as one that sought to ban both offshore oil drilling and indoor vaping.

State Sen. Jeff Brandes, a St. Petersburg Republican who sponsored the proposal aimed at repealing the commission, said last year the commission’s members did not have accountability.

But State Sen. Darryl Rouson, a St. Petersburg Democrat who served on the commission, argued that lawmakers should have focused on prohibiting the bundling of proposals to avoid voter confusion. He said eliminating the panel “will make it harder for citizen voices to be heard in shaping the future of their state.”

Similarly, the League of Women Voters of Florida said that while the 2018 commission was “political” and put amendments forward that “made it difficult to separate valid issues,” the repeal proposal would remove “a generational opportunity for citizens to update their Constitution.”

Ballot measures also can be proposed by the Legislature, through citizens’ initiatives and by the Florida Taxation and Budget Reform Commission, which was also created in 1968 and meets every 20 years.

Under the proposal, homeowners in the targeted professions could receive an additional $50,000 exemption, which would apply to the property value between $100,000 and $150,000

The change, if passed, is projected to save the targeted property owners $80.9 million during the next fiscal year, with the annual savings growing to $93.6 million in five years.

During this year’s legislative session, the Florida Association of Counties opposed the proposal, saying it could shift more of the tax burden to businesses and to renters, who could include members of the targeted professions. However, the association hasn’t taken a position on the amendment in the November election.

State Sen. Bobby Powell, aWest Palm Beach Democrat, cast the only vote against the measure in the Legislature, arguing in March that lawmakers should focus first on affordable housing problems as prices and rents soar.

“I am of the belief that the priority at this point should be to figure out how we can get police and firefighters and teachers into a home, whether it be first-time homebuyers, whatever it may be. We need to figure out how to get them into homes,” Powell said.

Florida law allows up to $50,000 to be deducted from the assessed value of a primary / permanent residence. The first $25,000 of value is entirely exempt. The second $25,000 exemption applies to the value between $50,000 – $75,000 and does not include a benefit on the school tax. There also are additional property tax exemptions for certain homeowners, including widows/widowers, persons with certain disabilities and disabled veterans. 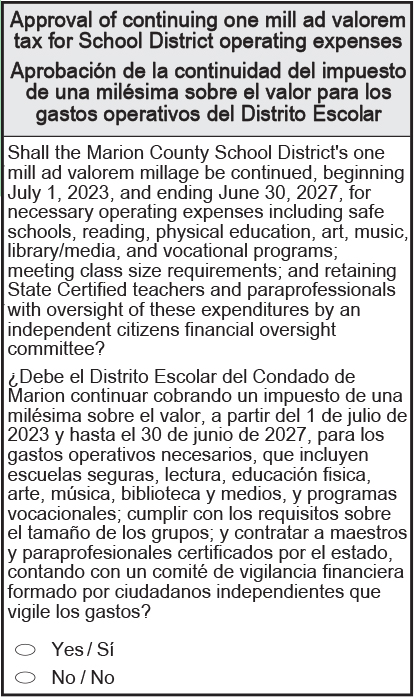 In 2014 and again in 2018, Marion County voters authorized Marion County Public Schools to impose an additional property tax, increasing the tax rate in the school district by one mill–$1 per $1,000 of assessed property value. So, for example, owners of a home valued after exemptions at $325,000 would pay an additional $325 toward operating expenses for the school district. To calculate your household’s tax under the referendum, divide your home’s taxable value by 1,000.