Painter Robert Goodlett knows how to stir up a mood. 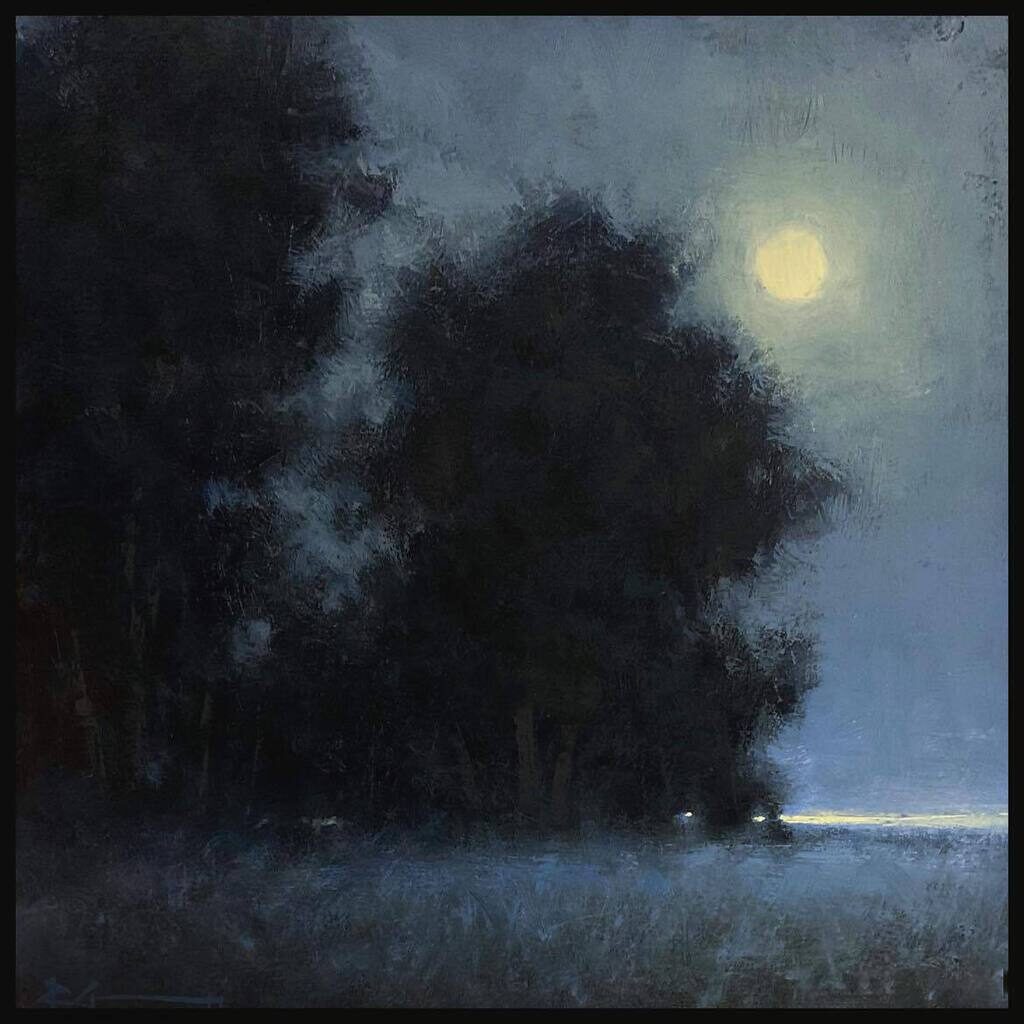 You could say it’s the unexpected or blurred brush strokes or the desolate rural scenes he depicts or the gentle, solitary, smatterings of light.

Whatever comes through in his works, that ephemeral magic is no simple rabbit out of a hat. Goodlett’s stirring effects emerged after decades of practice and experimentation.

Born in 1955, Goodlett had no formal art instruction. He grew up in Hialeah, near the Everglades, in a town that was significantly less populated in the mid-20th century. The area’s stirring rural landscapes and big skies made a big impression on him. He would play in the Everglades-adjacent neighborhood field for hours.

At home, his mother painted miniatures and porcelain. She always left pastels and sketchpads around the house. The art bug bit Goodlett hard, however, when he was fighting off another bug, mono, at age 9.

“She bought me a cheapo oil set to pass the time and I’ve been painting with oils ever since,” he said.

As an adult Goodlett became a professional guitarist but continued to paint. He said he started out as more of a realist.

“I would paint every blade of grass, every little leaf, every branch,” he explained. “It took me years to break myself from that.”

An epiphany overtook him when he read about George Inness, a famous 19th-century American landscape painter and one of the most influential American artists associated with the Hudson River School.

“He did things that just spoke to me,” Goodlett said, emphasizing his affinity for Inness’s later works when he veered more toward the abstract.

Little by little, abstractions came into play and the illustrative details diminished.

“I’m right-handed but would sometimes draw with my left hand,” Goodlett explained. “So, there would be drawings that were more stylized and childlike, but then I’d use my light sensibilities.”

A striking example of his left-handed illustration can be found in paintings pictured on his studio’s Facebook page, facebook.com/pathlightstudiosllc. A series depicting a simple white farmhouse with small narrow windows imparts an eerie beauty. As with other themes, he painted a series of works featuring the Amish-like structure.

Goodlett’s subjects are borne from his imagination and the countrysides he passes by during his travels. 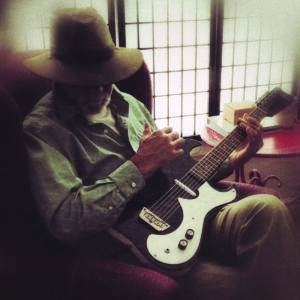 “I’ll see an interesting area coming up and I’ll pick up my phone camera,” he said with a sly laugh. “I always have it on and, as I’m driving, I’ll just start snapping pictures. Oh, it drives my wife, crazy. I think it frightens her a little, but I’m pretty good at it.”

Goodlett has had plenty of opportunities to draw inspiration from a variety of panoramas because he travels across the state and through Georgia to show his work at art shows. That’s how he met Cheryl Ritter, co-owner of CC Fine Arts, in Chelsea Square at 3325 E. Silver Springs Blvd., Ocala, where his works are currently on display.

The name of Goodlett’s workspace, Pathlight Studios, comes from a Psalm: Thy word is a lamp unto my feet and a light unto my path (Psalm 119:105).

His wife, Debra Goodlett, he said, is the light of his life. She works as a purchasing agent for Triple Crown Homes and their son, Justin, is a paramedic.

“We have five acres out here, which was an old watermelon and pecan farm years ago,” he said. “Right across the street are creepy farms.”