Some of Dave Schlenker’s columns have been compiled in “Little Man Big Mouth.” 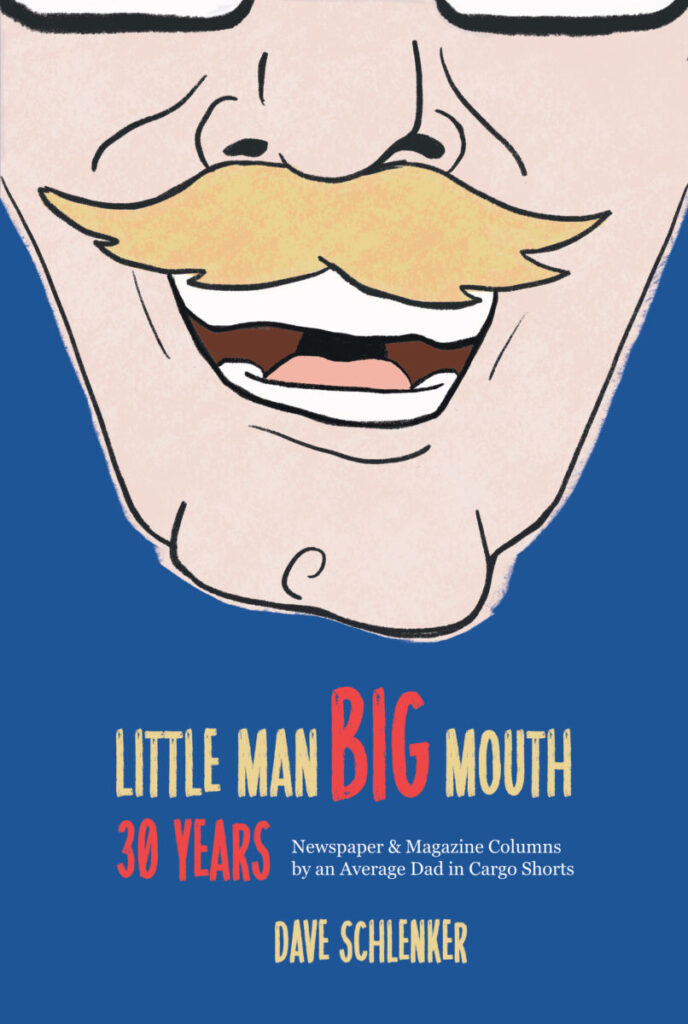 Dave Schlenker knows a lot of people, has an interesting wardrobe and writes some really great stories. The longtime local journalist, who is known for his humorous take on life, wrote columns for the Ocala Star-Banner newspaper for more than 25 years and has penned pieces for Ocala Style magazine for nearly three years. 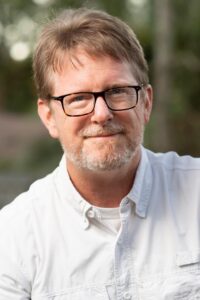 Notes on the book’s website read: “Extra! Extra! Read all about it: Chicken Has Two Butts. Haunted Honda Spews Pumpkin Goo. Pea Does Not Save Constipated Fish. ‘Little Man, Big Mouth, 30 Years’ is packed with true stories that, despite better news judgement, made it into print. Dave Schlenker explores epic husband fails, basket cults and Presbyterian squid. These are the stories of a doting dad navigating newsroom nonsense. They are as fun as they are familiar.”

Marion County’s own acting superstar John Travolta, whom Schlenker has written about numerous times over many years, shared these words for the book’s liner notes: “Dave is the best kind of journalist — willing to write prose with perspective, care and humor.”

Many of Schlenker’s columns mention his wife Amy and daughters Katie and Caroline. And various oddly-named dogs and cats. And cargo pants. Buried beneath the tongue-and-cheek delivery is always a poignant gem of wisdom.

“I decided to pursue this collection because, much to my surprise, people often asked me about it,” he said. “In fact, the biggest challenge was finding enough material from the pre-internet-archive days. Thirty years is a very long time and, at some point, Amy and I just stopped saving clips. Going through the columns we did find was as fun as it was painful. Many were not exactly the Pulitzers I remembered them to be. There were columns I spent weeks chasing down, thinking they would be brilliant additions to the book. Then, when I found them, I realized they should’ve never seen the light of day to begin with. But it also worked the other way. Pieces I thought were complete duds back in the day seem to have a lot of relevance and substance to them.”

A book release party for “Little Man Big Mouth” will be held 6 to 8 p.m. Aug. 29 at the Ocala Civic Theatre, at 4337 E. Silver Springs Blvd., Ocala. Half of the proceeds from the event will benefit the theater, with which Schlenker has long been involved in various capacities.

“My deep roots at OCT started in 1979 when I played Iowa chorus kid number six in ‘The Music Man.’ I nailed it,” he said.

“Little Man Big Mouth” also is available through online sites and at the Gallery on Magnolia in downtown Ocala. To learn more, go to facebook.com/dave.schlenker