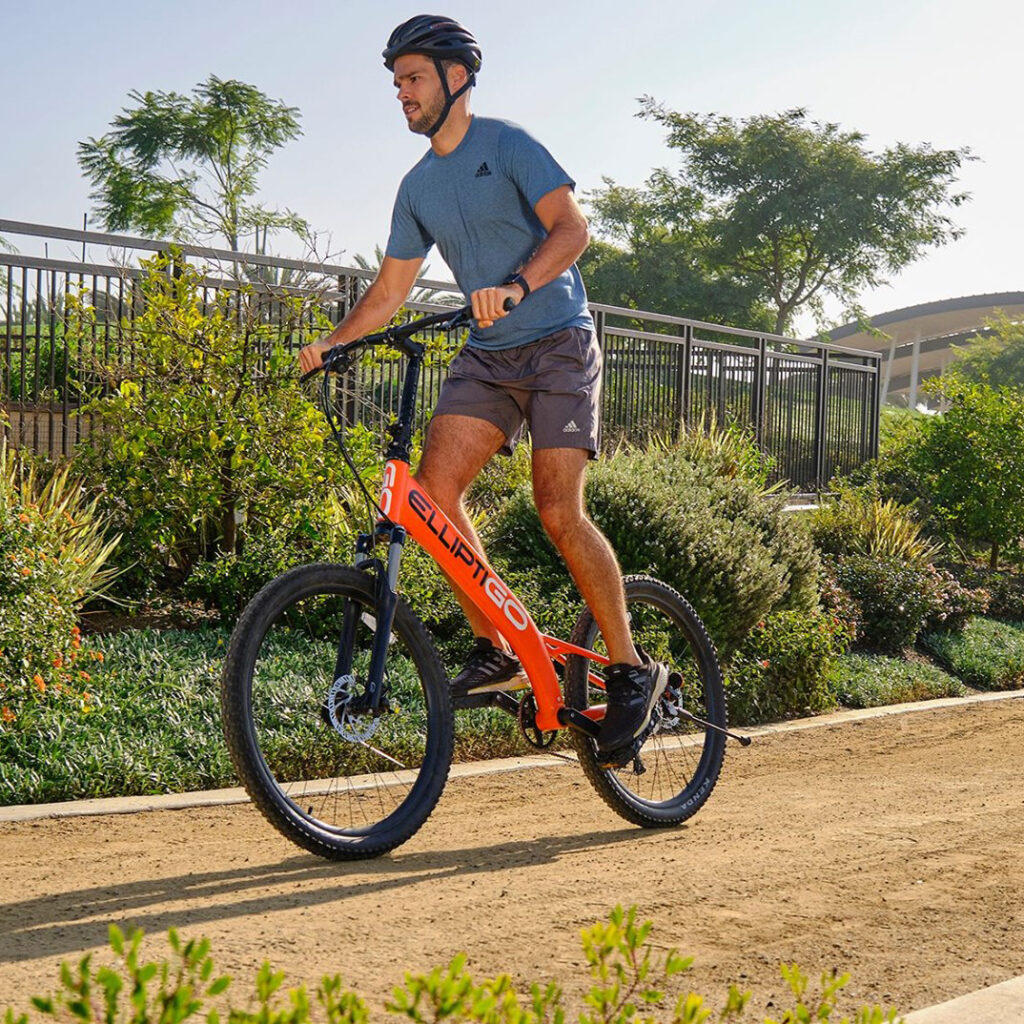 A version of an Elliptigo seatless bicycle is shown in this promotional photo published by the California-based company. [Via Facebook]

Seatless bicycles are causing pain in The Villages as state law technically deems them illegal.

This week a move to tweak the law to allow the seatless bikes moved forward in the State Legislature.

The House Tourism, Infrastructure & Energy Subcommittee unanimously approved a bill (HB 353) that sponsor Brett Hage, R-Oxford, said is needed because people in areas such as The Villages retirement community are getting ticketed for riding bikes that are designed without seats.

He cited bikes sold by the company Elliptigo that are used for exercising.

“They’re very popular in coastal towns, and they’re very popular in a place called The Villages. And in The Villages, the retired community are riding these Elliptigos on the golf-cart paths for exercise, and they’re actually getting pulled over by the sheriff’s department and being given citations because the law says they have to have a seat,” said Hage, whose district includes part of the sprawling community that also encompasses parts of Marion and Lake counties.

The bill would allow riding bicycles without seats if they are designed by the manufacturer to be ridden that way. The citation for riding a bicycle without a seat carries a base fine of $15, though the total can increase to as much as $56.50 because of additional fees, according to a House bill analysis.

An identical Senate bill (SB 738), sponsored by Sen. Dennis Baxley, R-Ocala, was backed this week by the Senate Transportation Committee. Baxley also represents part of The Villages. The bills are filed for the legislative session that will start March 2.