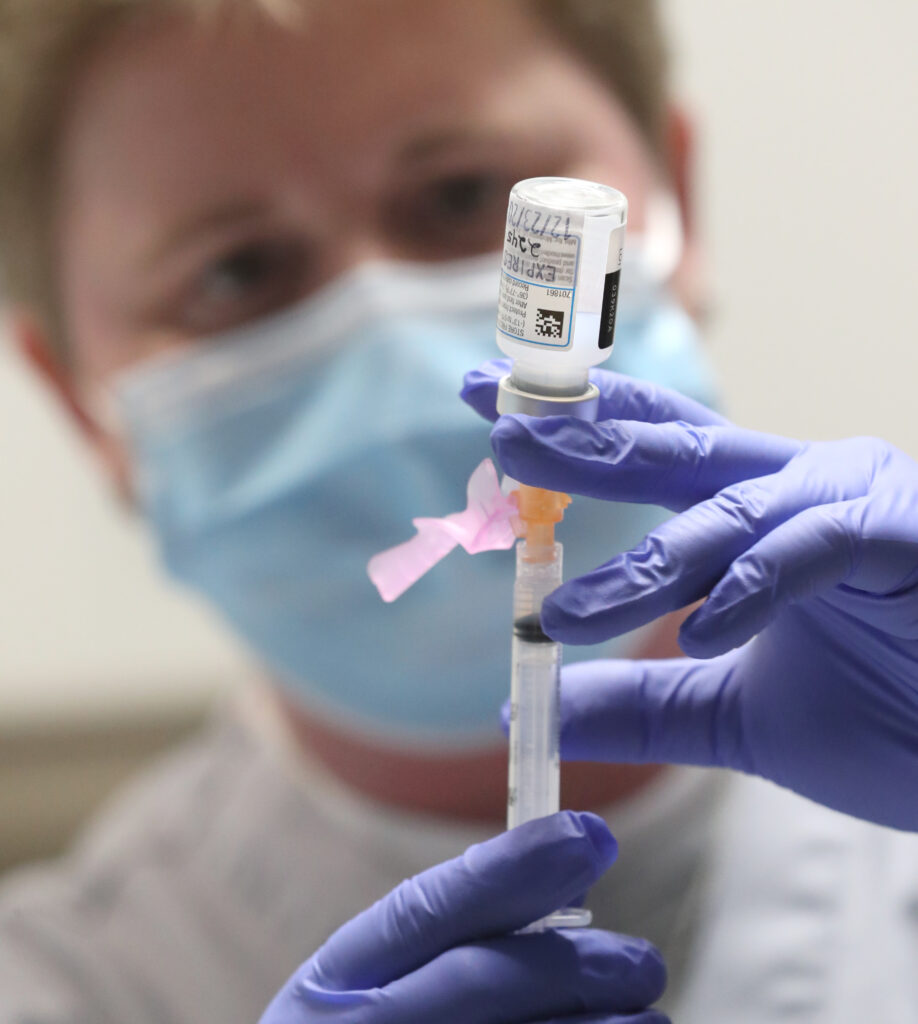 Rae Austin, the Ocala Regional Medical Center pharmacy operations manager, draws the COVID-19 vaccine into a syringe as she prepares the vaccinations for health care workers at the hospital on Wednesday. [Bruce Ackerman/Ocala Gazette]

TALLAHASSEE – In a bipartisan vote, a House panel this week agreed to move forward with a bill that would make it harder to sue nursing homes, hospitals and physicians because of alleged negligence related to COVID-19.

Members of the House Health & Human Services Committee voted 17-3 to introduce a proposal (PCB HHS 21-01) for the 2021 legislative session, which will begin March 2. The move was a first step in delivering on the Republican-led Legislature’s priority of shielding health-care providers from COVID-19 lawsuits.

Four of the seven Democrats on the committee supported introducing the proposal as a bill, based on Chairwoman Colleen Burton’s assurances that she will keep an open door and work with lawmakers who have concerns.

Rep. Christopher Benjamin, an attorney from Miami Gardens, was one of the Democrats who voted in favor of the bill. After the meeting, he cited Burton’s commitment to continue to work with members.

“What people like to do in this process is hope that as it travels through the committee process that they will allow improvements,” Benjamin said. “So we let it go forward so maybe in the next committee … they will tag on an amendment or two because they listened between meetings to what the people were saying. If that doesn’t happen, my yes vote may become a no vote.”

The bill was supported by nursing homes, hospitals, insurance companies and physicians.

The Florida Justice Association, a group that represents trial attorneys, and the Florida AFL-CIO opposed the measure. AFL-CIO lobbyist Rich Templin said the bill does nothing to protect health-care workers.

The proposal would give health-care providers increased protections from COVID-19 lawsuits by patients and residents alleging medical malpractice or violations of rights as long-term care residents.

Under the proposal, a plaintiff would have to prove by a preponderance of the evidence that a defendant was grossly negligent, reckless or committed intentional misconduct. The bill also would decrease a statute of limitations in COVID-19 medical claims to one year. Medical-malpractice claims currently have a two-year statute of limitations.