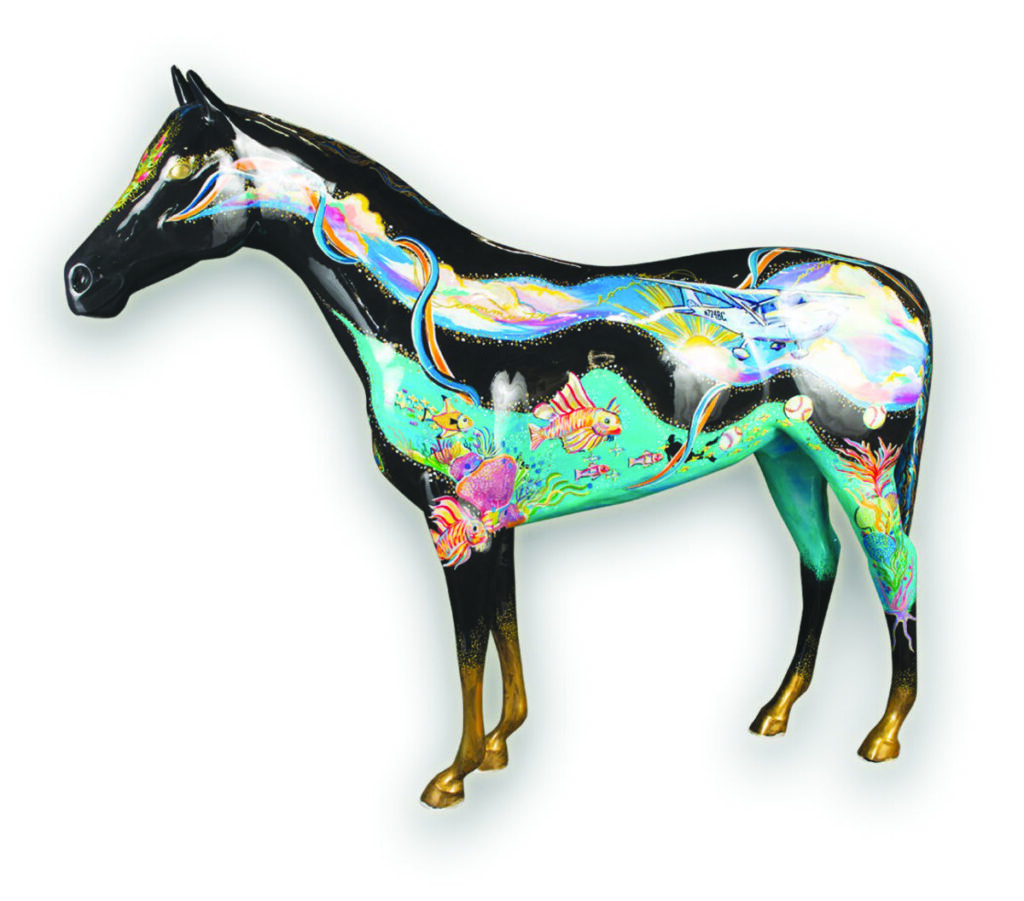 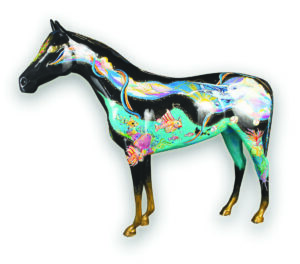 Before the month is up, a painted horse named Legacy will grace the entrance to the Ocala Police headquarters in honor of former Ocala Police Chief, Greg Graham.

A legacy is generally something that is passed down from one generation to the next. But in Ocala, it’s also a work of art, precisely a fiberglass horse that has been painted to memorialize the life and work of the former Ocala Police Chief, the late Greg Graham.

A vote by the City Council on Tuesday, Jan. 4, approved the donation of the Legacy statue into the city’s art collection. Pending Mayor Kent Guinn’s proclamation, the installation is scheduled to take place on Jan. 25 at the entrance to the Ocala Police Department (OPD) headquarters, weather permitting.

Ashley Dobbs, marketing and communication manager for the City of Ocala, said a cement slab pedestal had already been poured.

The art is the work of Orlando resident Derek Grimsley, who painted the background blue and black and added a gold police badge to the horse’s chest. Fine gold lines run throughout the horse’s body with symbolic words like loyalty and community.

Graham’s widow, Amy, provided photos to Grimsley, as well as participated in several Zoom meetings, all to help the artist properly include more personal images from Graham’s life, including his passion for skiing, hang-gliding, deep-sea fishing and flying.

“It was quite the honor that I was even chosen to represent the late chief of police,” said Grimsley, “partially because my first horse I did was a private commission from the police department and Chief Graham was actually present when we dedicated it to the city.

“Little did I know that I would be doing a second to commemorate his life,” he added.

“Greg Graham was greatly loved by our community and especially loved by this police agency,” Balken said. “Not only was he a remarkable leader who led our department through some challenging times, but he was also a mentor and a friend to many of us. This beautiful statue will help us recall the man he was and the legacy he left to our organization.

“Greg genuinely cared about people,” he added. “Time and again, he would go out of his way to help someone in need …. My hope is this: that when we see ‘Legacy,’ it will remind us of all the good that Greg Graham was known for, especially how he cared for others. I hope this statue inspires us to continue that example.”

The statue was paid for through a January 2021 fundraiser walk hosted by the Legacy Foundation, which was organized two weeks after Graham’s death. The group raised $150,000, with $5,000 going toward the purchase of the life-size horse statue. Angie Clifton, co-chair of the Legacy Foundation, said that after the artwork was done, the finished statue was valued at $30,000.

Other benefactors of the fundraiser included the Boys & Girls Club, Beacon Point recovery center, the OPD Polar Patrol’s community ice cream truck and, Clifton said,“other local services that were near and dear to Greg’s heart.”

“Another project is to sponsor two fire college candidates with a fullride to fire college,” Clifton added. “Greg’s three children are the selection committee. Legacy is keeping Greg’s dreams and commitment to this community alive and well. He was fulfilling his legacy. That’s why we named it that.”