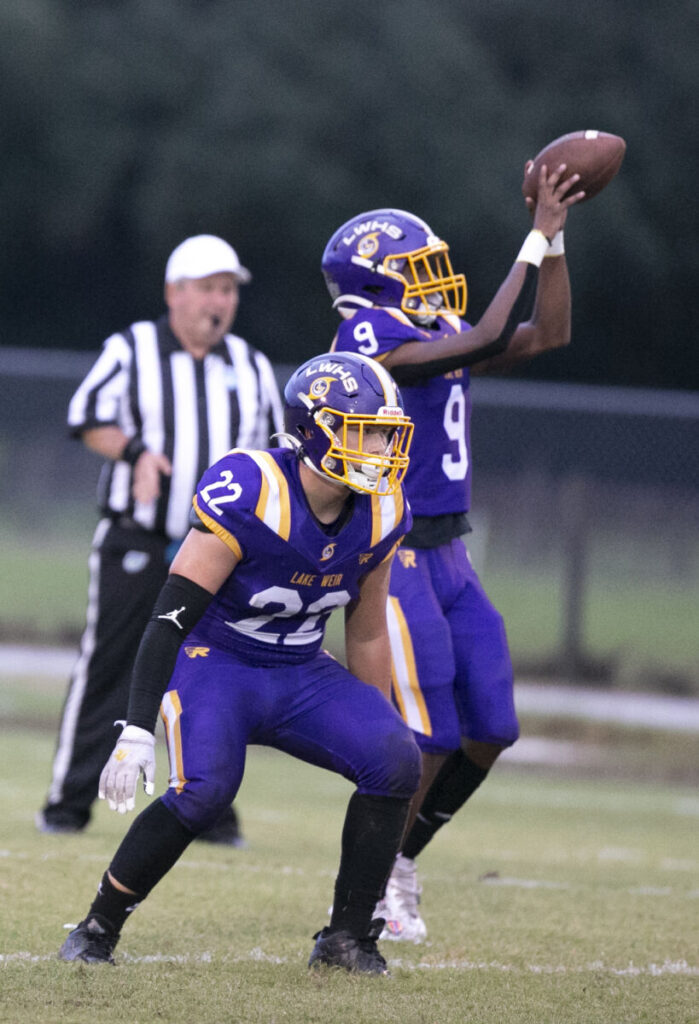 Coming off their first win of the season last week, the Hurricanes are starting to show progression as the 2022 season winds down under first-year head coach Jason Roberts.

The opportunity to notch a second consecutive win was there despite falling behind Umatilla 14-0 in the first half. Lake Weir, on the strength of a committee of running backs, came back to take an 18-14 lead.

“We have seven different people who can run the ball and it gives us the ability to keep guys fresh. When we put a package with four of those seven out on the field at the same time, it keeps opponents honest.” Roberts said.

Jacob Cooper, Jackson Quick and Jahari Holt all scored rushing touchdowns against Umatilla. Keeping players healthy and fresh is imperative as the Hurricanes dressed out 32 players for the game.

Umatilla would finish the game on a 19-6 run in the second half to take home a 33-24 win. The loss may hurt the players, but Roberts is happy with the growing confidence of his team and looks forward to continuing the process in the off-season.

“We have eight seniors and four juniors, and the rest are underclassmen getting a ton of experience. They are learning and progressing, now it’s not so much about if they are in the right spot but more so of finishing the play and playing with more aggressiveness.” he said.

Roberts and his team would like to hold off on the off-season talk for a couple more weeks and have the chance to do so if they can win their district game against Crescent City next Thursday combined with a loss from Atlantic (Port Orange), which would give them the 2-Suburban District-8 championship.

“We (coaching staff) told the kids tonight; this one stinks but we were in the game and had a chance to win. I told them that everything is still there to play for, and we can achieve our goal we set at the beginning of the year; winning a district championship.”

He added: “Bobby Bowden said there are four phases of building a program. You lose by a lot then lose by a little. Then you win by a little and then win by a lot. This year we have started changing the culture and not only did we get a win but we’re competitive in these games, that’s a good sign for the program.”