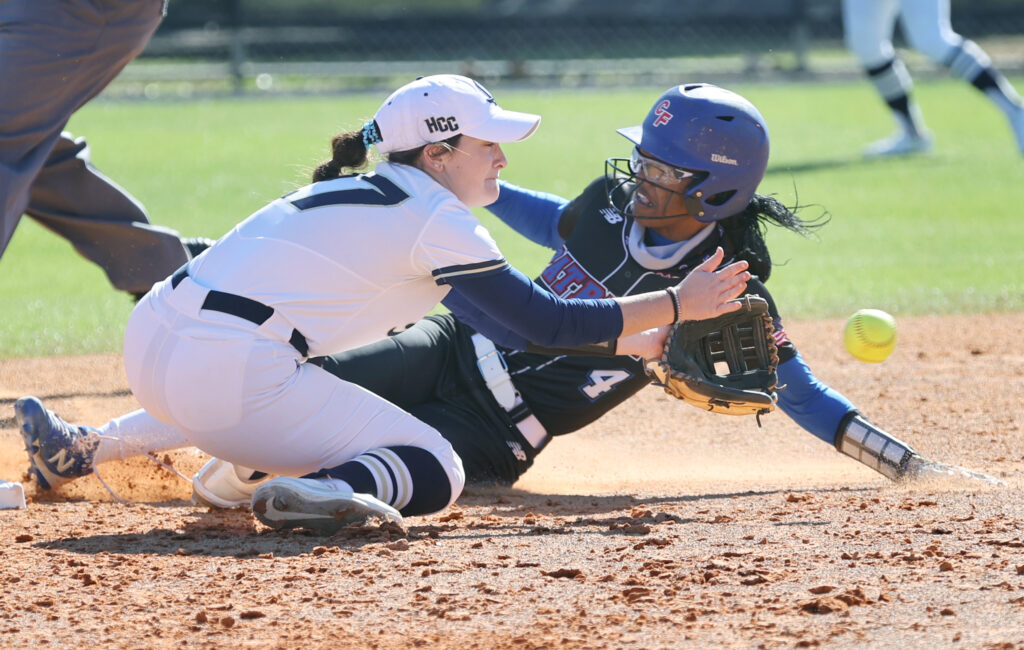 Coming into its home opener on Feb. 2, the College of Central Florida softball team was off to a hot start.

At 5-0 and with an average of 9.4 runs per game, they hoped to keep the streak going during their two-game home slate against Hillsborough Community College on Feb. 2.

The Lady Patriots picked up right where they left off: thumping teams with their lineup.

During Tuesday’s action, CF’s lineup tallied 32 hits – 18 in game one and 14 in the second. The Lady Patriots’ strong offensive outing helped them increase their record to 7-0 behind 16-1 (five innings) and 10-4 victories.

Through the course of the afternoon, two CF redshirt-sophomore sluggers, Emily Dixon and Odalys Cordova, each lifted a pair of home runs over the fence against the Hawks.

“Dixon and Cordova continue to see the ball well,” CF head coach Mike Lingle said in a written statement. “Our speed and athleticism continues to pressure defenses while stealing 12 bases.”

“Gianna Guerriero has been on fire,” Lingle said. “Hitting above. 600 on the season with two home runs… one today.”

From the circle, redshirt-freshman Madison Edwards started game one for the Lady Patriots and hurled five innings in a game that saw her give up just three hits. Meanwhile, the righthanded ace tossed eight strikeouts to Hillsborough’s struggling lineup.

Lingle spoke highly of Edwards, calling her “one of the most accurate pitchers I have ever coached.”

In the second game, a pair of rookies in Amy Kennedy and Sophie Abrams split pitching duties in the seven-inning bout.

Kennedy notched the win behind a five-inning, five-strikeout performance in game two. Abrams followed behind Kennedy, pitching a two-inning save.

On Feb. 5 and 6, the Lady Patriots, who rank as the second-best JUCO program in the state and the third-best in the nation, play in Dothan, Alabama. The 7-0 CF softball team will take on a four-game slate against Wallace State Community College-Hanceville, Georgia Military College, Jones College and Snead State Community College.The Lady Patriots’ action will get underway at 4 p.m. on Feb. 5 and continue into Feb. 6 with games at 10 a.m., 3 p.m. and 5:30 p.m.

CF’s next homestand takes place on Feb. 16 when the Lady Patriots host the State College of Florida, Manatee-Sarasota for a double-header at 2 p.m. and 4 p.m.

“If we can continue to pay attention to details and clean up the little miscues, this could be a special group of ladies,” Lingle said.