Kelly Preston, actress and Ocala resident, passes away at 57 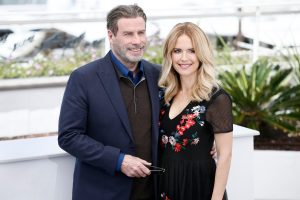 Actress Kelly Preston, a resident of Ocala and wife of actor John Travolta, died late Sunday after a two-year bout with breast cancer. She was 57.

Travolta, who with Preston were among the first landowners in the Jumbolair aviation community near Anthony, announced his wife’s passing in an Instagram post early Monday.

“It is with a very heavy heart that I inform you that my beautiful wife Kelly has lost her two-year battle with breast cancer. She fought a courageous fight with the love and support of so many.  My family and I will forever be grateful to her doctors and nurses at MD Anderson Cancer Center, all the medical centers that have helped, as well as her many friends and loved ones who have been by her side,” he wrote in a post around 2 a.m.

“Kelly’s love and life will always be remembered. I will be taking some time to be there for my children who have lost their mother, so forgive me in advance if you don’t hear from us for a while. But please know that I will feel your outpouring of love in the weeks and months ahead as we heal. All my love, JT.”

As of mid-morning Monday, the post had generated nearly 891,000 likes.

Preston was best known for her role in “Jerry Maguire,” a 1996 film that also starred Tom Cruise. Her film resume included roughly 40 movies since 1983, several of which – such as “Battlefield Earth,” “Old Dogs” and “Gotti” – featured her working alongside Travolta, her husband of 29 years.

Tragedy struck the couple in January 2009 when their oldest son, Jett, then 16, died from a seizure while the family was vacationing in the Bahamas.

Besides Travolta, Preston is survived by her daughter, Ella Bleu, 20, and son Benjamin, 9.