In toon with D.J. Reynolds

The joy that D.J. Reynolds experiences as a Floridian and pop culture connoisseur emanates through his campy and colorful art. 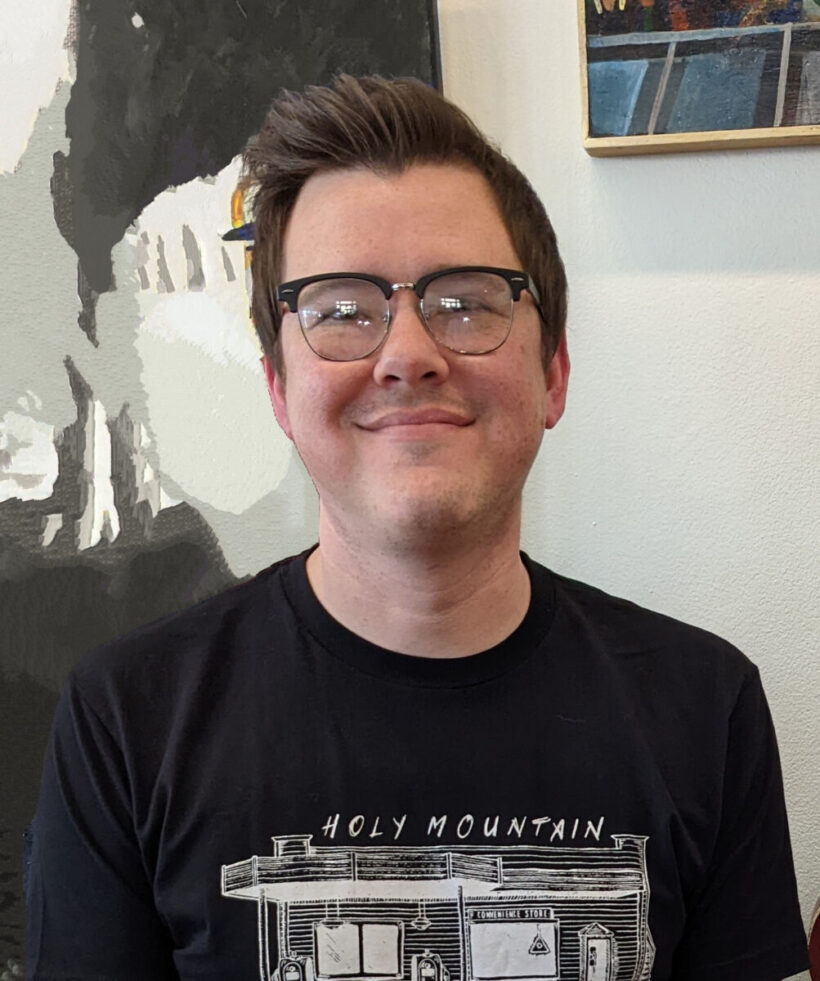 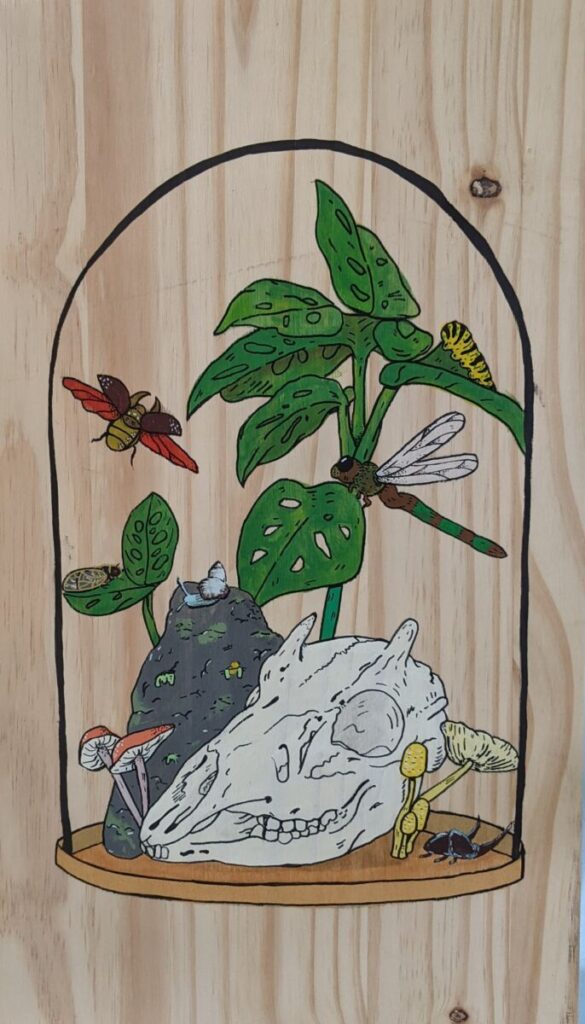 The colorful and campy artwork of D.J. Reynolds offers a refreshing break from the self-seriousness too often associated with contemporary art.

Born Donald James Reynolds in Ocala, the eclectic illustrator exudes positivity with an edgy irreverence, a distinctive convergence of sensibilities that distinguishes his cartoon-like artwork. He paints an assortment of animals, including menacing felines. In one illustration, he captures a floating head of black cat, mid-snarl, and captions it “100% Jerk.”

Reynolds draws with clean lines and popping colors, the types of illustrations you see in contemporary magazines such as “Wired” and on the covers of pre-corporate alt-newsweeklies.

Reynolds’ art pays homage to pop culture fetishes of today and past decades, including “The Creature from the Black Lagoon,” Wes Anderson movies, classic country, Joey Ramone, popstars incuding Childish Gambino and TV favorites such as “The Simpsons” and “King of the Hill.”

He also loves all things Old Florida, plants, animals and, perhaps, most of all, his pet Corgi, Scout. Gainesville punk shows and street-skateboarding sessions dominated his adolescence. He still has a board and rides it “a little bit.”

Scroll down on Reynolds’ Instagram page and you’ll see a snapshot of him with Jonathan Richman, who came into mainstream prominence as the troubadour in “There’s Something About Mary.” Richman’s acerbic observations and humor have been an obvious influence on Reynolds.

“He’s one of my all-time favorites,” Reynolds said of the famed singer-songwriter.

Skateboarding and counter-culture music still inform Reynolds’ subjects and the wooden skate decks that he paints on. He also paints on plant pots.

“I like to use a lot of like skateboards and wood, and I’ve done items on guitars,” he said

One of those guitars, which boasts a tribute to the country classic tune “Eastbound and Down,” was chosen and sold during the “Music Moves Marion” exhibit earlier this year at the Brick City Center for the Arts. The instrument bears the song title along with a painted illustration of its singer, Jerry Reed, and “Smokey and the Bandit” co-star Burt Reynolds. “They’re heroes of mine,” Reynolds said affectionately.

The graduate of Vanguard High School works as a banker and financial advisor by day. He and his wife, Andrea Reynolds, don’t have kids, but they dote on their cherished pup, named after the plucky heroine of “To Kill a Mockingbird.”

Locally, he sells his stickers at downtown shops (information below) and he created a snazzy album artwork for the local band Glizzy Gillespie that boasts Hank Hill of “King of the Hill” dressed in a hat and loud shirt that opens up to a T-shirt with the band’s logo.

“I’d say 90 percent of what I do is acrylic paint, especially on canvas or the wood,” he shared. “The other half of my art is digital arts and a lot of people know me for my digital items. … There’s always a bit of a stigma when you do digital work. People don’t know what it is. I actually used to think that way myself. Like, ‘Oh, it’s not really art. Well, blah, blah, blah.’ But, it very much is with the tools that are available to you today for electronic use.”

When trying to trace his idiosyncratic mix of pop culture sensibilities, Reynolds dated himself “on the tail-end of Gen X, an early Millennial,”

“I have always, always been fond of art,” he emphasized. “I painted all through school, and it’s funny, when I was in high school, I submitted a painting to FAFO, you know, 20 years ago. And it won first place in the high school division.”

FAFO stands for Fine Arts For Ocala, which is the group that organizes the annual Ocala Arts Festival, which took place recently in downtown Ocala.

“I did an art show about five or six years ago, and after I got all set up, the artist at the booth next to me asked, ‘What’s your art Instagram?’ In a panic, I created one with first name that came to mind and it stuck. And, as a footnote to that story, this year I submitted a piece to the emerging artist competition held at city hall and came in second place. So, now, it’s kinda official!”