Hundreds of applications received for millions in CARES Act funding 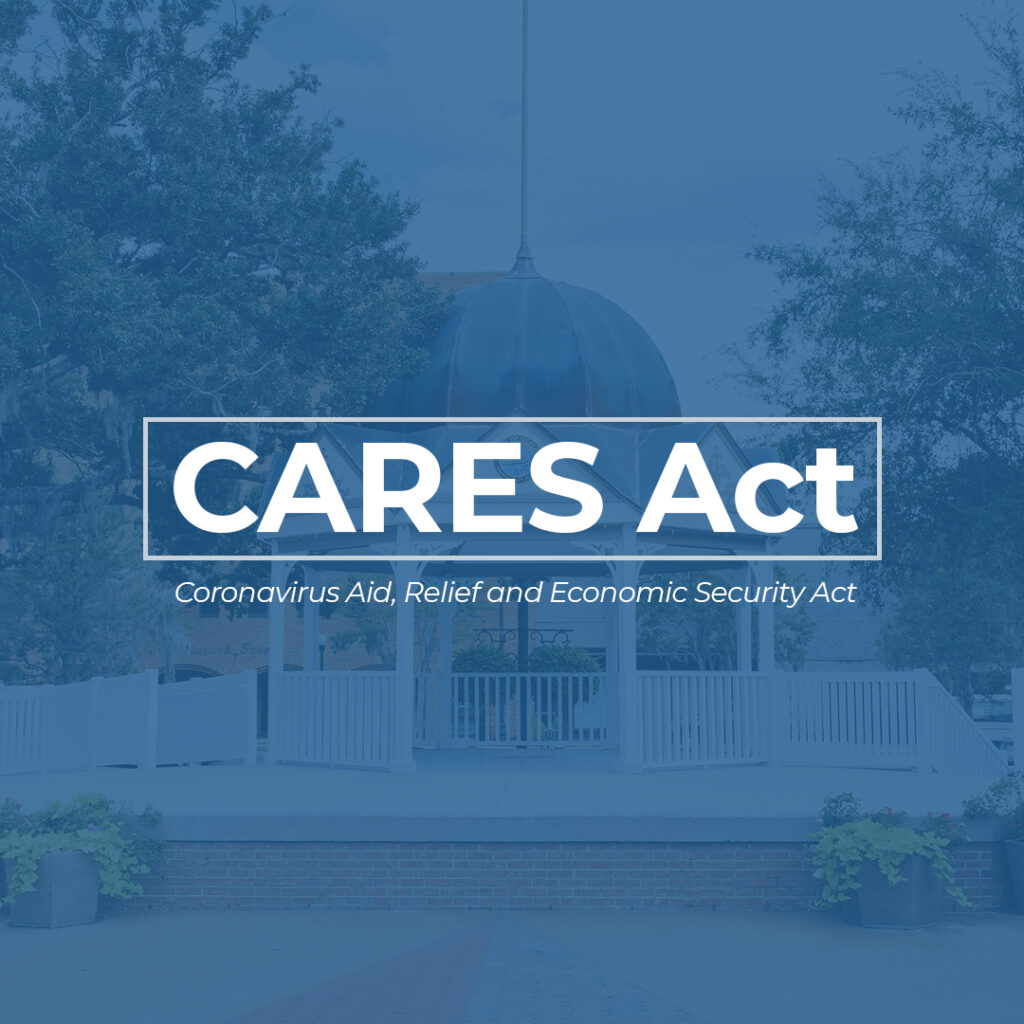 Scores of people, businesses and nonprofits have lined up for the first installment of Marion County’s COVID-19 relief program.

With almost $16 million in hand, and another $48 million in reserve, the County Commission has funneled aid along three separate tracks. And requests to tap each have filled up fast.

In August the board approved deals with the Ocala/Marion County Chamber and Economic Partnership, the United Way of Marion County and the Community Foundation to target specific sectors hammered by COVID-19.

The CEP is responsible for administering relief for businesses, the United Way helps individuals, and the Community Foundation aids local nonprofits.

Each has been given a slice of $15.9 million Marion County received through the federal Coronavirus Aid, Relief, and Economic Security, or CARES, Act, a $2-plus trillion coronavirus aid package passed by Congress and signed into law by President Donald Trump in March.

That was the first installment of a $64 million fund the county has been allotted for COVID recovery.

Nearly half of the county’s initial draw — $7.5 million — went to the CEP for Moving Biz Forward, the highest-profile distribution tool the county has utilized so far.

Kevin Sheilley, CEO and president of the CEP, said the program has drawn 140 applications since its launch in mid-August.

In the program’s first few weeks, Sheilley said, the CEP’s internal review committee has green-lighted $2.3 million. County officials, who grant final approval over all expenses, have agreed to dole out $1.75 million of that to date.

For example, the CEP’s most popular program, based on money sought, has been Bridge to Recovery, which provides funding for rent or mortgages, salaries, utilities, supplies and working capital to companies with fewer than 25 employees.

The CEP’s review committee has backed $1.1 million for that to date, Sheilley said.

The next most sought-after funding falls under the Preparing for the Future program. That has totaled $570,000 to date. This effort gives assistance to companies that make products that help fight COVID-19.

The CEP committee also has endorsed $400,000 more through Moving Forward, which makes forgivable loans to companies with 26 to 100 workers for rent or mortgages, salaries, utilities, supplies and working capital.

Meanwhile, its Project Operating Safely has been tapped for $162,656. That provides up to $3,000 in reimbursements to local businesses with fewer than 100 employees and up to $10,000 for those with more than 100 to buy personal protective equipment (PPE) and other safety-related items.

Finally, $82,939 has been approved for the Testing Capacity Reimbursement Program. That provides grants, capped at $30,000, to private, for-profit labs, clinics and physicians’ offices for COVID testing supplies or equipment, remodeling or expansion costs, or capital Improvements.

A county report shows that recipients have included a diverse array of companies, including fitness clubs, restaurants, fire-safety equipment manufacturers, accounting firms, transportation companies and some of Ocala’s biggest employers.

Sheilley said he’s pleased with the Bridge to Recovery response because it is exceeding expectations. “The need is greatest with our smallest businesses, especially in the hospitality/entertainment sector, which I think explains the success of Bridge to Recovery,” he said in an email.

“Our larger businesses seem to generally be faring better, which probably explains the Moving Forward response. We are still encouraging businesses to apply for the two reimbursement programs since they have already spent the money. I think we will see more traction on both of those programs.”

Sheilley said he didn’t anticipate having to ask commissioners for more money at this point.

Aside from those business grants, the county has developed eight broad categories for possible recipients. They include: other local government agencies; food-distribution charities; housing assistance programs; human services outlets; COVID testing initiatives; job training; expanding broadband; and shelter for those who must be quarantined.

Scot Quintel, president and CEO of the United Way, said the agency is processing requests to assist with rent or mortgage payments or utility bills for those who can demonstrate they took a financial hit because of COVID.

The county has dedicated $1 million for this effort, which entails paying landlords, lenders and utility companies directly, instead of paying the applicants.

The United Way has processed about 50 of the more than 200 applications it has received to date, Quintel said.

He added it was too soon to tell how far funding would stretch. “We’re still trying to analyze that,” he said. “As we get into October, we should have a better sense of the numbers.”

Lauren Deiorio, the organization’s president and executive director, said the foundation has received 91 applications for help. In roughly a month, 29 of those requests have been shipped to the county for approval, while the rest are at various stages of the pipeline.

The County Commission has allocated up to $3 million for the foundation’s efforts, Deiorio said. So far, $1.6 million has been approved, although it has not yet been distributed to the organizations. Another handful ready to be forwarded for final approval in a few days will push the total beyond $2 million.

The funding has covered things such as PPE, deep cleaning and sanitation of facilities, technology to support counseling services that cannot be done in person and partitioning to improve social distancing.

But in some cases, nonprofits have sought help with “unmet expenses,” Deiorio said. For example, as COVID fears spread, those that once relied on older volunteers have turned to hiring and paying younger part-time assistants.

“2020 fundraising events have just disappeared,” she said. “It’s an interesting dynamic because a lot of nonprofits have trouble with revenue diversification.”

“We’re doing everything we can to advocate for nonprofits because we know they operate a lot of programming for the community that the community could not do without. If we don’t build the capacity of nonprofits, we’re going to see an increase in things like addiction, mental health (issues), homelessness, domestic violence. We want to help in any way we can.”

Deiorio added that she wasn’t surprised by the 29 applications processed so far, but she wonders about the other 62. She said the Foundation is encouraging them to finalize applications as soon as possible because if they don’t get funded, funding might not be available.

Aside from those initiatives, the county as of Sept. 25 has spent nearly $1.8 million to cover its own needs and those of other government agencies, a county report indicates.

The county’s expenses have run the gamut – from as little as $32 for nuts and bolts to install plexiglass barriers to $66,000 for three ultraviolet light sanitizers to $175,825 for temperature-screening kiosks.

In other examples, the county provided Sheriff Billy Woods $1 million to defray overtime costs when COVID spread through the jail.

And for instance, the city of Ocala received $227,546. Spokeswoman Ashley Dobbs said the funding was used for PPE, sanitizing equipment, disinfectant supplies, UV lighting, and other equipment to meet regulations to mitigate the spread of COVID-19 in public buildings.

The process will be ongoing for a few more months.

And to help with vetting, the County Commission in August hired the Washington, D.C.-based consulting firm Witt O’Brien’s, which specializes in crisis and emergency management, to coordinate the distribution of the CARES funding.

Gov. Ron DeSantis announced on Sept. 18 that the 55 counties with populations below 500,000 – which includes Marion County – would soon receive another installment of  a combined $255 million.

DeSantis’s directive added that counties must provide documentation on how they spent the initial payment, as well as a plan for the second sum.

Additionally, the governor said future payments will be handled as reimbursements for costs, since the state is on the hook for any expenses considered ineligible under CARES Act rules.