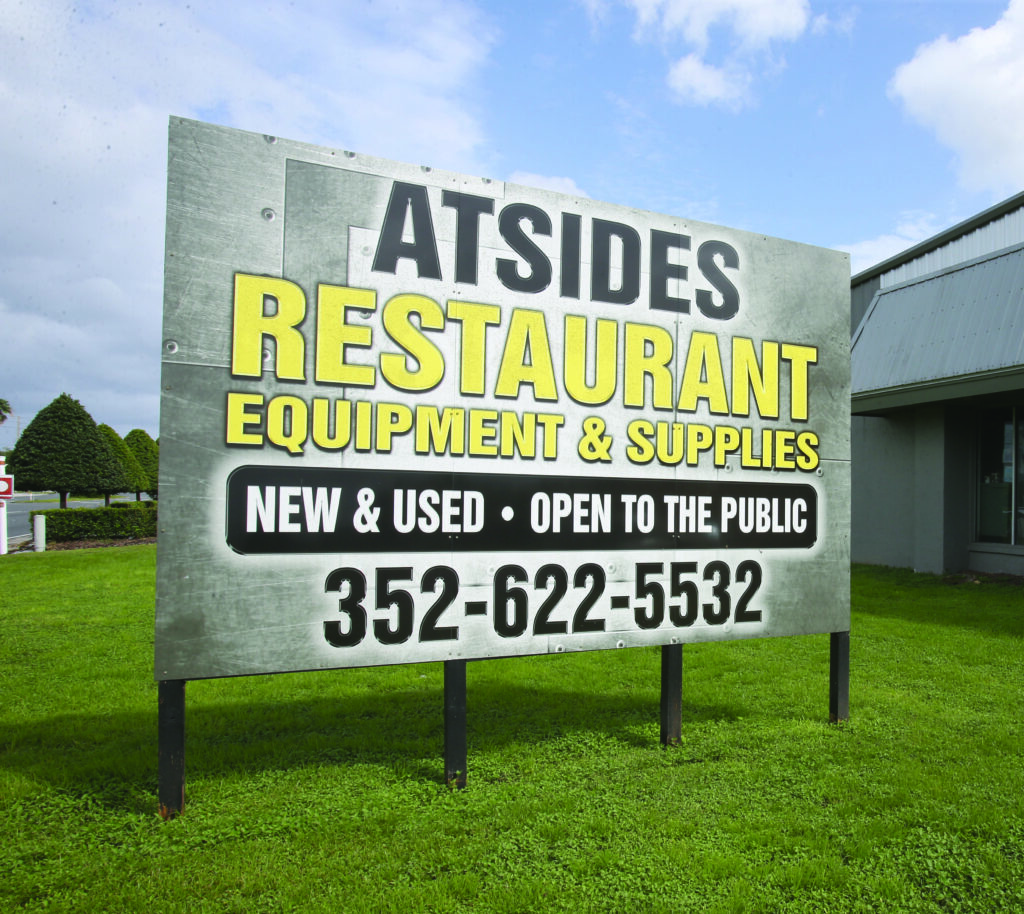 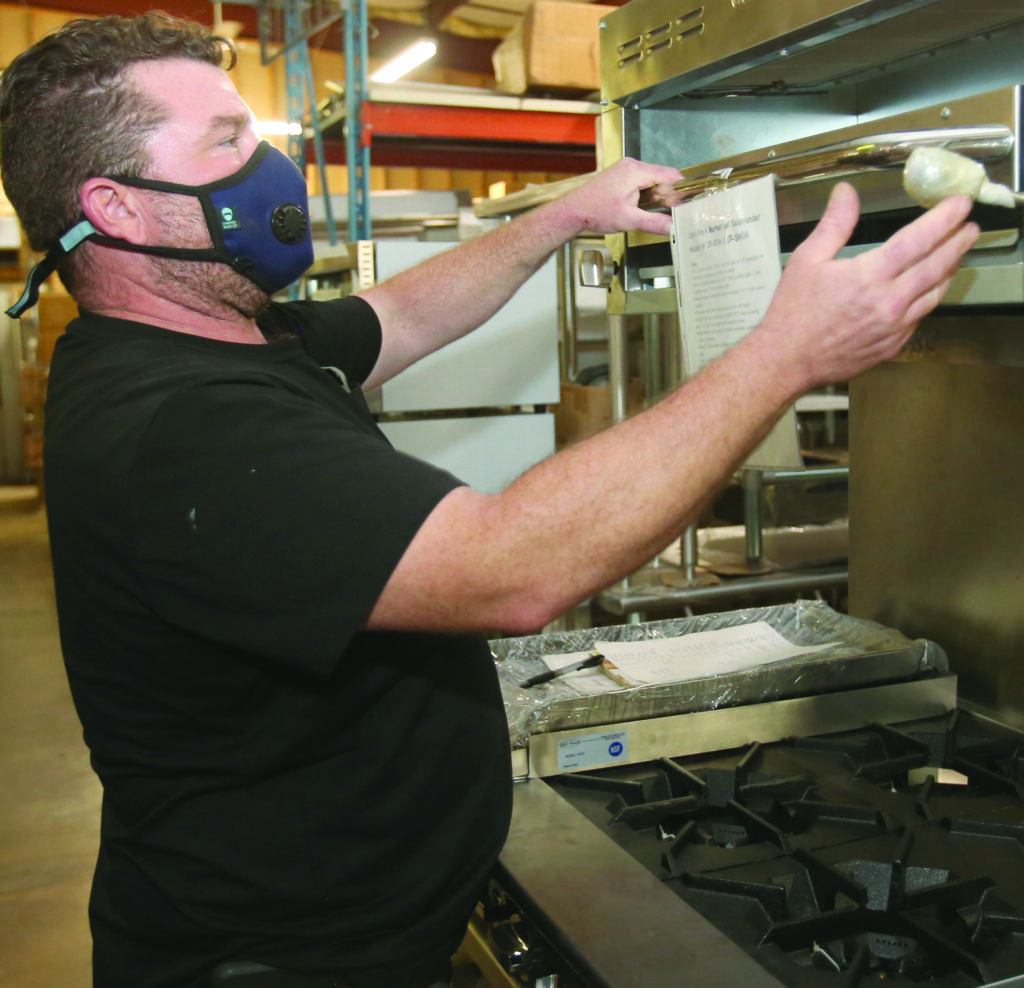 Michael LaRock, the warehouse manager, describes some of the features of a Core Pro commercial gas range and oven that is for sale at Atsides Restaurant Equipment and Supplies on West Silver Springs Boulevard in Ocala.

In more normal times, business leaders who can best anticipate and adapt to the unexpected often get an edge on competitors.

In the year of COVID-19, the qualities of anticipation and adaptation are essential in a more primal way—without them, a business simply may not survive this era of unprecedented disruption.

Stacey Atsides, owner of Tom Atsides Restaurant Supply, began paying attention to the toll the novel coronavirus was taking overseas weeks before the outbreak in the U.S. began making headlines. Her two children go to school in Europe. By February, they were living in lockdown. In addition to health concerns, Atsides saw business impacts.

“That’s when I realized that we might have an issue with the supply chain and I started ordering heavy on inventory,” she said.

According to Atsides, she spotted a freezer shortage early and invested $100,000 in buying them.

“We’ve been riding through the summer beautifully and we had freezers when no one else had freezers,” she said. “I’ve sent freezers all over the state.” 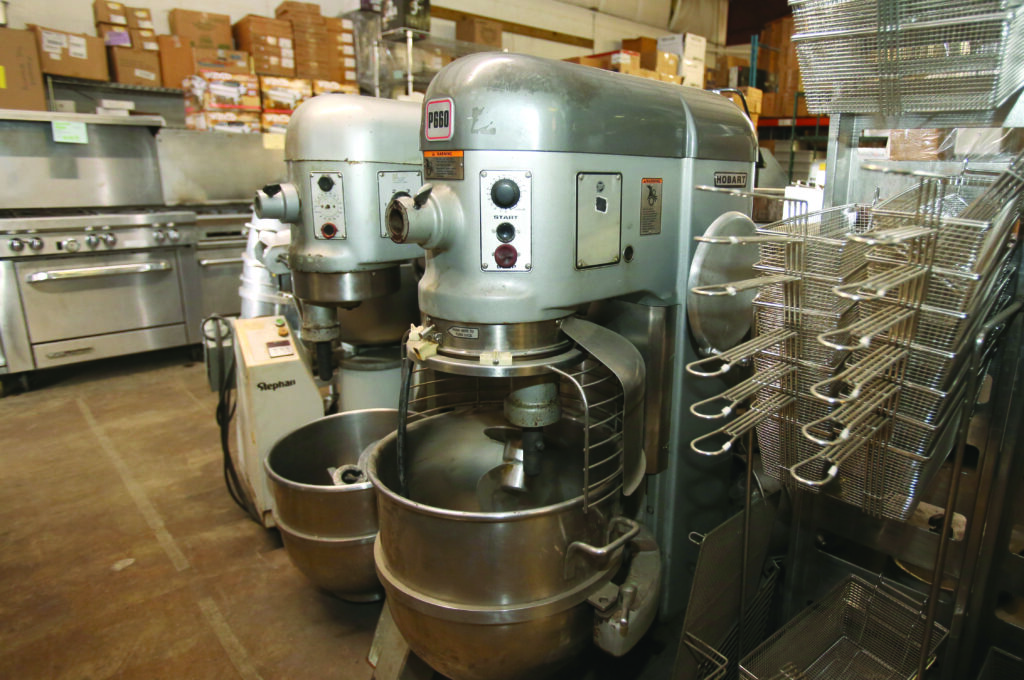 Large mixers that are for sale are shown with other restaurant equipment at Atsides Restaurant Equipment and Supplies.

“People started cooking a lot more at home, so for the residential customer, my knife sales went through the roof,” she said.

The April closing of nonessential businesses for about a month, including restaurants and bars, resulted in a surge of business for Atsides.

“A lot of (restaurant owners) had projects in the works they moved forward with,” she said. “I remember one customer in Dunnellon was in the middle of remodeling and he said, ‘I’m going to take the time and get it finished.’”

Dr. Jennifer Salpeter of Brick City Cat Hospital was already familiar with coronaviruses, nothing new in veterinary medicine. Like Atsides, she began keeping a close eye on COVID-19 in February. That month, she flew to Arizona on business.

“I packed a mask and Clorox wipes to wipe down my seat,” Salpeter recalled. “No one else was wearing a mask on the plane.

“That’s when I began to wonder, ‘What does this mean?’” she said. “I did some reading and got more nervous about the impact of a new coronavirus.”

Salpeter returned to Ocala and held talks with her staff at the specialty practice she founded in 2000. On March 19, Brick City Cat Hospital stopped allowing anyone not on its staff of 13 inside.

“When the client arrives, they call, we talk to them on the phone, a technician will wear gloves and a mask and come to their car to get their carrier and their cat and bring it inside,” she said.

Salpeter said the new approach is less efficient, involving more steps in communicating with clients, but “is really safe.”

“We are very busy,” she said. “Our numbers are pretty similar, maybe down a little bit.

“My biggest concern was how to be able to practice, take care of our clients and their cats and ensure that our staff was safe and able to retain their jobs and their livelihoods,” Salpeter said. “I would say we’ve been very successful.”

Vicky Bryant Morrison, a Realtor, recalled bracing in March for business to come to a halt for her brokerage, Bricks & Mortar.

“What really happened in our industry was that we were blessed enough to kind of continue,” Morrison said. 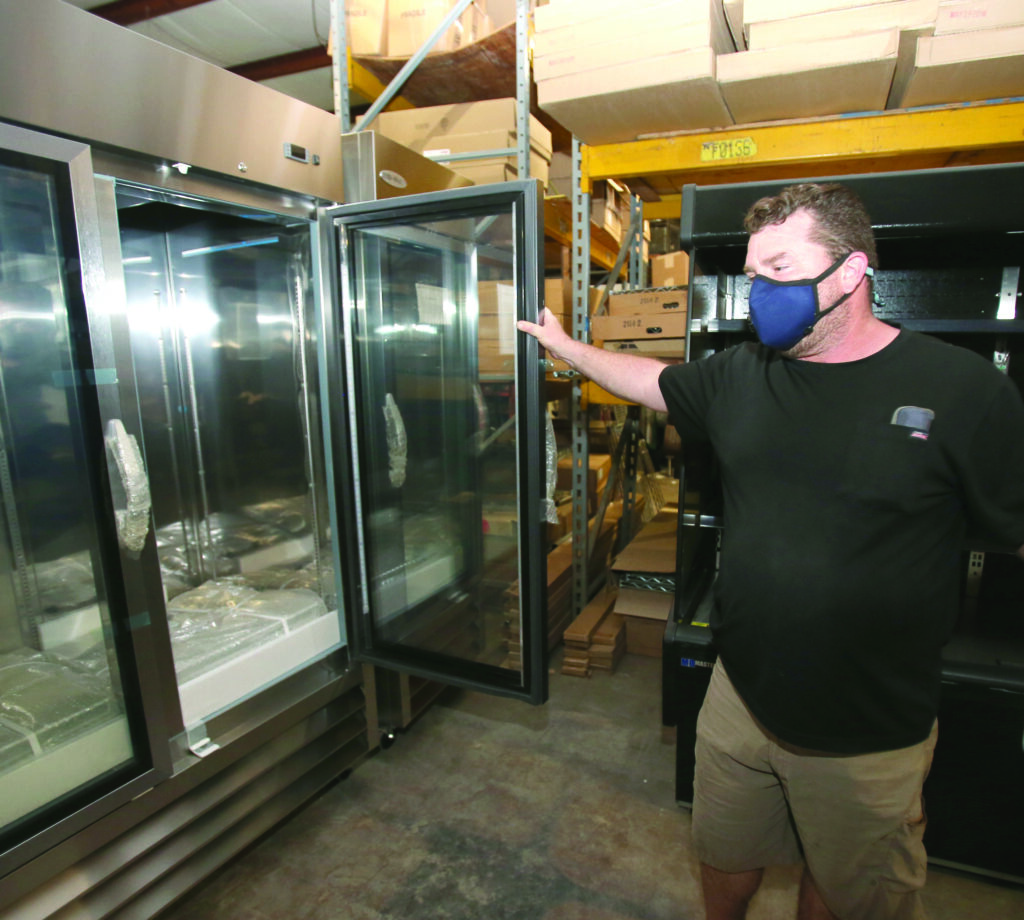 Michael LaRock, the warehouse manager, describes some of the features of a Blue Air commercial refrigerator.

“In our property management portion, we are seeing some people who are struggling a little bit to pay rent,” she said. “As far as commercial tenants are going, some of our restaurants are struggling.”

On the other hand, the brokerage has seen no interruption in requests to see homes for sale, according to Morrison. She credits this to three main factors: Marion County’s real estate market had been suffering from a low number of homes on the market before COVID; interest rates are at record lows; and potential buyers from areas hit harder by the pandemic are expressing interest.

“Currently, if there’s a home on the market and it is at market value, it’s selling within a couple of days,” Morrison said.

The Ocala/Marion County Chamber and Economic Partnership is administering $7.1 million in federal grants for local businesses affected by COVID-19. So far, the CEP and a board including local officials has approved more than $2 million for some 120 businesses, according to Kevin Sheilley, the CEP’s president and CEO. The grant amounts range from $3,000 for personal protective equipment reimbursement for smaller businesses to higher amounts for demonstrated impacts.

Sheilley said business owners can learn about the types of grants and apply at movingbizforward.com.

“We will take applications until the money’s gone or we reach the time limit,” Sheilley said, adding the CEP plans an application deadline of Dec. 1.

Salpeter and Morrison said they considered applying, each deciding the grants are more suited to businesses hurting worse. Atsides has invested heavily in PPE. She plans to apply.

“I just got my invoices together,” she said. 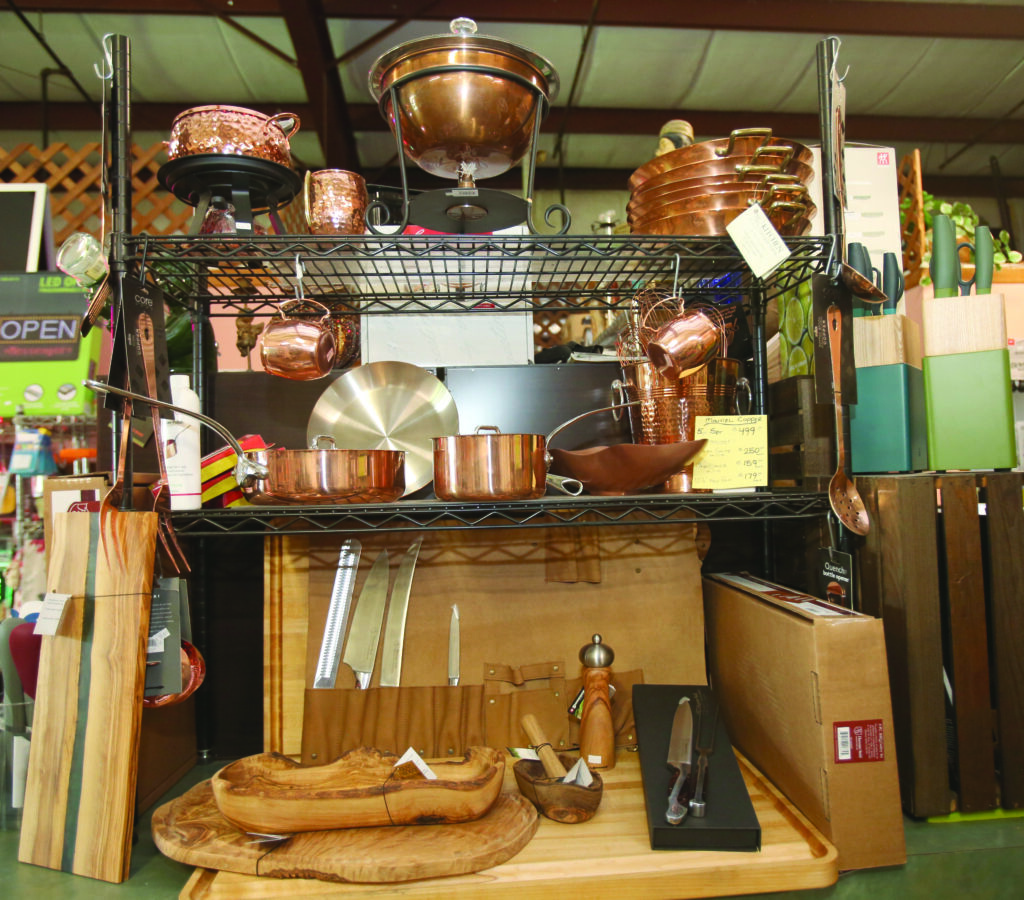 Copper ware and other items are shown for sale.

Morrison said home shoppers no longer ride with agents, who now do as much as possible with technology and electronic signatures.

When Salpeter takes an X-ray of a cat, she photographs it on her iPad and brings it outside to show the owner at a canopied table.

“And we do require that (the owner) be masked,” Salpeter said. “It gets me very annoyed when people’s masks go beneath their noses. It took me a while to get confident to tell people to please raise their masks, because it just seems so obvious and I don’t like to be confrontational, but I’ve learned to do that.”

Atsides and employees hand out masks at the door at both the restaurant supply and Stella’s Modern Pantry, her gourmet shop downtown.

“For us, it’s not political, it’s about safety and protecting our employees and the customers,” she said. “And we’re super-friendly about it.”

Still, Atsides said, some get angry at the mask requirement. And Salpeter said one client emailed Brick City Cat Hospital, calling the changes due to COVID “ridiculous.”

“The vast majority of people have been very happy with how we are practicing,” Salpeter said. “I was in Lowe’s picking up plants this weekend, and a client was behind me and actually thanked us for what we’re doing.”