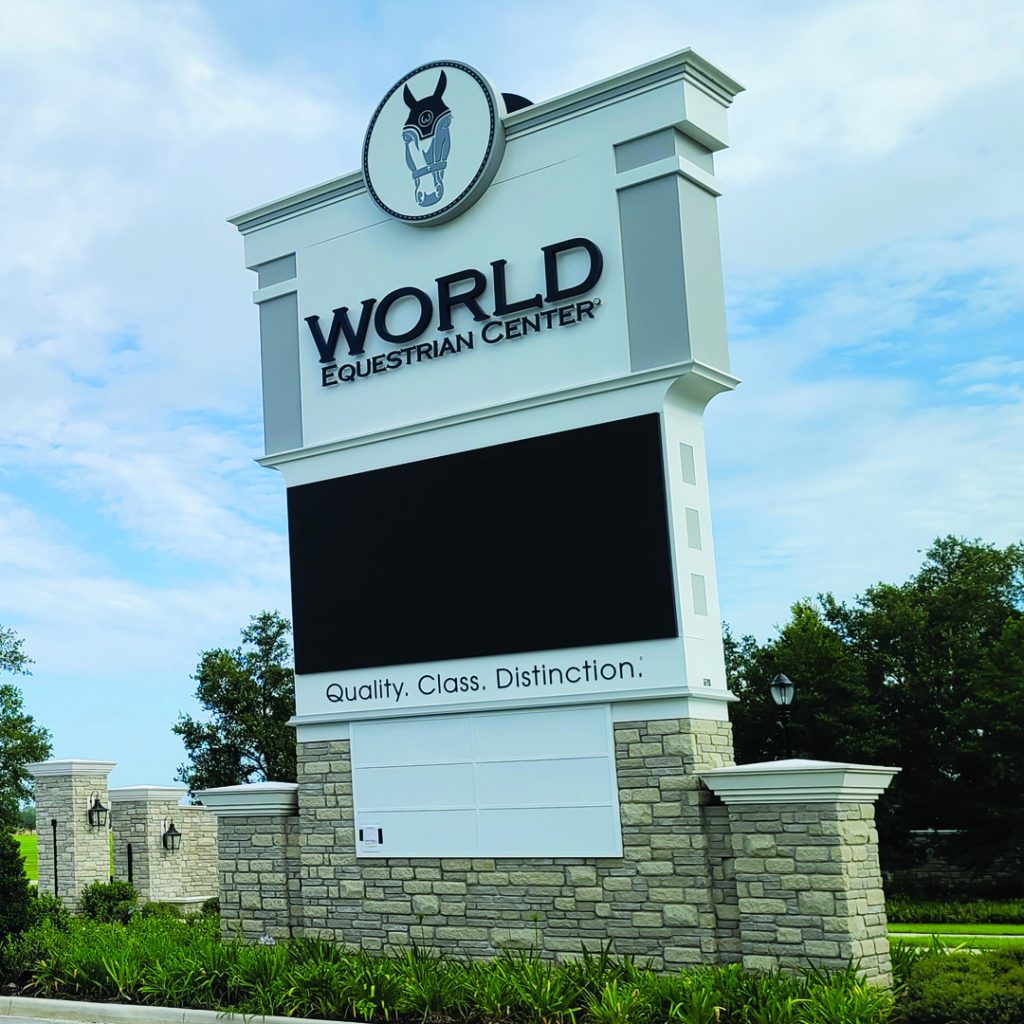 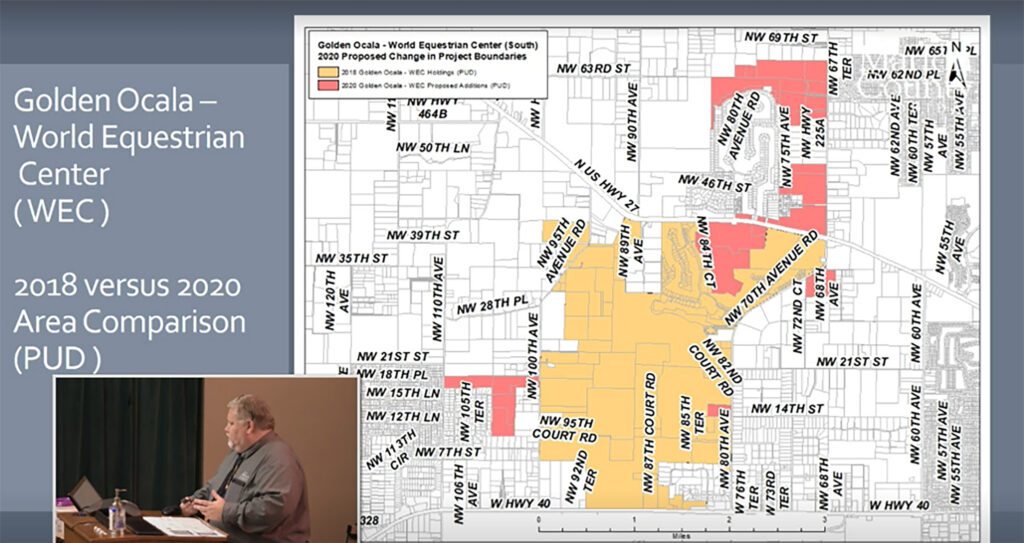 The World Equestrian Center was already going to be big, but the project’s developer now is planning to make it even bigger, and that is causing delays in the project’s opening and in approval of the changes by Marion County officials.

During a public hearing before the Marion County Commission on Tuesday the expansion of the WEC was outlined by county planner Chris Rison. While the amended development plan calls for more acreage, what stands out is WEC plans to expand proposed commercial retail and office space from 525,000 square feet to 4 million square feet. It also is requesting county approval to build 1,350 hotel rooms, up sharply from the 385 originally approved. WEC’s original proposed 10,000 equestrian facility venue seats have been upped to 13,500 seats by developers. Finally, the developer also wants to add 80 RV sites to the 200 already planned.

Two big points of contention in the process to amend the developer’s agreement with the county are the available water supply and road improvements, both of which the developer has previously agreed to help fund.

In the original developer’s agreement, RLR Investments agreed to construct and make ongoing system improvements to the county-owned water system, but they rescinded that on Oct. 5.

As it stands, the projected demand for water by WEC and surrounding neighborhoods – once WEC is open – will be 2.4 million gallons per day. The county’s current water supply capacity in the area now stands at 1.3 million gallons a day.

If the water supply issue cannot be resolved, Rison and WEC representatives indicated it could further delay the opening of the horse event venue.

As for roads, the massive development is necessitating numerous intersection expansion as well as, ultimately, widening of Northwest 80th Avenue. While a 2018 traffic study was done, Rison said a new, updated one needs to be and the developer should be required to update the traffic study every five years.

WEC engineer David Tillman tried to convince the County Commission to allow WEC to expand the water plant piecemeal, but county officials balked at the idea. County Commission Chairman Kathy Bryant urged WEC officials and county planners sit down and try to reach an amicable agreement on the water.

Rison also said the county has concerns about fire protection – specifically, the lack of an enhanced fire engine apparatus. Also, county officials have asked RLR Investments to build a county office center on the property, but so far the developer has balked.

WEC attorney Jimmy Gooding indicated his clients are willing to work with the county resolve the developer agreement issues expeditiously. Tuesday’s hearing was the first of two hearings.