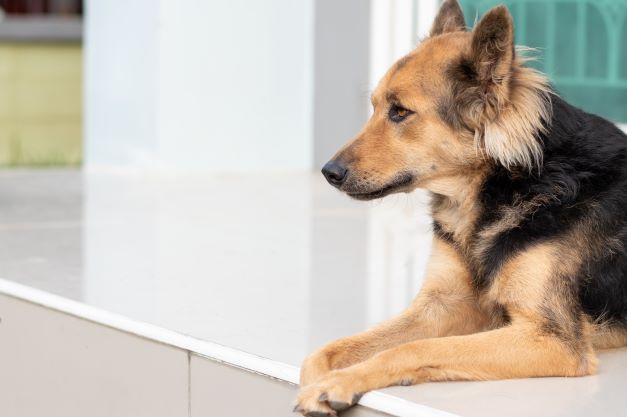 On July 12, Horse Farms Forever (HFF), a local nonprofit group that touts itself as a “watchdog” for farmland preservation issued a statement about why they supported the massive WEC Ocala Jockey Club (OJC) development approved by the Board of County Commissioners June 21 in a 3-2 vote despite significant public opposition and county staff’s recommendation of denial.

The gist of the HFF statement was this: there is already commercial development in the area due to decisions by county government at least 10 years ago, so why not approve OJC plans? Plus, HFF indicated they felt the development proposed was compatible with the surrounding area because it was equestrian in nature.

HFF also pointed to the property’s location near the Interstate 75 interchange as another reason why it was appropriate for this project. From the entrance of WEC Jockey Club to the interstate, it’s a little more than 2.5 miles. The Gazette previously posted a video of the drive between the entrance and the interchange. You can view it by clicking on this link.

In their statement, HFF downplayed WEC Jockey Club plans for 9,000 stadium seats saying they wouldn’t all be in one stadium but rather broken up over a few different arena areas.

In HFF’s argument that there was a precedent for these types of large equestrian facilities, they pointed to the Kentucky Horse Park (KHP). This is not a legitimate analogy because the KHP doesn’t have residential development and is owned by the Commonwealth of Kentucky, which operates it as a state park. How a state operates a property for public benefit and how a private entity operates a facility, especially long term, are two very different things.

HFF’s position differs significantly from that of the surrounding property owners, all located in the FPA, who spoke against the development at the June 21 hearing. It also stands in contrast with the objections raised by the county’s professional planners, who gave three reasons why they recommended the commissioners deny the WEC Jockey Club plans:

As previously reported, HFF traded their approval and advocacy for the OJC development plans in exchange for restrictions to certain development on other farms, without talking to any of the farm owners in the FPA surrounding the OJC, who are directly impacted by the trade.

Over the past couple of months when HFF’s “trade” came to light and residents in the FPA started to oppose the plans for OJC, HFF did not support them. Instead, HFF doubled down on their support of the plans and decided to hide comments from the prior owner of OJC and surrounding farm owners from HFF social media accounts.

One local farm owner, Damian Guthrie, whose property is adjacent to the OJC, posted a comment on the HFF statement issued through Facebook Tuesday. The comment was quickly hidden from public view by HFF. The Gazette is presenting Guthrie’s comment below so readers may understand why some surrounding farm owners are alarmed by HFF’s breach of trust and dereliction of their mission:

Guthrie: Last time I commented on this page I was deleted along with others including the previous owner of the Ocala Jockey Club Pavla Nygard. So let’s discuss some issues! I will provide information based on Horse Farms Forever item numbers from their post and some other points.

Horse Farms Forever has failed to mention that many existing land owners will be forced to accept land takeover subject to Eminent Domain on Hwy 318. Both sides of the road need to be widened for increased traffic. It is suggested that $61 million are required to upgrade the I-75 intersection, and other roads. It was a contentious issue of who will pay. I would like everyone to realize that it’s us tax paying gas consuming folks in Marion County that are paying additional gas taxes to upgrade Hwy27 and 225A. For us locals this has been a disaster intersection for some time now and see no end in sight.

The contention with the development for local residents is real. What is Farmland Preservation? The Community understands that Horse Farms Forever Board members did not want a residential subdivision near their land and said publicly they thought it was a good idea to send it up the road to the Jockey Club.

Sending it up the road to a location that has no relevant infrastructure such as upgrades in electricity, water, sewer, roads and so on is quite a mistake.

People living on 225A and Hwy 225 in a few years will see huge increases in traffic. They have no idea what is coming!

The green light has been given from the BOCC’s decision to large land owners in Farmland Preservation area to submit 3acre subdivisions and keep some proportion of their farms for cattle of horse related activities.

The current plan can be improved so much in my opinion. Sometimes the best plans go back to the drawing board several times before breaking ground.

The current plan is not compatible with adjoining land owners.

Just as a side not I didn’t see any Horse Farms Forever members at the BOCC meeting making public statements in support of the proposal. And to that end no Combined Drivers, Eventers, Dressage, Hunters or Jumping participation in support of this development. If I was the developer I would take a look at this lack of enthusiasm before investing a few hundred million into their respective sports.

I believe they can make something fantastic hear but it’s not this plan.

The Gazette reached out to HFF’s Executive Director and Chairman of the Board to discuss their communications/social media policy, but they did not respond to the Gazette’s inquiry.

It’s a little hard to understand why HFF in their “watch dog” role chose only to sit down with the developer and not the local farm owners surrounding OJC before doing their trade- then justify snubbing those same local farm owners as they attempt their own farmland preservation efforts.