Ocala philanthropist and military vet Ron Ewers will take an honor flight to Washington, D.C., on Sept. 28. Personal losses and the renewed hope of love led to the culmination of his big trip. 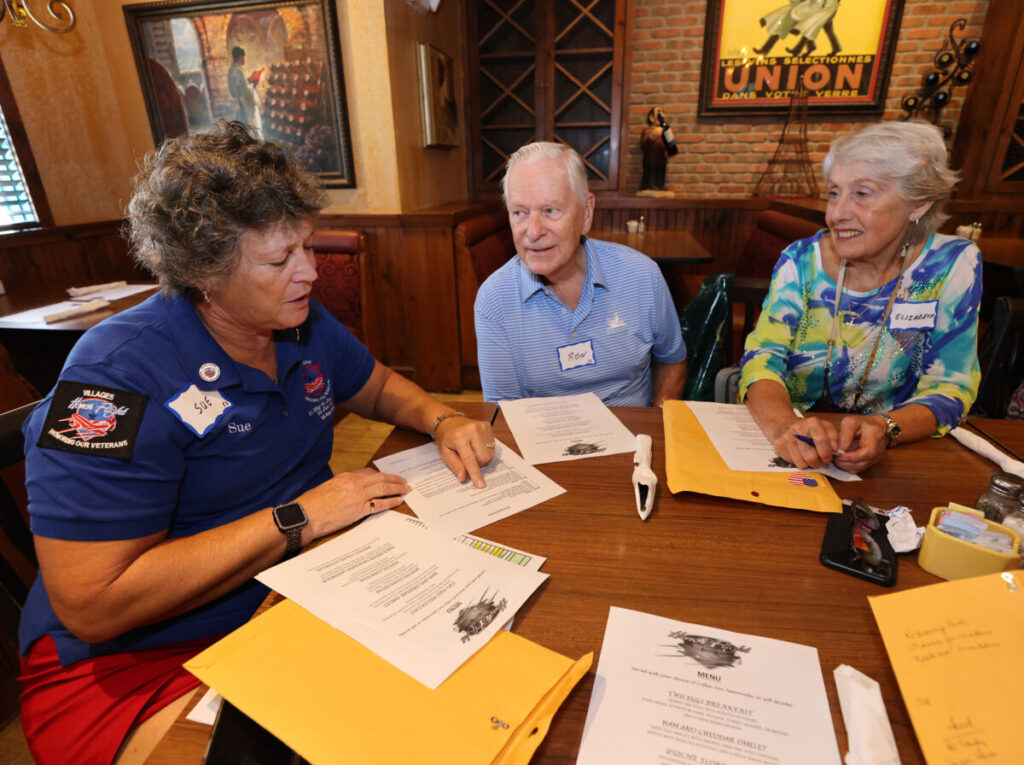 For Elizabeth Whitacre-Ewers, the sky is the limit when it comes to honoring her husband’s military service.

She has spent decades championing causes in Ocala and beyond, and, most recently, has successfully campaigned to have her husband, retired U.S. Air Force Airman First Class Ron L. Ewers, take off on an honor flight to the nation’s capital on Sept. 28.

The Villages Honor Flight group, which is affiliated with the national Honor Flight Network,  transports U.S. military Veterans to Washington, D.C., to see visit war memorials at no cost to them.

Each Villages Honor Flight mission is made up of 65 vets and 65 guardians, and takes into consideration the veteran’s health, service branch, gender, location and other factors. Flights include a medical support team. Everyone except the veterans pays their own way.

“I’m a Cold War vet,” Ewers explained when asked where he served.

Though he wasn’t on a battlefield, Ewers said he repaired planes in dangerous places, where his commanders ordered soldiers to wear civilian clothes because a uniform could make them a Russian target. He said he worked in the Congo during the country’s independence from Belgium, helping the Congolese safely liberate from the Belgian colonists who oppressed them for more than a half-century.

His company, the 317th, embarked on several important missions during the Cold War years in the latter 20th century.

“We supported Project Mercury (the first human spaceflight program of the United States, running from 1958 through 1963), and we were down in Nairobi, Kenya, to recover the missiles that didn’t make it into space in Africa,” he said.

Ron, 82, and Elizabeth, 73, who have been married three years, say their first spouses remain with them in spirit. 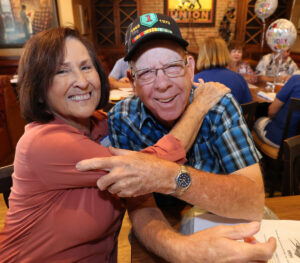 The two met in passing at various Ocala events while serving the community, but they didn’t really get to know one another until a fateful Appleton Museum of Art Director’s Circle party.

Ron’s first wife, Phyllis Ewers, was active in the community before she succumbed to Alzheimer’s disease in 2018. Her work was so prolific that United Way of Marion County named an annual award in her honor. The Ewers family matriarch sat on several boards, including the College of Central Florida Foundation, United Way and the American Heart Association. She also was a member of the group Women of Worth.

According to her obituary, she was an avid gardener, formidable bowling opponent, enthusiastic golfer and was always thinking about her and Ron’s next travels.

Elizabeth’s first husband, Bob, was a 40-year Marion County resident and USAF Vietnam Veteran who worked as a weapons specialist in Thailand, for which he received a Presidential accommodation. In civilian life, he worked as an appliance technician. He retired from GE after earning the International Hall of Fame award three times, an award only given to the top 5 percent of technicians internationally.

According to Whitacre-Ewers, Bob was “Mr. Fix-It,” and he didn’t refuse help to anyone. He worked with Elizabeth through the College of Central Florida Foundation, Ocala Civic Theatre and other local organizations.

The esteemed Ocala citizen died in 2017 from complications caused by an illness he contracted during his deployment in Asia: bile duct cancer (cholangiocarcinoma) and liver fluke Infection. He wasn’t a smoker or drinker, according to Whitacre-Ewers, and an attempt to get a proper diagnosis of the bile duct cancer took many arduous years. Whitacre was in the advanced stages of his illness when veteran groups began recommending veterans who show symptoms get a CT scan. (Visit globalccaalliance.com to learn more.)

Compounding Whitacre-Evers’ grief, she had lost her mother two days before Bob died.

While heavy loss is something both Ron and Elizabeth will always carry with them, they are making the most of their time together staying active and maintaining an upbeat carpe diem outlook. They share a home in Stone Creek with a front porch overlooking the golf course. They enjoy slow early mornings, watching the mist over the green and tending to the neighborhood geese, a couple that Whitacre-Ewers refers to as Clem and Clementine, as well as a coterie of ducks and other critters. 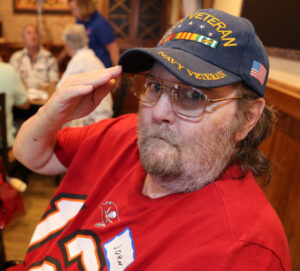 “I met Ron’s kids in December of 2018 and we got married June 1st the next year,” said Whitacre-Ewers. “I asked Ron if it was too soon. He said he had known Phyl for six months and that worked out all right. I said, ‘Boy, you do things quick, don’t you?’”

She added that she instantly felt she was a part of his family. On her birthday, Christmas Day 2018, Whitacre-Ewers had no family to share it with because her daughter, Andrea, had had pneumonia. “So, Ron invited me to his home, along with his 15 sons and daughters and grandchildren (which includes his son, Randy Ewers, the former mayor of Ocala from 2005-11).”

A life of service

Whitacre-Ewers praised her current husband’s work and service in the community, noting how he moved here from Michigan and co-founded the Ocala-based first-responder vehicle company Emergency One (now listed as E-One), which he ran as president. He later founded Class1, a firetruck parts engineering company.

“Ron had 40 different patents in Washington, D.C., for different things he had invented, and then he would travel to Alaska, Germany, France, to sell fire trucks.”

And there are many boards on which Ron has served.

I was on the board of trustees for six years at the College of Central Florida,” Ewers said, “along with SunTrust Bank, the Boys and Girls Club and on United Way and for the Gainesville Regional Airport.”

“He was ‘board’ out of his mind,” Whitacre-Ewers said with a laugh.

“We were in the same but different clubs; basically, everything except the country club. He was a big shot and I was a little shot,” she added.

Self-deprecating humor aside, Whitacre-Ewers has done her fair share of volunteering locally. She assisted the Juvenile Detention Center, United Way and spearheaded the creation of the Marion County Family YMCA in 1986 (now the Frank DeLuca YMCA).

As much as Whitacre-Ewers loves to talk about empathy and her love of helping others, she keeps redirecting the spotlight to her husband, Ron.

“I flew 49 states as a flight attendant until their goofy rules disqualified me when I got married to Bob,” she reminisced. “Ron took me to my 50th state, Alaska, on our honeymoon. … I’m very blessed. He’s a very compassionate, very sensitive, very sweet person.”

For the upcoming honor flight, Whitacre-Ewers gets choked up when she expresses her joy about the trip.

She requests that Ocala citizens write letters in care of the Villages Honor Flight organization.

“The Villages Honors Flight calls it Mail Call,” Whitacre-Ewers explained. “You put down your address on cards, letters, notes, however you want to give kudos, and they hand these to the vets to show them how much they’ve meant to people and what they’ve done for the community.”

For more information about the honor flight and mail call, visit villageshonorflight.org.