Twice the surname, double the talent 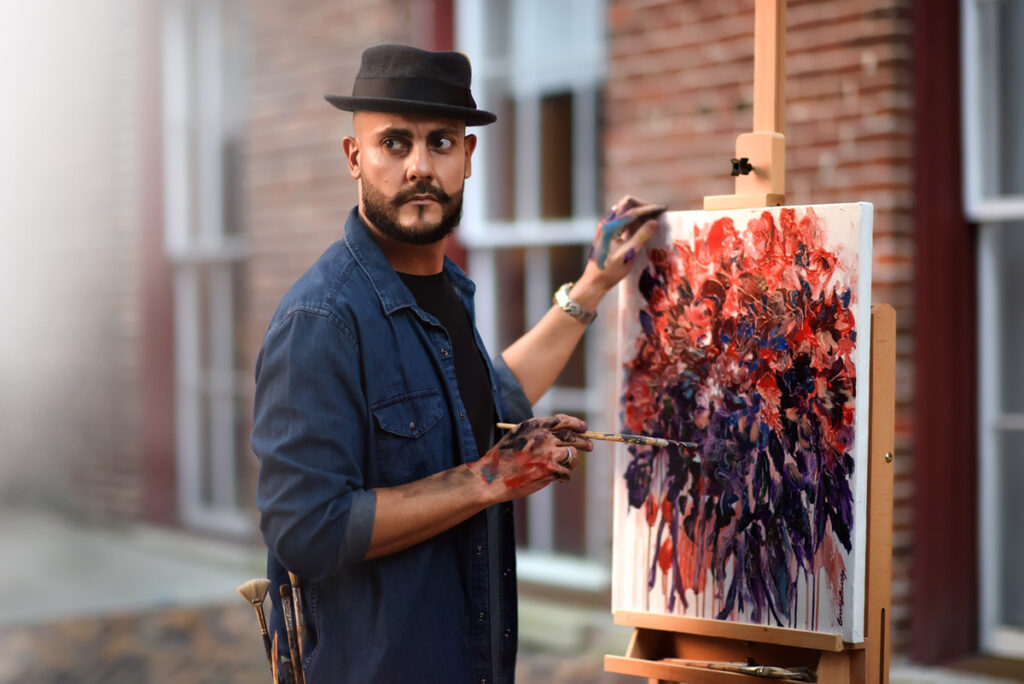 Photo of Ed Perez Perez [Courtesy of the artist]

The sharp dresser with a distinctive mustache creates art that’s even more distinctive than his striking appearance.

Perez’s vivid colors and surreal imagery are currently on display at the Marion Cultural Alliance’s Brick City Center for the Arts in downtown Ocala, in the “Arte Hispano!” group exhibition. The exhibition, presented in celebration of Hispanic Heritage Month, will be on display through Oct. 1. It features art in a wide variety of media by artists who hail from Latin American nations such as Cuba, Colombia and Puerto Rico.

“I found out about Ed last year through Amy Alvarado, a fellow Arte Hispano featured artist,” curator Justiniano said. “We are all originally from Puerto Rico, so, naturally we all connected through our culture, passion for art and our native language.”

Perez Perez moved to Central Florida from Puerto Rico shortly after Hurricane Maria ravaged his hometown in the northeastern part of the island. His wife, Lina, had close friends in Wesley Chapel, near Tampa, where they and three children stayed before settling down in San Antonio, in Pasco County.

“Thankfully, my only loss was missing my home country,” he said of the storm’s damage and aftermath.

Perez Perez said he has been creating art since his early days of childhood. He experimented with lines and shapes from a young age.

Speaking of age, his 43rd birthday is coming up on Sept. 26, but he considers himself a man of another time. 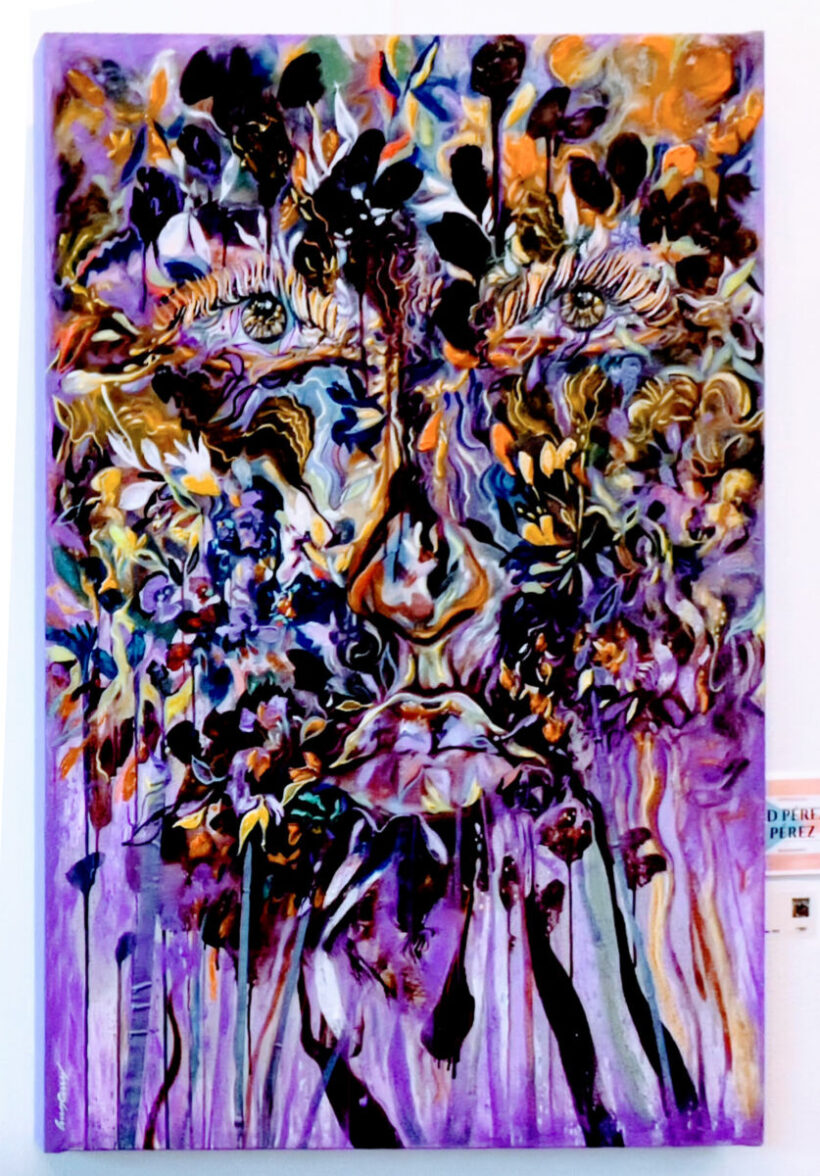 “Pandemia” – Currently on display at the Brick

“I’m an old man in my mind,” he said with a laugh, adding that he loves the salsa and more vintage sounds of Latin America.

Growing up, his mother would work as a beautician at home and he followed in her footsteps, becoming a hair stylist, too, and he’s been snipping and trimming for 20 years.

But hairdos weren’t the extent of his creative talent. His parents noticed his detailed illustrations and encouraged him to get formal training. Their support paid off when he received his Bachelor of Fine Arts from the Escuela de Artes Plásticas y Diseño in Puerto Rico.

“My work has to do with my life processes,” he writes in his artist statement. “As a painter, I am interested in the portrayal of my feelings, introspections, conflicts and the relationship between the Inner World and Outer World.“

He categorizes his works in what he calls collections. Recent collections include “Pandemia,” which were created during the COVID-19 lockdown.

He celebrates his heritage and the differences between people.

“That is why I try to challenge the viewers to discover my work on their own, by leaving clues or creating emphasis with all kinds of metaphors or surrealistic characters,” he added.

He emphasizes that his work is organic.

“I don’t usually plan my paintings,” he explained. “Although my work is mostly created with oil and acrylic, I am constantly experimenting with different media such as collage, resin and, lately, spray and powders.”

Justiniano praised Perez Perez for how he incorporates mixed media as an element of surprise in his paintings, making it a real treat to appreciate his work in person.

“His art is vibrant and dynamic, and I am so happy to have him exhibit his work for the first time in Ocala Metro,” she said.

To learn more about “Arte Hispano!” and the alliance, go to mcaocala.org