Gridiron Gravitas in the age of the Pandemic 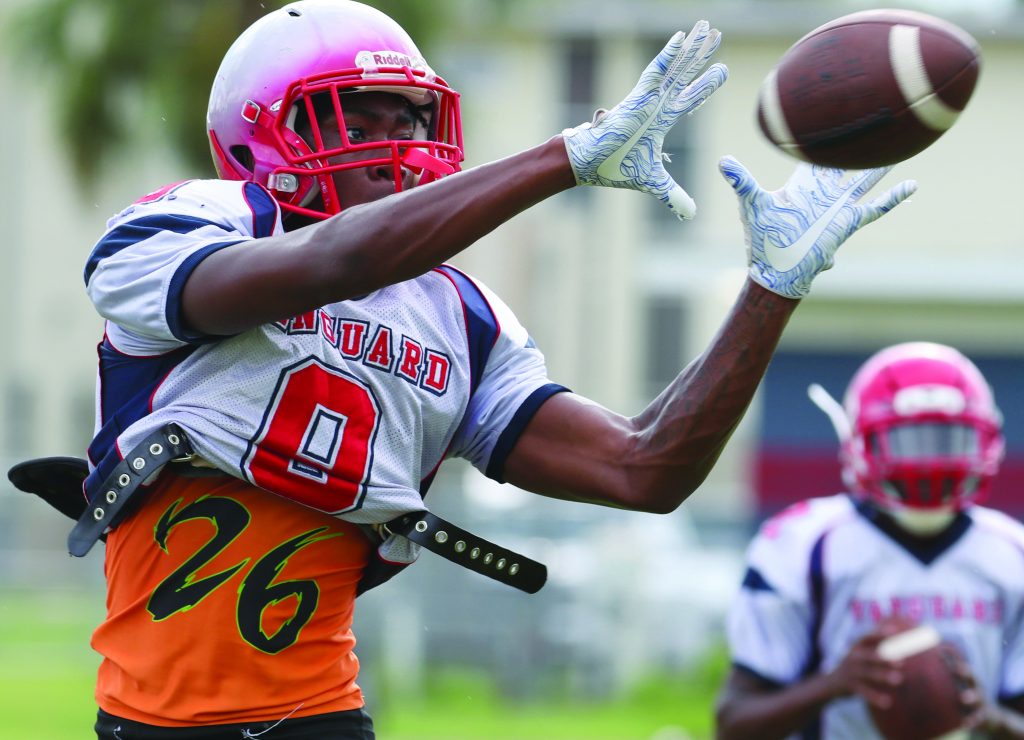 It’s about maintaining safety and fun, while allowing high school athletes to continue to play the game they love.

Those are the primary variables for competing in interscholastic athletics.

However, this past winter the structure of high school sports mirrored life in taking on a new approach, coexisting with a virus that has altered the way we go about living changing the complexion of our environment, one that means following strict COVID-19 guidelines and protocol.

According to the Florida High School Athletic Association’s Sports Medicine Advisory Committee, a number of regulations and guidelines were drawn up for those participating in high school athletics during the pandemic. There will be a number of protocol and procedures in place, some are extremely familiar like the availability of hand sanitizer, but there are those endemic to interscholastic activities, one’s where schools will be allowed to include language providing specific guidelines; for instance such as the length of transition between workout sessions, in order to thoroughly clean and disinfect equipment in a particular area. It’s been advised by the Center of Disease Control, the FHSAA and the SMAC that athletes and coaches are to wear face coverings when not participating in strenuous and vigorous activity. Face masks, however, are required in weight rooms by athletes and coaches at all times. Student athletes will be required to bring their own personal water bottles and personal towels. Additionally, athletes, coaches and athletic personnel will be screened prior to participating in any event.

“What we’re trying to do is to make sure that the students through our educational athletic programs get provided an opportunity to compete and represent their schools,” said Jody Phillips, Marion County School Board program specialist. “I think first and foremost, all the schools and the coaches were to provide consistency, and through our planning process started last May because we saw this on the horizon, began to plan and thought for processing as to how we could step everything back into place, how we would transition, and called it ‘Our Four Quarters of Return.’”

The pandemic has transformed the approach toward competition, and the logistics, travel and interaction on all levels have been altered, but adjustments have been made, and a structure is in place for the fall season and beyond.

The high school sport season started Sept. 4 in Marion County, but with a far different atmosphere than in past years, crowded gyms may seem less full with fewer parents, family members, friends, boosters, fans and enthusiasts in the stands because of the social distancing protocol. 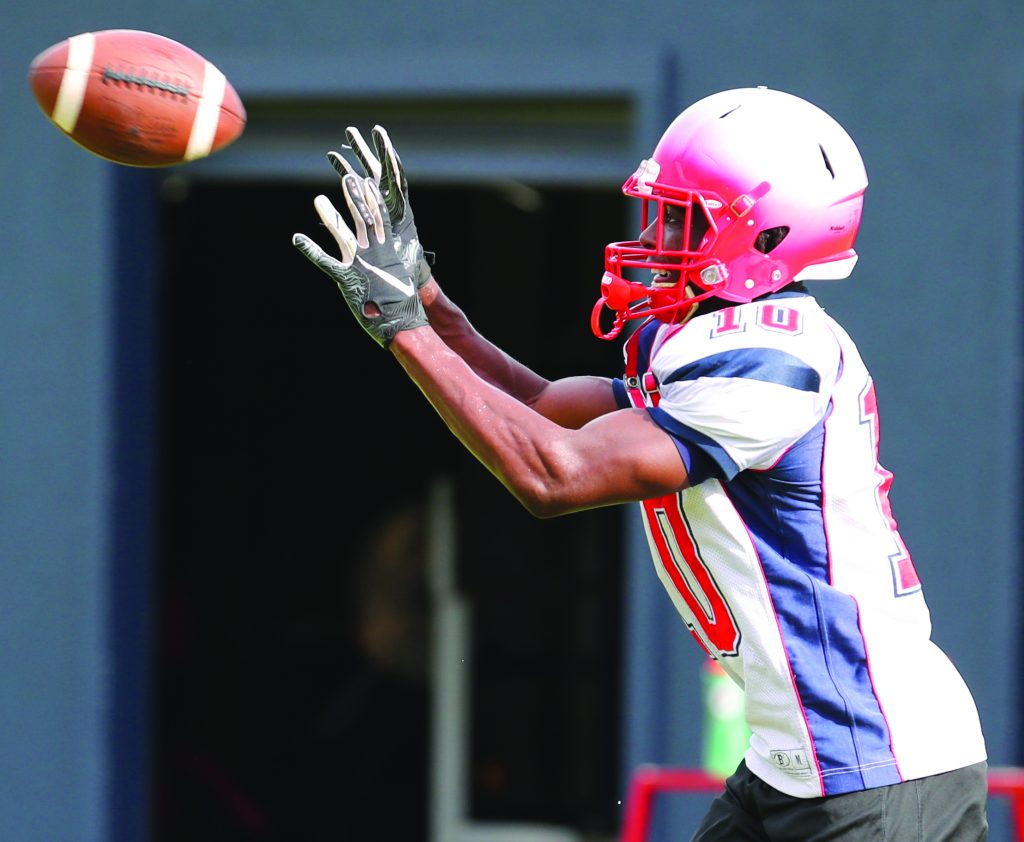 “The four quarters meaning that we went from virtual interaction back in May, with our coaches and students at that time, and of course we’re just turning this page just this (past) week on beginning competition in some of the sports. Football is lagging behind because of some of the safety protocols.”

The football season is scheduled to begin Sept. 24, and being a contact sport provides its own set of challenges, in a rapidly changing world, with a depth of vagaries that could mirror a 1970s science fiction novel.

“As we looked at the football season, it’s sort of a different animal,” said Phillips. “We’re preparing and making sure that the students had enough of an opportunity. We missed a whole entire spring of football. There was none. We would normally get to use three weeks of training time for these students back in May that we lost, and say fast forward to August, summer wasn’t normal so to speak, in what the students were able to do. There was a lot of weightlifting and conditioning that was going on, but it was minimal as far as our normal preparations go.”

Football’s popularity and spectator-friendly environment has made Friday night games a preferred social destination nationwide. Quite often, the previous night’s contest is the topic at local eateries the following morning, placing greater gravitas on the gridiron and the start of this fall’s season.

“Football had to take on a different light, and certainly we were looking to the NCAA and the NFL as a model of how we would like to fold back in,” said Phillips. “If you looked at their processes they ranged anywhere from five to six weeks before they allowed students to compete in the sport of football. We didn’t go that far, but we looked more at the four to five week range as we laid out the plan for that sport specifically.”

Marion County has placed an emphasis on consistency, so in that way they’re not really dependent on the regular season for any other school district, entity or individual, said Phillips. 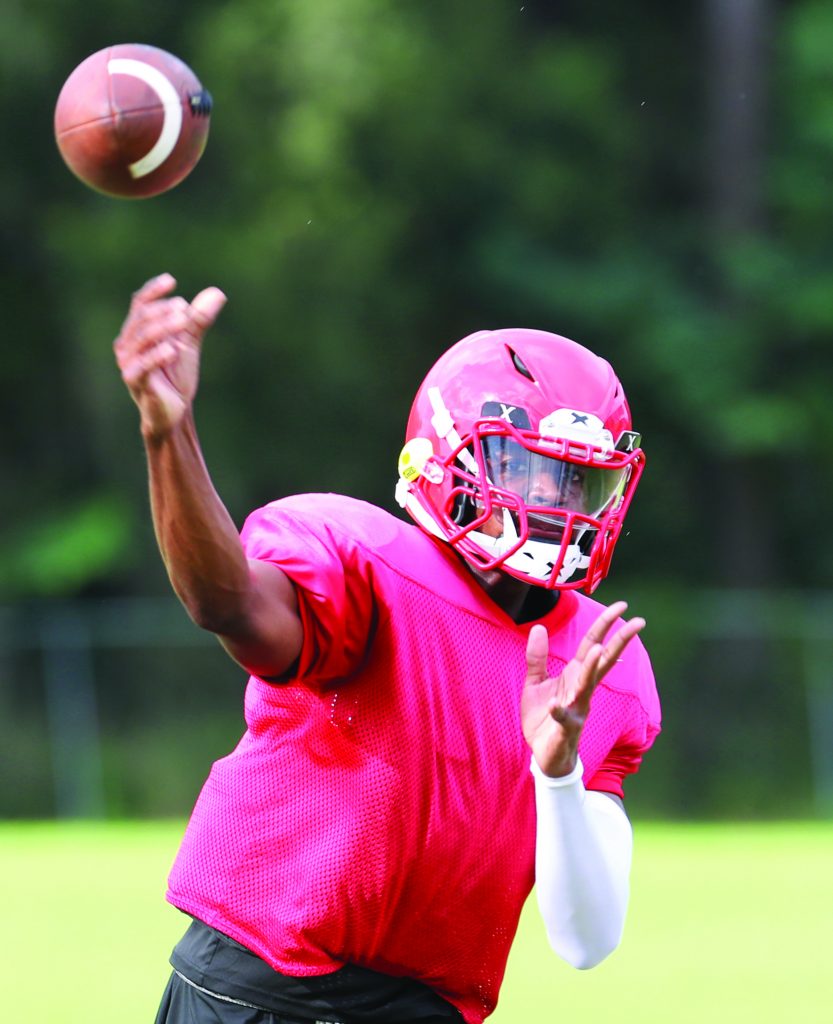 “I think the toughest part potentially, dealing with the seven high schools, and each of them having in excess of 20 varsity programs, is trying to make sure there’s a good line of communication, and certainly working both ways, whether it’s down to them or back to the athletic director, and then from the athletic director to the coaches themselves,” said Phillips.

The county has been working diligently with trainers, several team doctors and with those who are involved with programs outside of athletics that impact sporting events, like band and marching band, and what their role will be at the football games, said Phillips. The logistics of the day-to-day routine, and the changes that have come about because of the pandemic regarding locker room usage, distancing and the challenges associated with following the guidelines have meant a considerable amount of adjustments.

“I’ve been involved with football for a long time, but this year has taken everyone by surprise,” said John Brantley III, Trinity Catholic football coach. “The most thought out plan may not work due to the uncertainty on a daily basis. Since taking the job in March, I’ve yet to see my team in full pads, except for picture day, and the first game is less than two weeks away. And because of decisions made by the FHSAA and our Diocese, our start date has been backed up over a month.”

The pandemic has led to a series of adjustments, a revamped schedule, but even with the modifications student-athletes will still have an opportunity to participate with many of them directing their energies toward competing at the intercollegiate level.

“With a new staff in place and no spring ball, we have an uphill battle to get everyone on the same page,” said Brantley.  “Our kids have done a tremendous job this summer to buy in but until you get into a game situation, we have no idea of how they’ll react. Fortunately for us, we have a solid senior group who understands the game and will elevate the play of our younger players. Besides the obvious, the virus has put recruiting on hold and will hurt opportunities for a lot of young men who didn’t have the advantage of spring ball and being invited to college campuses for visits and camps. The pressure is on to impress in a limited number of opportunities.”

The logistics regarding transportation for the other fall sports is far different from that of football, and because of the high volume of players and personnel and the equipment involved, football has had to navigate the channels a bit differently, said Phillips. 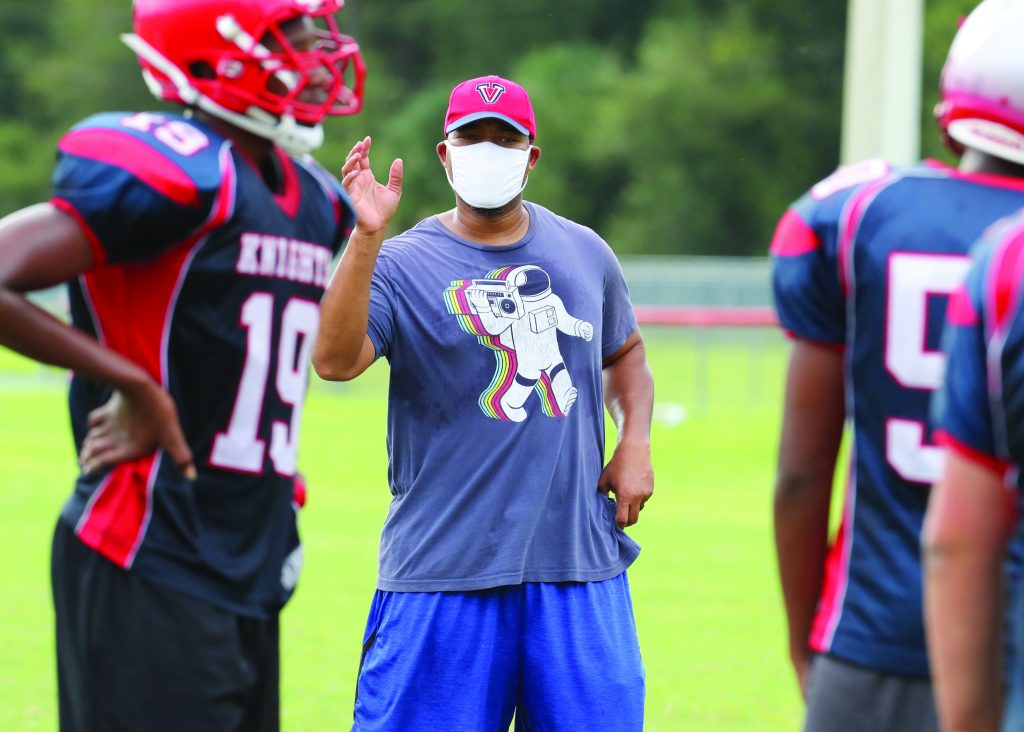 “We’re going to go one student per seat with their mask on and really try to be cautious,” said Phillips. “Really, the transportation element because of the scheduling we were able to put together, we sort of took that out of the equation for the early part of the fall season, with the hope that we’ll get a chance to maybe get to the playoffs for many of our schools, and begin to travel a little more. We see the results of the community spread and the numbers and how COVID is doing. We see those results continue to improve, and the board and superintendent would want the students to be able to access more opportunity. The coaches have all been involved since late April and early May, and have taken this all the way through.”

However, ultimately it’s about promoting an environment that’s conducive to protecting the student-athlete, and providing an experience that will leave an indelible impression that will resonate with them for a lifetime.

“The number one thing in educational athletics that we do for these kids is to make it fun and safe,” said Phillips. “That’s what we have to do for the kids. They want to enjoy themselves and they have to be safe. Our guys work very hard over the summer into this early part of the school year and being able to put together something formidable, useful, safe, respectful of the community, and the thing that I’m most proud of is how much buy in there’s been from the coaches. The fact that they all believe, and we’re getting enormous amount of feedback from the coaches, just talking about how thankful that they are, and all of the hard work that these athletic directors have put in to put this together.”