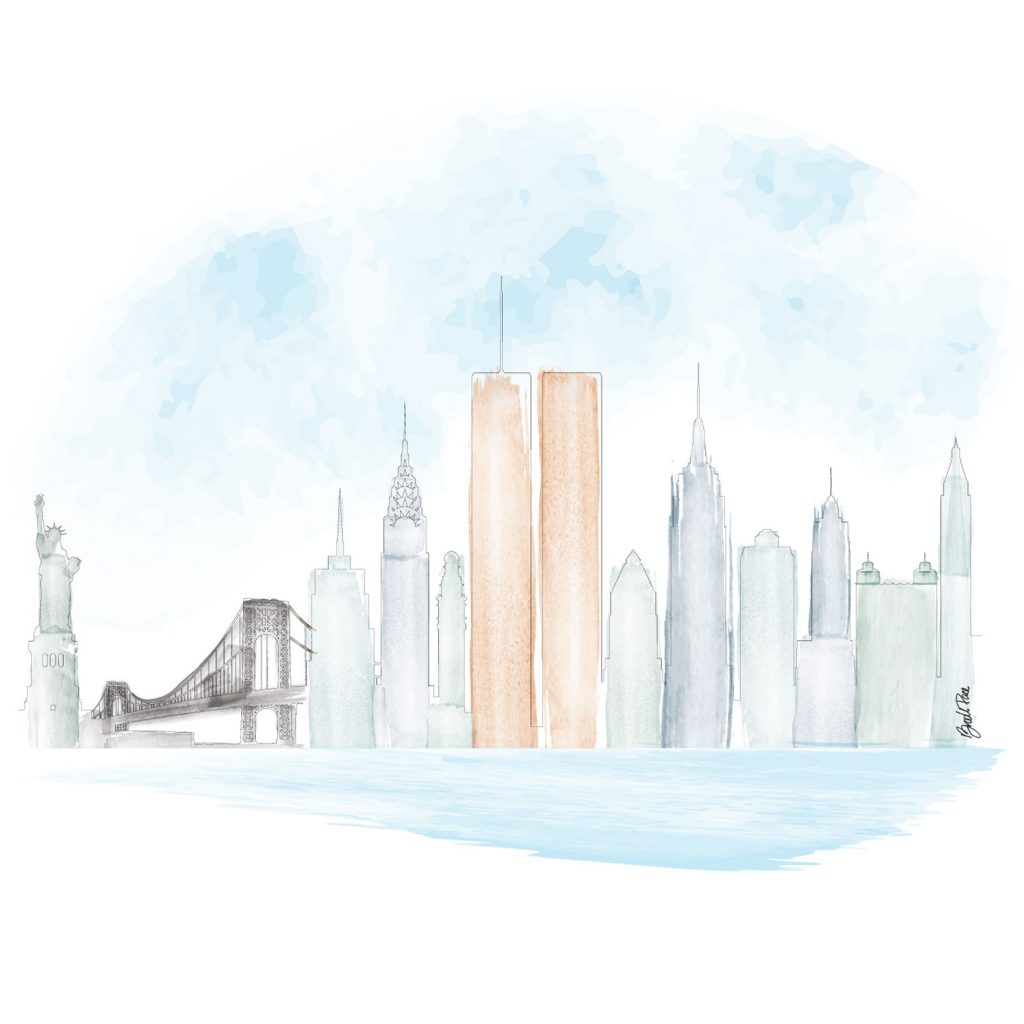 9/11 witness remembers the carnage, the heroes

When Henry DeGeneste talks about the day terrorists flew two jetliners into the World Trade Center towers, two words flow from his lips over and over: sadness and chaos.

DeGeneste, the retired superintendent of the Port Authority Police Department of New York and New Jersey, who now lives in Ocala, was in his Manhattan office on Sept. 11, 2001, when his assistant rushed in to tell him some terrifying news that would ultimately change the way we, as Americans, live.

“I remember this like it happened yesterday,” he said. “My assistant came in and said, ‘Boss, I think somebody just flew a plane into the World Trade Center.’”

DeGeneste’s office was just five blocks from the WTC, and Prudential had another office across the street from the towers, so he started making his way to the second office building.

“Obviously, there was chaos,” he remembered.

When he reached his destination, fellow employees were aghast by DeGeneste’s appearance – he was covered in ash.

Then the second plane hit.

It was the beginning of a full week that the former police chief spent living in his office in Manhattan.

It was also the beginning of a horrendous time in which DeGeneste witnessed person after person die, including 37 of his former Port Authority employees and colleagues.

In fact, 9/11 was the deadliest day in history for a single U.S. police force, when the Port Authority lost 37 officers.

“Almost all of them I knew,” he said. “I had hired some of them, worked with a lot of them.

“People don’t focus on this,” he added. “To that 37, you can add another 19 officers who have died from chancer and other diseases they got as a result of their actions on 9/11.”

He remembers the horror of the scene as well.

“There was ash all around. The stench was unbelievable – the jet fuel, there were bodies burning for weeks at a time.”

And there were plenty of heroes.

“I think about a guy, Jimmy Romito,” DeGeneste said. “He always thought of other people rather than himself.”

Romito was at the Port Authority bus terminal when the planes struck the towers, so he immediately headed to the WTC.

“He runs into the tower and he never comes out,” DeGeneste said of his friend. “It shows you the unselfishness. He didn’t think of himself, only of rescuing people.

“All of the people who rushed in showed not just fearlessness. … What got me was the unselfishness of the first responders and other people. I saw people jumping from the 60th and 70th floors. Then there were other people running into buildings to save people.”

DeGeneste said the WTC held more than 50,000 people and he estimates that first responders were responsible for saving at least 35,000 people.

“Those numbers are astronomical,” he said with a mix of pride and sadness.

When asked what the legacy of 9/11 is, DeGeneste ponders and says there are many. Certainly, our lives are different than before 9/11, he said.

Among the legacies are the Patriot Act and the way airports operate. “Airports have been completely reconfigured as a result of 9/11.”

“We take these things for granted now,” DeGeneste said.

Other legacies, the 80-year-old said, include the narrowing of mass immigration laws and general attitudes toward immigrants.

“I never remember before 9/11 so much animosity toward people from the Middle East, especially Muslims,” he said.

Also, as he learned as security chief for a major corporation, companies before 9/11 did not have redundant information systems in case their primary systems went down. Now, it is standard practice to have backup systems in another location.

“The way they viewed first responders afterward was with reverence,” he said. “The first responders stayed for weeks on end recovering bodies – even knowing it was dangerous to their health.”

“That day my initial reaction was Oh my god! Who would do this? Why would someone do this? We need to pray.”

“I remember everyone being initially scared and confused. Nobody knew if more attacks would be coming later in the day or in the days that followed.  As the news unfolded and I learned more, my emotions ranged from shock to anger to sadness.  All of those paled in comparison though to what I felt in the weeks that followed:  pride.  I had never seen the country and our people so unified in wanting to help one another. American flags were everywhere and nobody was red or blue, we all were red, white and blue.  I will never forget.”

“I was a senior in high school when the world changed forever. I was in business class when a teacher from the next classroom ran over and told our teacher to turn the TV on. As he turned the TV on the second plane was approaching the tower. The room fell silent and everyone stopped what they were doing. Not long after the bell rang to change classes. In that 15 minutes I experienced every state of emotion as I passed different friends in the hall. Some were crying, some were breaking the rules to use their cell phones to call parents and family that lived in the city or were on business, some were walking with complete blank stares.

As the day went on the news became the lesson plan and everyone sat in complete silence and absorbed the moment we as society would always remember. This was my generation’s JFK moment. The classes got smaller and smaller as the day went on, parents came to get their children and some came to deliver grave news that their family had been lost in this tragic event.

As the days went on, our school pulled together, leaned on each other and we were taught to never allow one moment to define us, but teach us to appreciate each day and work toward a greater tomorrow.”

“The morning of September 11, 2001 started out as a normal sunny day driving to work. In the 15 minutes it took to commute to the office, but my purse down and realize my co-workers were gathered around the bank of televisions, the world as I knew it had changed. The screen flashed “A plane hit the World Trade Center.” I saw the second plane attack the tower.

I visited the site of the World Trade Center a year later and was moved by the grief and the utterly quiet reverence in the middle of New York City. However, the spirit of resilience and unity was an unspoken bond of those gathered.”

“I think 9/11 still evokes such strong emotions that it’s hard to edit them down. Looking back, what I recall was after getting past the disbelief and comprehending the reality of what just happened to the innocent people in the towers, and the assault on our Country, was the fear and distrust that I felt afterwards towards people. For quite some time I was overly protective of our son and didn’t want him out of my sight, and I just didn’t have the sense of safety that I had before.  It took some time for me to gain back trust in the world around me.  I remember every day thinking I will not let them change me, but on some level, they probably did.”

“I’m originally a New Yorker so probably the very first feeling I had while I watched the TV was shock. Then to actually watch that second plane hit the tower was disbelief. After the sorrow for all the lives lost, I guess what I remember most is how I thought it brought the country more together with a brotherhood and pride for being American. People seemed to care more for each other and looked out for one another. It didn’t matter where you came from nor the color of your skin. We were one country under God.”

“9/11 embedded in me the invisible ties of our community. I had not realized the extent of them prior, but suddenly even walking down the street, making eye contact with strangers, I felt a pull of solidarity, patriotism, kinship, and that we were Americans and that transcended all else.”

“September 11 was one of the worst times felt in our country’s history, but at the same time was a coming together of a nation’s people like never before. We became a united people no matter our backgrounds, race, religion, or political affiliations. We learned that life is short and never should be taken for granted, that small acts of kindness go a long way and that we are a strong nation as long as we work together.”