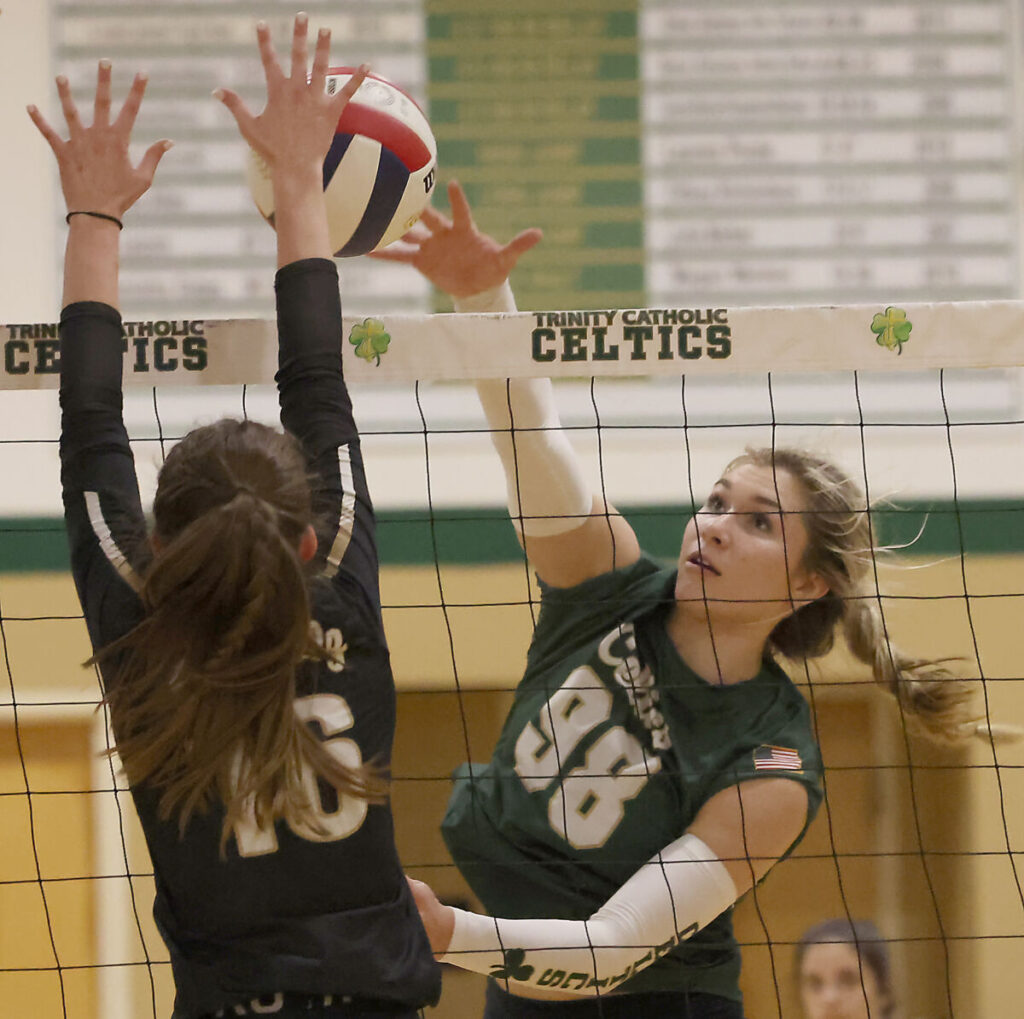 After competing in the prestigious Nike Tournament of Champions in Tampa over the weekend, the Trinity Catholic volleyball team was determined not to have a letdown in Tuesday night’s match against Buchholz.

The win improved the Class 3A Celtics to 7-3 on the season.

“It was a solid performance coming off a really long weekend,” said Trinity Catholic coach Jeff Reavis. “We went 4-2 in the tournament and won our pool the first day. We really had a moment in that tournament where it was fragile and we could have gone two ways. We could pack it in and say this hard or we get better. We really took a big step as a group, battled and had a great finish. We were mentally engaged tonight and I thought we did a good job against Buchholz.”

With the loss, the Class 6A Bobcats dropped to 6-5 overall.

The first set was tied at 6 all before Trinity Catholic went on a 13-5 run sparked by senior outside hitter Kiana Laborde, who had several kill shots and showed great touch with a pair of dink shots.

Buchholz made a run to close within 24-17, but a Bobcats service error gave the first set to the Celtics.

Trinity Catholic jumped out to an 18-8 lead in the second set with Laborde, Johnson and Fitzpatrick leading the way with numerous kill shots.

Buchholz took a time out and tried to rally behind the solid net play of junior middle hitter Jordan Czaplewski, who had three of her team-high nine kills.

That wasn’t near enough against a deep and talented Trinity Catholic squad, which ran off several points. A pair of Laborde spikes and a Buchholz error put the Celtics up two sets to none.

Buchholz played its best in the third set and took a 7-3 lead as Czaplewski and junior outside hitter Emmy Rowland found open spaces in the Trinity Catholic defense.

Trinity Catholic regrouped and fought back to tie the score at 15, as Fitzpatrick, junior outside hitter Avery Campise and junior middle hitter Hope Willis found the range with powerful kill shots.

The Celtics extended their lead to 17-15 before Buchholz called a time out.

The brief respite didn’t help as Trinity Catholic senior Megan Kusmierz had a pair of service winners and senior Emily Hirst and Johnson teamed up for back-to-back blocks.

Junior Cole Crews had a service ace and Hirst and Johnson combined for a block of a spike by Czaplewski to seal the set and match for the Celtics.

Trinity Catholic is back in action on Sept. 15th with a home match against Clearwater Central Catholic.

“Clearwater Central Catholic is a good team and is kind of the hot team in our division that everyone is talking about,” coach Reavis said. “I haven’t seen them yet, but we’ve got some video of them and it should be a good match.”