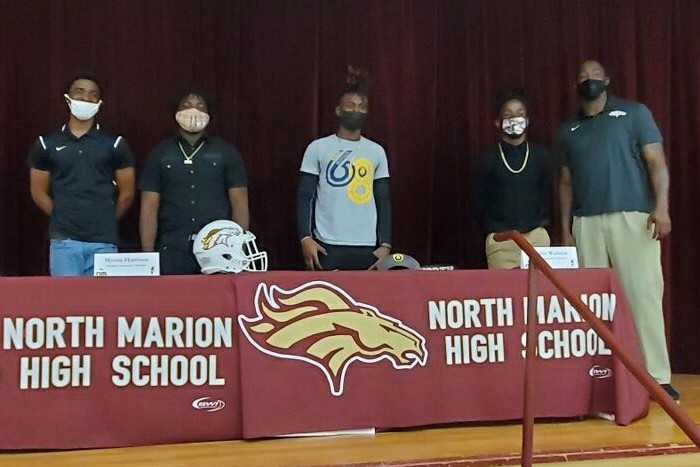 “This is my first signing class, and I’m thankful for it,” Carr said. “I look forward to many more, but I’m excited for these four guys.”

James said that he’s looking forward to playing with his cousin who is also on the team.

“He wanted me to come out there, I mean, it’s closer, it’s the closest place I can go,” James said. “Coaches like me, and I like it out there.”

Running back Myron Harrison, defensive end Damontia Graham and defensive back Dedric Watkins all declared that they will play for Florida Community Christian College in the fall.

The online program was founded in 2019.

“All (four) are pretty much guys that’s willing to do what you ask them to do,” Carr said. “All of ‘em really did everything you asked them to do: Make plays on the field, was going out and giving 110% for every opportunity they got, and I know that’s the type of way to carry onto the next level.”