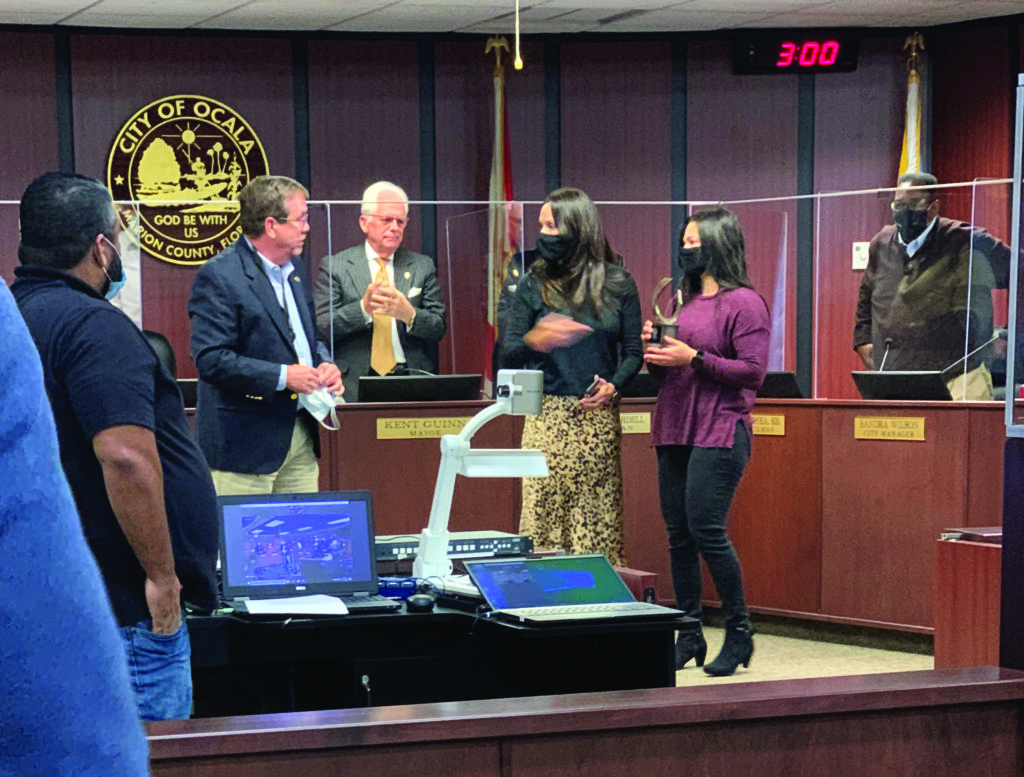 In a heartfelt last act as Ocala City Council President, Jay Musleh on Tuesday evening presented the President’s Award, established in 2011 to grant recognition to a city employee or group of employees for outstanding service, to Amy Graham, the widow of the late Ocala Police Chief Greg Graham, in his honor.

Graham died Oct. 25, when his small plane crashed near Dunnellon.

Musleh expounded on the many ways Graham was responsible for accomplishments not just for the Ocala Police Department, but also for the City of Ocala. Musleh cited the following examples in support of the award: