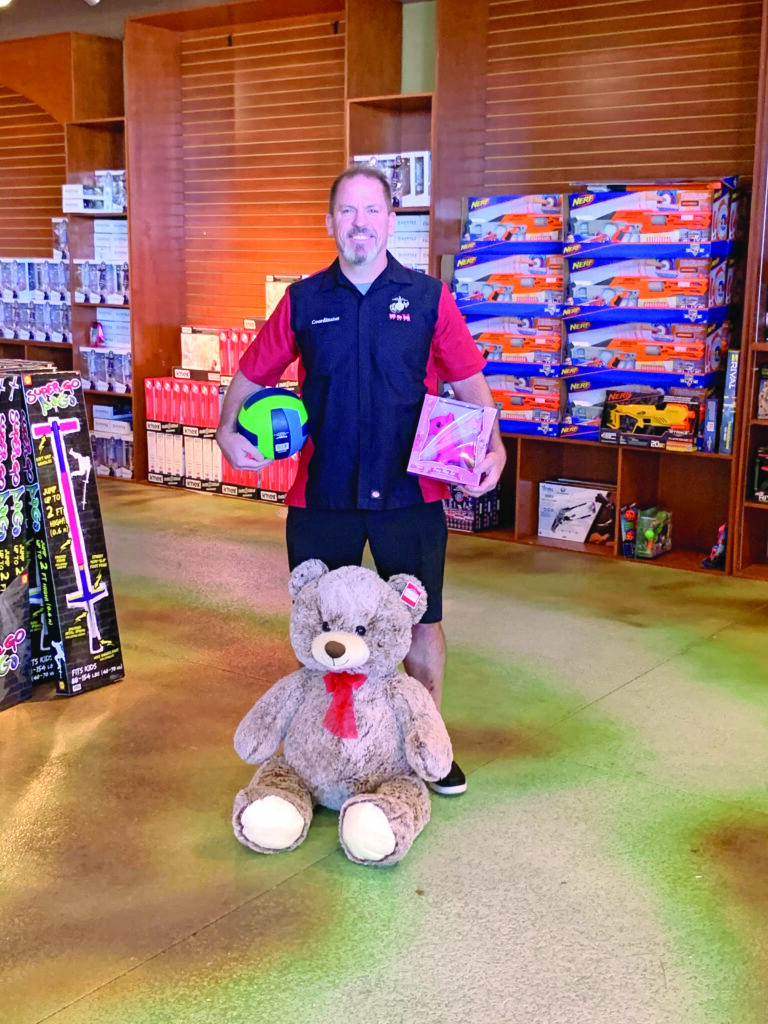 There is a Grinch in Ocala, but organizers of the annual Toys for Tots program are determined the meanie won’t ruin Christmas for local children.

Patrick Joynt, the program coordinator for this area, said that, again this year, Toys for Tots cash donation boxes have been stolen.

“Yes, it has happened again, as in years past; twice already this season,” he said.

The mission of the U. S. Marine Corps Reserve Toys for Tots Program is to collect new, unwrapped toys during October, November and December and distribute the toys as Christmas gifts to less fortunate children in the community in which the campaign is conducted. The annual Ocala area gift drive supports many local families. In 2019, for example, more than 40,000 toys were given to over 9,000 children.

In addition to soliciting donations of toys and money from residents and visitors, the campaign relies on sponsors. In Ocala, one of the biggest longtime supporters has been Wayne’s World of Paintball, noted Joynt, who is a veteran of the USMC.

“Wayne’s World has been one of our biggest contributors,” he said. “But, this year, Charlie Horse Bar & Grill decided to take them on. They are having a toy drive on Sunday, with a motorcycle run and more. They are determined to raise more than Wayne’s World.”

Joynt said he is most appreciative of all the sponsors of the local campaign, such as Two Men and A Truck, which helps pick up toy donations, and the Gettel Automotive Group, which donates bicycles.

He said he still could use some volunteers for this year’s endeavor and that the best way the public can help is to “donate, donate, donate.”

And, he added, “We really need someone to sponsor cash donation boxes that can be anchored down, like the ones at Wendy’s, which are glass and steel and have a cable attached.”