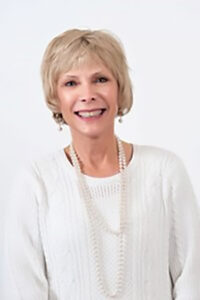 In a letter dated May 11 and addressed to County Chairman Carl Zalak III, Marcia Hilty officially announced her impending retirement as circuit director for the Fifth Circuit Guardian Ad Litem program effective June 30, 2022, after more than decade in the Fifth Circuit.

“Although I’ve loved the job and mission, the time has come for me to pursue other things and spend more time with family,” said Hilty in the letter attached to the county’s Tuesday, June 7, regular meeting agenda.

She went on to thank the county commission “for all you’ve done for me, the program and this area’s abused and neglected children. Your actions have helped immensely and will go a long way to ensure our most vulnerable citizens have a better chance at life.”

With its main office located in Ocala, GAL provides court-appointed volunteers to watch over and advocate for displaced children, as well as make sure they don’t get lost in an overburdened legal and social service system or languish in inappropriate group or foster homes.