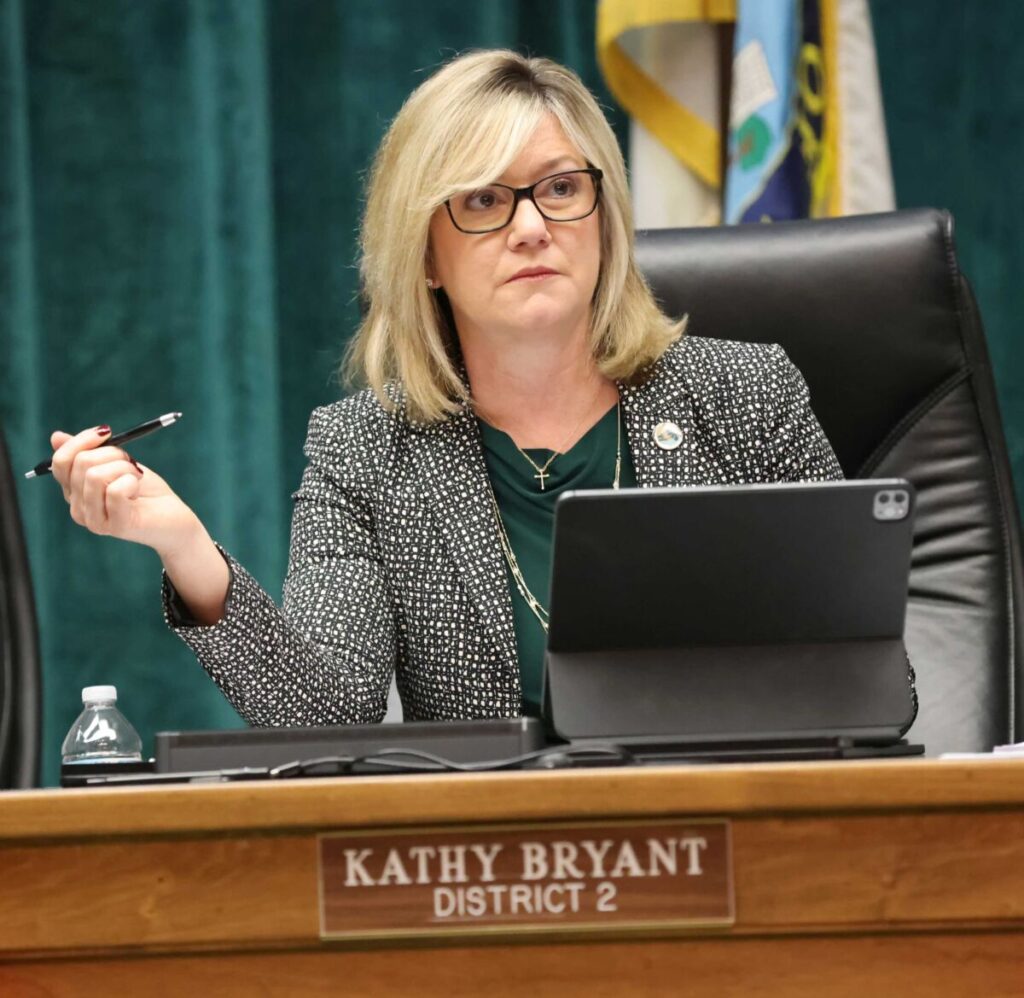 File photo: Marion County Board of Commissioner, Kathy Bryant, motioned for the sand mine application be denied. [Bruce Ackerman] 2021

The Marion County Board of County Commissioners vetoed one proposed development on County Road 318 in the Farmland Preservation Area and a sand mine project in Orange Springs, while postponing a third project during a standing-room only Dec. 20 board meeting.

Each project generated sometimes-pointed discussion between members of the public, developer representatives, county staff and the commissioners.

The Arden of Ocala proposal for roughly 31 acres at 6650 & 6670 SE Maricamp Road, south of the post office and north of Circle K, envisioned a multi-use development comprised of 180 townhomes and 468 apartments (all rentals), plus a clubhouse, playground, dog walk/ park, community garden, park areas and picnic tables.

The Arden Group, based in Philadelphia, started its presentation with a marketing video showing its “luxury, highly amenitized” rentals that generated titters among the audience. “Not exactly affordable housing,” said one audience member. The complex would include a dog park with a fountain, a Tesla car charger and high-end gym equipment.

Board and county staff discussion focused on the Level E (failing) Maricamp Road that would absorb this project’s traffic. A previous project was approved in 2020 with only 468 apartments. There was no public opposition or speakers against that project.

An initial motion by Commissioner Jeff Gold to approve the planned unit development, or PUD, as proposed wasn’t seconded by another board member. Commissioner Kathy Bryant made a motion for only 468 apartments and no townhomes, prompting the developer’s representative, attorney Jimmy Gooding, to respond, “We withdraw the application if that’s what you’re gonna do.” The financial viability of the project, he noted, depends on the townhomes’ rental income.

When board members questioned staffers about who is responsible for road improvements to handle the increase in traffics, County Attorney Guy Minter explained state statutes force road costs to be passed on to the counties.

Minter mentioned Hillsborough County, and said, “You may be in a situation where you have to declare a building moratorium until you can develop a comprehensive plan. If you really want to get to a nuclear option, that would be your nuclear option.”

Instead, after more discussion of the Silver Springs Shores area and its lack of commercial and shopping options, the board and developer agreed to continue the hearing at the board’s Feb. 21 meeting to allow for exploration of the traffic issues and different commercial options.

The board vetoed a proposal for CR 318 and Interstate 75. The developer had asked to rezone a previously approved PUD to include 336 apartment units on approximate 22.5 acres with a clubhouse, playground and dog park.

The reasons for the denial included a lack of traffic and county services infrastructure; no need for residential growth in that area; and questions regarding water treatment plants and possible connections to the WEC Jockey Club project and Sunny Oaks (which has no developer agreement to date.)

Commissioner Carl Zalak asked David Tillman of Tillman & Associates Engineering, the developer’s representative for both this project and Sunny Oaks, if there was a timeline in place for Sunny Oaks. The answer was no.

“I withdraw the application,” Tillman replied. “That saves everybody’s time in getting up and speaking about it tonight and move on to the next that I’m gonna get my ass handed to me on.” The audience burst into applause and laughter.

The board took public comments despite their veto, saying it would be good for Tillman to have the feedback.

Reddick resident Ira Stern reminded commissioners that the Farmland Preservation Area was “intended as a preservation area, not a reserve area for developers. Keep this Central Park of North Florida a Central Park that everybody goes around.”

Sand mine in Orange Springs

Dozens of impassioned residents showed up in orange shirts to the meeting to beg the commissioners to deny a sand mine proposed for the tiny enclave of Orange Springs. 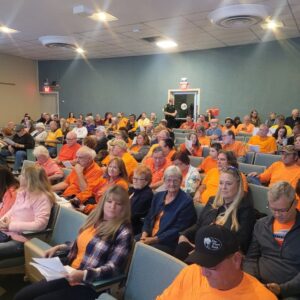 The request by MG Cattle Company, LLC. for a Special Use Permit would have allowed for mass grading for natural resource extraction for five years on roughly 200 acres on the north side of East County Road 318, a main thoroughfare, two miles west of County Road 315.

The proposed project, located on a former peanut farm, would include the removal of up to 1.2 million cubic yards of dirt with dump trucks rolling in and out of the property six days a week. The property directly abuts Orange Creek, which feeds into the Ocklawaha River.

Engineer David Tillman said the 200 acres would not be mined all at once but only five acres at a time, and the mining would not be deep enough to impact adjacent water bodies or the local water quality.

Guy Marwick, the founder and previous director of the Silver River Museum & Environmental Education Center, told the board that Fort Russell, a Seminole Indian War structure, previously stood on the property and was recorded with the Florida Department of State, Division of Historical Resources.

One family with an autistic child who live near the site told the commission the vibrations from mining would impact their special-needs child negatively.

The commissioners denied the sand mine unanimously after Zalak told the crowd the property could still be developed for homesites with little input from the board.

Victoria Key, who lived next to the site of the proposed mine and was a founder of the “Stop the Orange Springs Sand Mine” movement that was instrumental in drawing residents to the meeting told the Gazette following the decision, “I could not be prouder of our community and how the town came together to preserve the safety of our roads, our history, our waterways, our peacefulness- our way of life.”

A way of life that Key says is at the heart of many Marion County residents who have chosen to live here and “I am grateful to the commissioners for protecting it,” said Key.