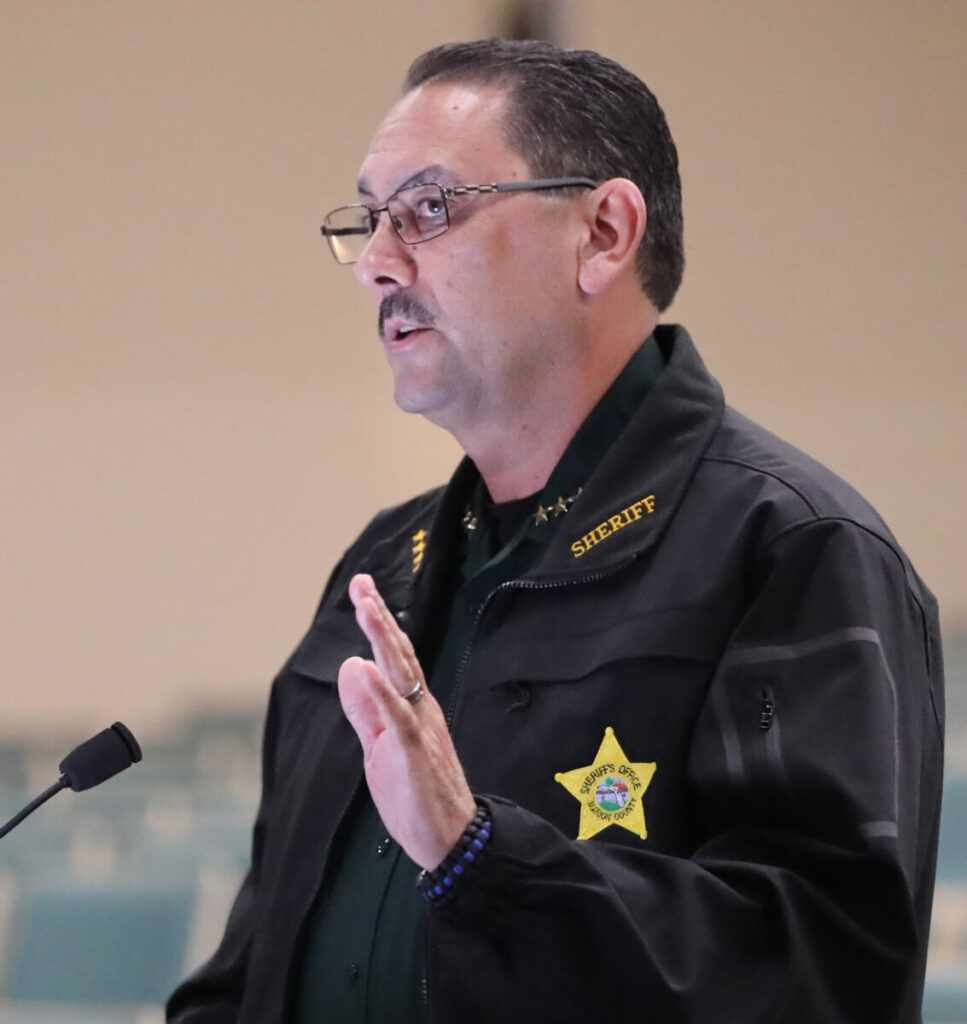 Last week, after both Florida House Speaker Paul Renner, R-Palm Coast, and Gov. Ron DeSantis publicly expressed support for implementing a change in Florida’s gun laws during the 2023 session to allow for “constitutional carry,” the Gazette checked in with Marion County Sheriff Billy Woods to get his take on the idea.

Under current state law, people who want to legally carry guns must get a concealed weapons permit from the state Department of Agriculture and Consumer Services. Anticipated action during the session, which begins March 7, would allow people in Florida to carry concealed weapons without a permit as a constitutional right.

Woods told the Gazette in response to written questions that he agrees with the change.

But Woods felt like licensing wouldn’t go away all together, however, because Floridians who hold carry licenses enjoy the benefit of reciprocity agreements with 38 other states, which allows Floridians to legally carry a weapon in those states.

Woods would not speculate how the policy change could impact gun violence, but he suggested that law-abiding citizens would be able to better defend themselves against violent criminals if they were armed.

“If an armed individual with the intent to do any form of violence walks into a restaurant with 50 law-abiding concealed-carrying patrons, the odds of the bad guy walking out alive are very slim, and that is a good thing,” he said.

Woods indicated that the topic was on the radar of the Florida Sheriffs Association, but they had not collectively had a “serious or official discussion as an Association on the issue.”

Woods anticipated the various sheriffs having different viewpoints on the subject, but said ultimately, “Sheriffs will be unified as one voice as an Association, whether it be for, against or neutral on the proposal, while at the same time being respectful to each sheriff’s view and stance on the issue for their county.”

“The last two years, it was not necessarily a priority for the legislative leadership,’’ he said. “But we’ve been talking about it, and he’s (Renner’s) pledged publicly that it’s moving forward, and it’ll be something that will be done in the regular session.”