Cattleman, farmer to be honored

Terry Teuton will be inducted into the Marion County Agriculture Hall of Fame in November. 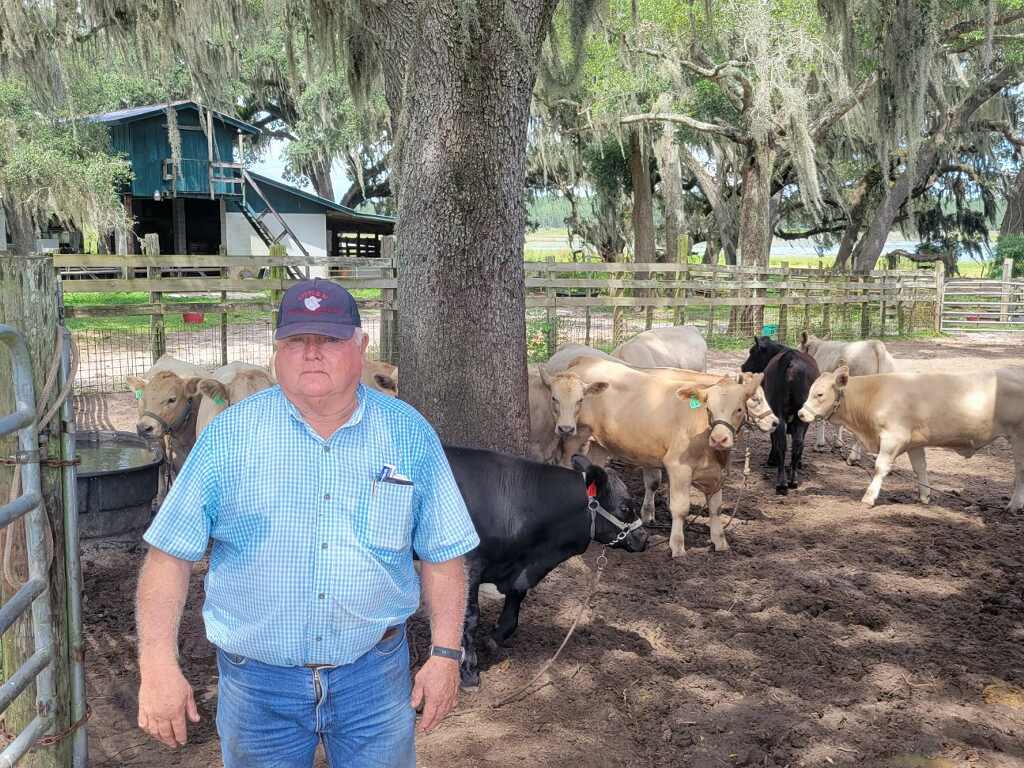 Terry Teuton comes from a long line of farmers and ranchers in Marion County. He was born here, grew up here and has been involved in the agricultural community his whole life. In November, he will be honored for his labors, expertise and service when he is inducted into the Marion County Agriculture Hall of Fame.

“It’s a great honor. It’s just unbelievable to know that I’m being inducted with some of the people I know who are already there. Some of those folks were as good as you could ask for,” Teuton said.

Teuton, 74, continues to raise cattle and grow peanuts and hay at the family farm in Anthony.

“My mother and dad started the farm where we are now and they worked hard at it and really built it and I’ve tried to continue that,” he said. “I was born and raised in it and I’m still in it.”

As for whether family members will continue his legacy, Teuton said, “I hope they will.”

“I work here full-time, so I’m planning to,” said his son, Travis Teuton. “My dad has worked hard at being a good steward of the land and wants our family to share it for generations to come.”

“I don’t brag often but I am this time,” his son Justin Teuton said on his Facebook page, quoted here with permission. “My dad is going to be inducted to the Marion County Ag Hall of Fame. This is a huge accomplishment for him and the entire family. He has been farming all of his life and has been a mentor for many, has donated countless hours to all sorts of things, has donated money that he often didn’t have to donate, and has been an inspiration to a lot of folks. His heart and his convictions is what makes him the man that he is. He is the man that I look up to and try my best to follow his footsteps. The best part is, he’s the man I get to call dad.”

According to information provided by Marion County, Terry Teuton often hosts farm tours to help educate the public on the importance of agriculture to the community and environment. He has served as steer chairman of the Southeastern Youth Fair and on the executive board. The annual fair, the largest and oldest of its kind in the nation, was dedicated to him in 2021.

Teuton will be inducted into the ag hall of fame as part of Farm City Week activities from Nov. 16- 23. His achievements will be commemorated with a bronze plaque as part of a permanent exhibit in the foyer of the Extension Service auditorium at the Southeastern Livestock Pavilion. UF/IFAS Extension Marion County is a partnership of the Marion County Board of County Commissioners and the University of Florida.

The hall of fame induction ceremony is open to the public. For tickets, contact Patricia D. Nobles, County Extension Director and Extension Agent III, at (352) 671-8400 or noblesp@ufl.edu.