Read All About It

Ocala and Marion County are blessed with an abundance of residents who have led interesting lives or are experts in certain subjects and are willing to share their experiences and knowledge.

Four of those residents have recently released books. One provides an insider’s look at the world of professional wrestling, one is an illustrated field guide to the wildlife of our precious springs, one is quick and fun novel with a quirky mascot and the other showcases Christian poetry. A fifth author, who has local connections, penned a novel with several key action scenes that take place in Ocala.

Here are brief overviews of each book, with book signing details if applicable: 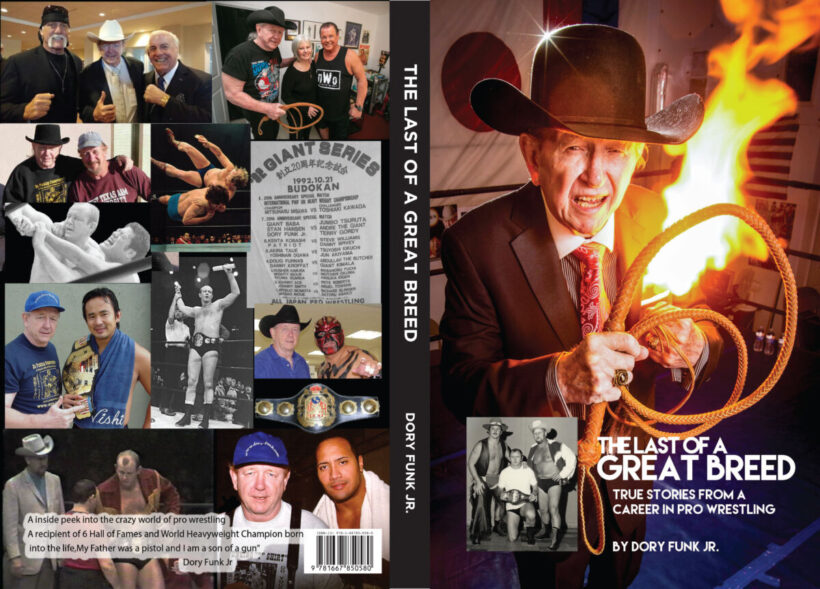 “The Last of a Great Breed: True Stories From A Career In Pro Wrestling”

The name Funk ranks right at the top of the history of professional wrestling. And our own Dory Funk Jr. has played a huge and important role in that history, which continues to this day through his coaching and mentoring.

In the forward of this book, Dr. Dory Funk III, a physician for more than 30 years, who is a self-proclaimed “black sheep” for not following in the footsteps of his grandfather, Dory Funk Sr., father Dory Funk Jr. and uncle Terry Funk, says the reader will find “tales of heartwarming comradeship and downright icky episodes of questionable behavior from my father’s life in a fascinating world of secrecy, conniving and ribald fun.” The doctor also uses the words “characters” and “shenanigans” to describe life in the family’s household.

The reader should be warned, therefore, that some chapters, such as “Loud Mouthed Bastard,” contain typographic symbols inserted where curse words and invectives are part of the narrative.

Marti Funk, Dory Jr.’s wife, said on Monday that they had just returned from the International Professional Wrestling Hall of Fame in Albany, New York, where he was inducted into the sixth hall of fame of his lifetime.

“The ceremony also served as the launch for the book and it went very well,” she said.

She described the book as “a bit spicy.”

The book is available through Amazon and other online vendors. 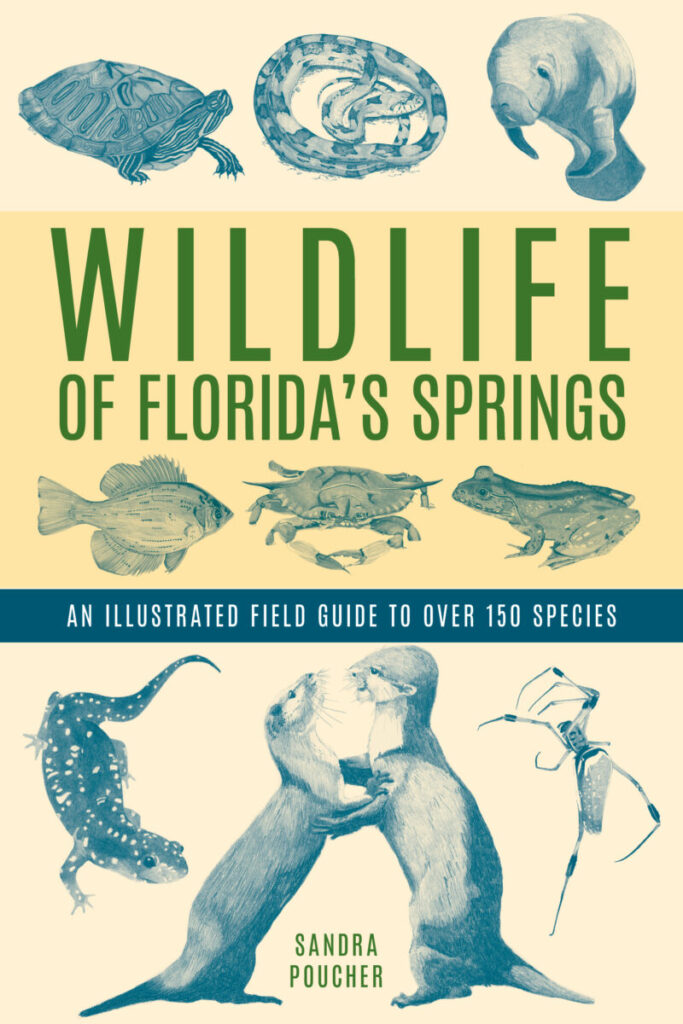 “Wildlife of Florida’s Springs: An Illustrated Field Guide to Over 150 Species”

For a spicy read of a completely different kind, we venture into the underwater and above ground world inhabited by an amazing variety of wild, marine and insect life.

Poucher is an avid outdoorswoman and cave diver. She has intimate knowledge of many of the hundreds of freshwater springs in Florida and has helped explore and survey caves in the Sunshine State as well as Mexico and the Caribbean. Pair that adventurous spirit with a gift for writing and illustrating, and you have a book that will educate and entertain.

In these pages, you can meet such critters as the Suwannee Moccasinshell, Atlantic Needlefish, Golden Silk Orbweaver, Pig Frog and Rainbow Snake, and see carefully drawn images of each one.

“I had a hard time finding a book that covered all of the terrestrial, aquatic and semi-aquatic animals that we encounter, not to mention the subterranean life, so I felt that I was on the right track in creating this guide,” Poucher notes in her introduction.

The book is available through Barnes & Noble and other vendors.

Poucher will be the guest at a book launch party at 10 a.m. on Sept. 10 at the Silver River Museum & Environmental Education Center at 1445 NE 58th Ave., inside Silver Springs State Park. The program is presented by the museum and Florida State Parks. The event is free with state park admission. Seating is limited. 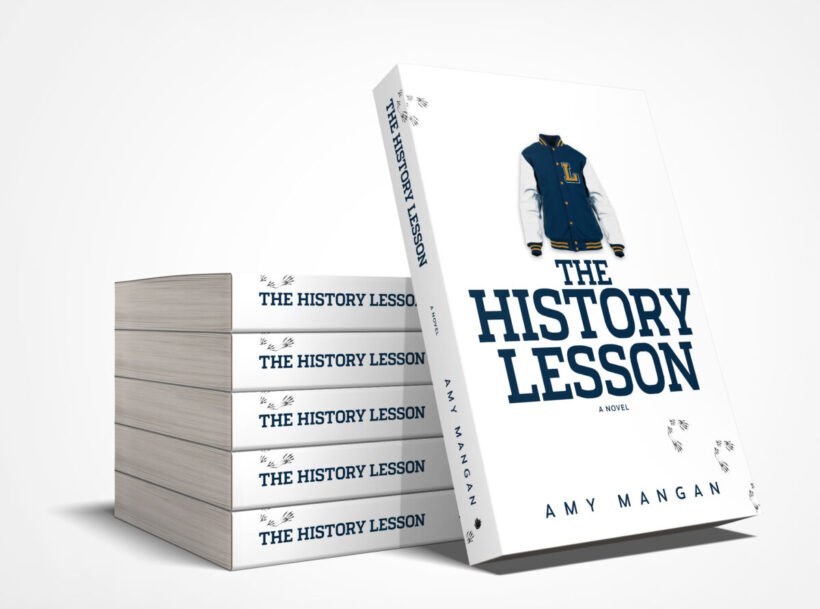 Ocalan Amy Mangan has written for local newspapers and magazines. Her works have appeared in “Salon,” “Southern Living,” “Better Homes and Gardens’ Creative Home” and “Southern Accents.” She is the author of “Accent Pieces: Collected Writings and Moments that Decorate Our Lives,” the memoir “This Side Up: The Road to a Renovated Life” and is set for an early fall release of “Dining Room Dispatches: A Year of Curated Musings on Life and Home.”

In “The History Lesson,” readers can relish the “universal lessons of grief, loyalty and perseverance” that frame one history professor’s endeavor to reconcile the past with her future. And who doesn’t love a book “brimming with humor and intrigue, with a vivid cast of characters.”

And then there’s Bucky, the squirrel mascot, who keeps things a little “nutty.”

“I adore this book. It is smart, funny and empowering—and it features a prominent squirrel,” notes fellow author Dave Schlenker in the liner notes. (It should be noted that Schlenker, who writes for our sister publication, “Ocala Style” magazine, recently released “Little Man Big Mouth,” which was featured at ocalagazette.com/book-release-party-will-benefit-theater.)

The “History Lesson” is available locally at the Shannon Roth Collection, The Gallery on Magnolia and Agapanthus Gifts, as well as through various online vendors.

To learn more, go to blackrosewriting.com/humor/thehistorylesson 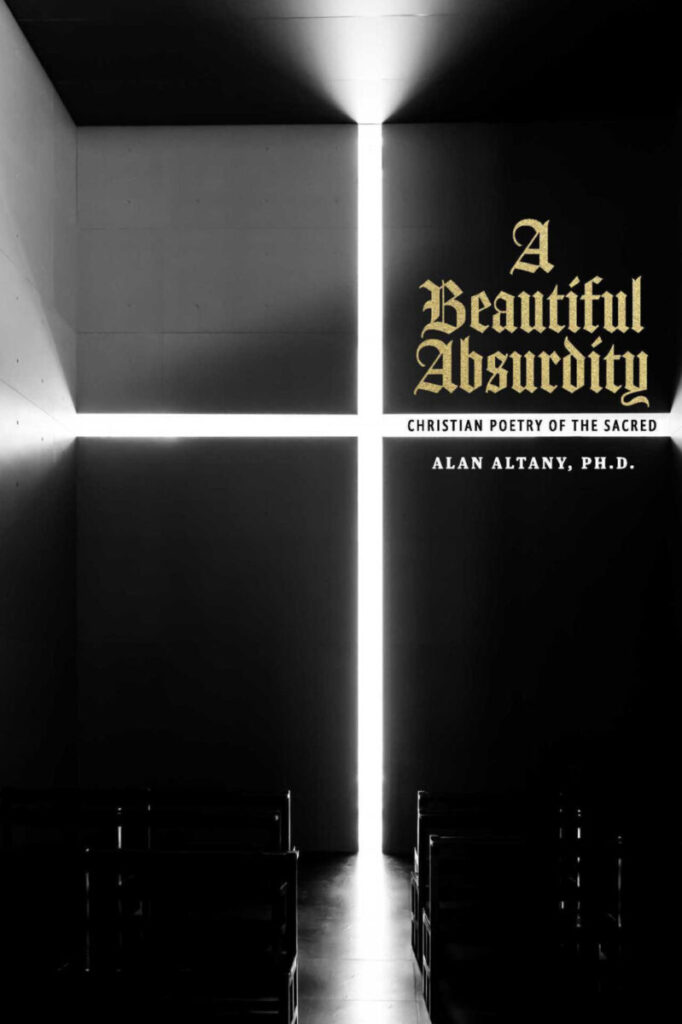 “A Beautiful Absurdity: Christian Poetry of the Sacred”

As a young man, Alan Altany, the grandson of Italian immigrants, who was born and raised in Sharon, Pennsylvania, was a published poet but then largely stopped writing poetry for a long time. He said he “renewed his passion” for such writing in his 70s.

Now, in addition to publishing the first in what he intends to be a series of books of Christian-based poetry, he is once again a published poet in literary and poetry journals as well.

Altany is an adjunct professor of religious studies and theology at the College of Central Florida and the Ocala campus of St. Leo University. He received bachelor’s and master’s degrees in Catholic theology from St. John’s University in Collegeville, Minnesota, and a Ph.D. in religious studies from the University of Pittsburgh, where his dissertation was on the poetry of the 20th century Catholic monk, mystic and poet, Thomas Merton.

In “A Beautiful Absurdity: Christian Poetry of the Sacred,” the poems are written “for a general, educated readership who find the great questions and mysteries of the human experience and story to be compelling and pivotal. The reader is challenged to not only experience new insights, but to have what is familiar become strangely new and meaningful.”

More information is available at alanaltany.com, including vendor links through which you can order the book. 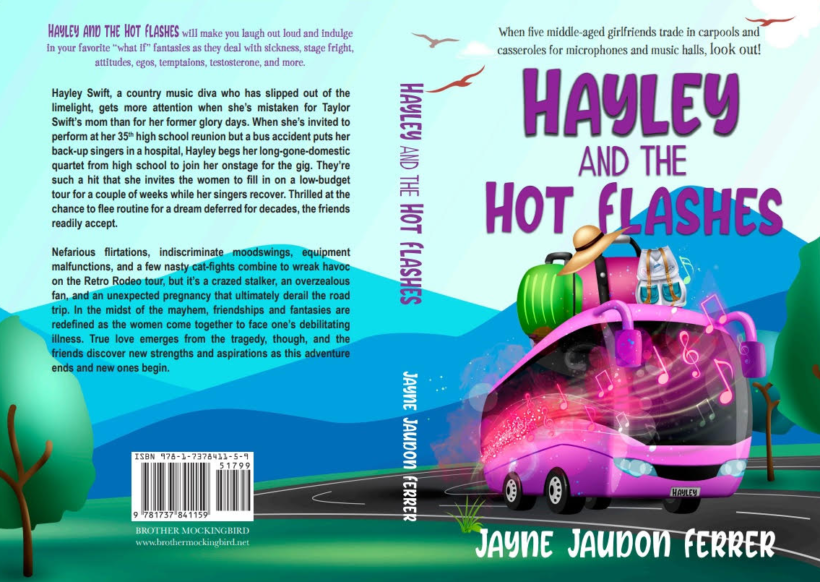 “Hayley and the Hot Flashes”

Ferrer is a Florida native, who was born and raised in Wauchula, lived in Madison for several years, and has friends and family in Ocala. Even though she now lives in South Carolina, scenes from Ocala pop up often in her new novel.

“Ocala is mentioned six times in the book. One of the key action scenes takes place at the Ocala Hilton, another scene happens in the CVS on 27th Avenue and the Cracker Barrel on College Road gets a mention as well. There’s also a major scene at the Orange Blossom Opry. I thought your readers might enjoy seeing their hometown in the spotlight,” Ferrer said.

No matter the setting, the premise is universal.

“Once upon a time, Hayley Swift was the queen of country music. But now, at 53, with no hit songs in a long time, she’s desperate enough to sign on as the opening act for Cal Taylor’s ‘Retro Rodeo’ tour of the South. When a car accident puts her back-up singers out of commission, the four friends she sang with in high school come to Hayley’s rescue. They’re such a hit that she invites the women to fill in on a low-budget tour for a couple of weeks. In the midst of mayhem, the women, performing as Hayley and the Hot Flashes, discover new strengths, aspirations and true love. The story also touches on menopausal issues and treatments, work/life balance and the importance of attitude versus age,” Ferrer notes.

For more information, go to jaynejaudonferrer.com