Combined with two other approved developments, the area will soon have more than 2,000 new housing units. 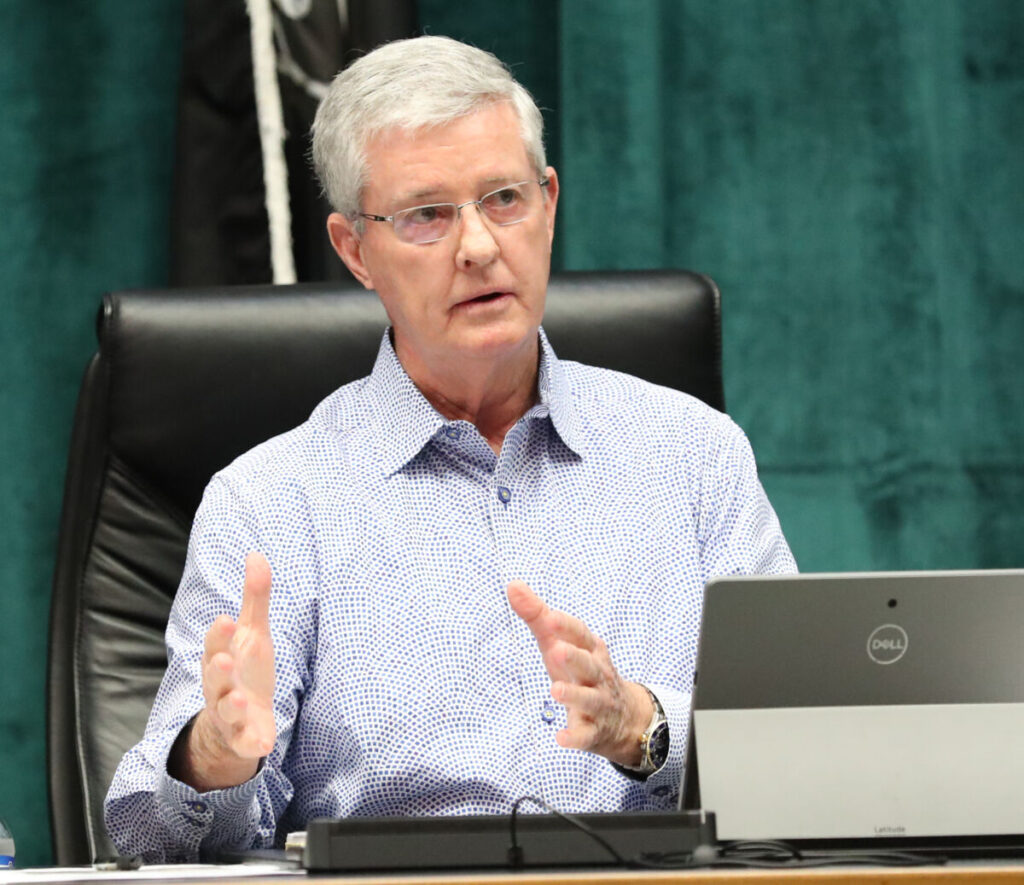 The Marion County Board of County Commissioners this week unanimously approved plans to build nearly 1,200 homes near SW 60th Avenue and SW 52nd Street in a sometimes-contentious application discussion that lasted over three hours.

In what Commission Chair Craig Curry announced as the “main event”, over 20 neighborhood residents spoke during the Nov. 15 meeting against the project by developers Calibrex Ocala Ontario LP that envisions 529 townhomes, 552 rental apartment units, and 108 single-family homes on just under 122 acres within the county’s Urban Growth Boundary.

The surrounding parcels are typically at least five acres, and the neighborhood is comprised largely of horse farms. The neighbors’ objections, which echoed those raised during last month’s commission hearing, include that the development is incompatible with the area horse farms, the impacts on already overcrowded area schools, the increase in traffic in and around the development, and preserving water quality.

Calibrex had asked the county to rezone the acreage now zoned as general agriculture, residential estate, single family and one/two family dwellings to allow for the development. The parcels are located between SW 52nd Street south and SW 63rd Street, as far west as SW 65th Avenue, and east to what would be SW 62nd Avenue.

One of the previous requests from the neighbors was for a wildlife corridor along the southwest portion of the property along SW 65th Avenue that would also serve as a buffer between the horse farms and the development. Resident Lisa Kaslow even provided a suggested site plan showing the enlarged buffer between the single-family homes and the horse farms. The commission made no comments on the suggestion.

Ken Metcalf, senior planner for the from the firm of Stearns Weaver Miller, which represents the On Top of the World community and Colen Built Development, requested that impact fees from the Calibrex project be used specifically to expand widen SW 38th Street. It is the northmost road that will access the Calesa Township community now being built. Commissioners and County Administrator Mounir Bouyounes declined to earmark funds for this, saying both SW 38th Street and SW 52nd Street are already priorities for the county.

The board did decide to prioritize making SW 52nd Street a four-lane road due to the Calibrex project and also directed county staff to “revise the Transportation Improvement Program (TIP) to include SW 52nd Street and bring it back to the board for approval.”

Calibrex submitted revised plans for its development based on discussions with the board at the October commission meeting. They changed the location of three drainage retention areas to the west side of the parcel; moved the dog park to the southwest corner; and added a 6-foot-tall privacy fence on the outside of a 15-foot-wide vegetation buffer.

The county recently approved two other major developments on SW 60th Avenue. The Ocala Townhouse South is a 280-unit development planned for a 36-acre tract on the east side of SW 52nd Street, and Pointe Grand Ocala South will have 548 apartment units on 38.5 acres on the west side of SW 60th Avenue at SW 58th Street.  When built out, the three projects will total over 2,000 housing units in the immediate area.

After the meeting, neighborhood activist Mira Korber referenced a commission decision earlier in the meeting that denied an applicant permission to have six horses in Golden Hills, a residential neighborhood.