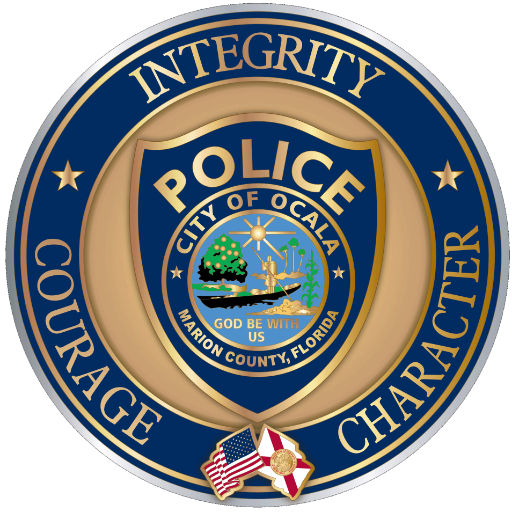 A group of black ministers showed up at Tuesday’s Ocala City Council meeting and raised questions about the policing methods of the police department as well why the council has no oversight or policy-making authority over the agency.

“I’m here tonight to ask the City Council – because you’re the policy makers – that you consider reviewing, looking at how we police in Ocala,” said the Rev. Dr. Tommy Brooks of the New St. John Missionary Baptist Church, who spoke for the group of Black pastors.

Brooks told council members that he sees what amounts to “harassment” by OPD officers on the westside and asked the City Council to intervene and stop it.

“Everything is fine. We don’t want anything to happen in our town. This is our town, this is where we live.

“… I don’t know where you live, but how would you like to see a police officer on every block, on every corner? And as soon as you pull out of your garage or your driveway and head down the street, you get pulled over. … You know how long that would last? Before lunchtime that would stop.

“On the westside this is what I see all day, every day. We ought to be in the business of de-escalating, not escalating.”

Brooks said there was a time when OPD and westside residents “did a lot of community relations,” but there is little of that on the westside now.

“I am asking the City Council to take a look into this,” he said. “I watch it every day. I see it all day. … People are watching. People are coming to me complaining about being pulled over because they’re 2 inches over the white line. All kinds of crazy stuff.”

Brooks called on the council to fund the police department, “not for more bullets, but for community policing.”

City Council President Jay Musleh agreed with Brooks that more conversation between the police and westside residents is warranted.

“I think the community probably does need the dialogue,” Musleh said. “I’m extremely proud that we haven’t had the kind of incidents here in Ocala/Marion County that have happened in other communities.”

Yet, Musleh told Brooks he was unsure what the council could do, given that the city charter gives authority over the police to the elected mayor, not the elected City Council.

“I’m not even sure what the council could do,” Musleh said. “Tommy brings up an interesting point. I mean, what can council do to direct any changes within the police department? I think the only thing we could do is budget and withhold the nomination of the police chief (whose contract is up for review and renewal every two years.)”

Police Chief Greg Graham came armed with a list of OPD statistics to respond to Brooks’ claims. Citing the compilation of five years’ worth of OPD statistics, the chief disputed there is any racial profiling. He noted racial breakdown of a number of routine actions by OPD:

Graham said his officers receive de-escalation training every two years and that every case involving the use of force is reviewed internally by five levels of command. The department has body cameras on every officer, he said, and 93 percent of internal affairs investigations at OPD are initiated internally.

“We are as transparent as we can be,” Graham said.

The police chief also challenged Brooks’ claims that there is more police presence on the westside than the eastside and that OPD was not replacing departing minority officers with other minorities.

Graham noted that he meets the third Monday of each month with a group of pastors to ensure there is open dialogue, something Brooks acknowledged and said he appreciated.

“The chief does more community relations than his officers do,” Brooks told the council.

Yet, Brooks said he was surprised by the lack of control and input the City Council has regarding the police department.

“I find it mind-boggling that this council has no control over the police,” he said. “How does the police govern themselves?”

Mayor Kent Guinn responded that he believes the police and the city are listening to citizen concerns, adding that he has joined the NAACP.

“We’re all in in working with the black community, there’s no doubt about that,” Guinn said.