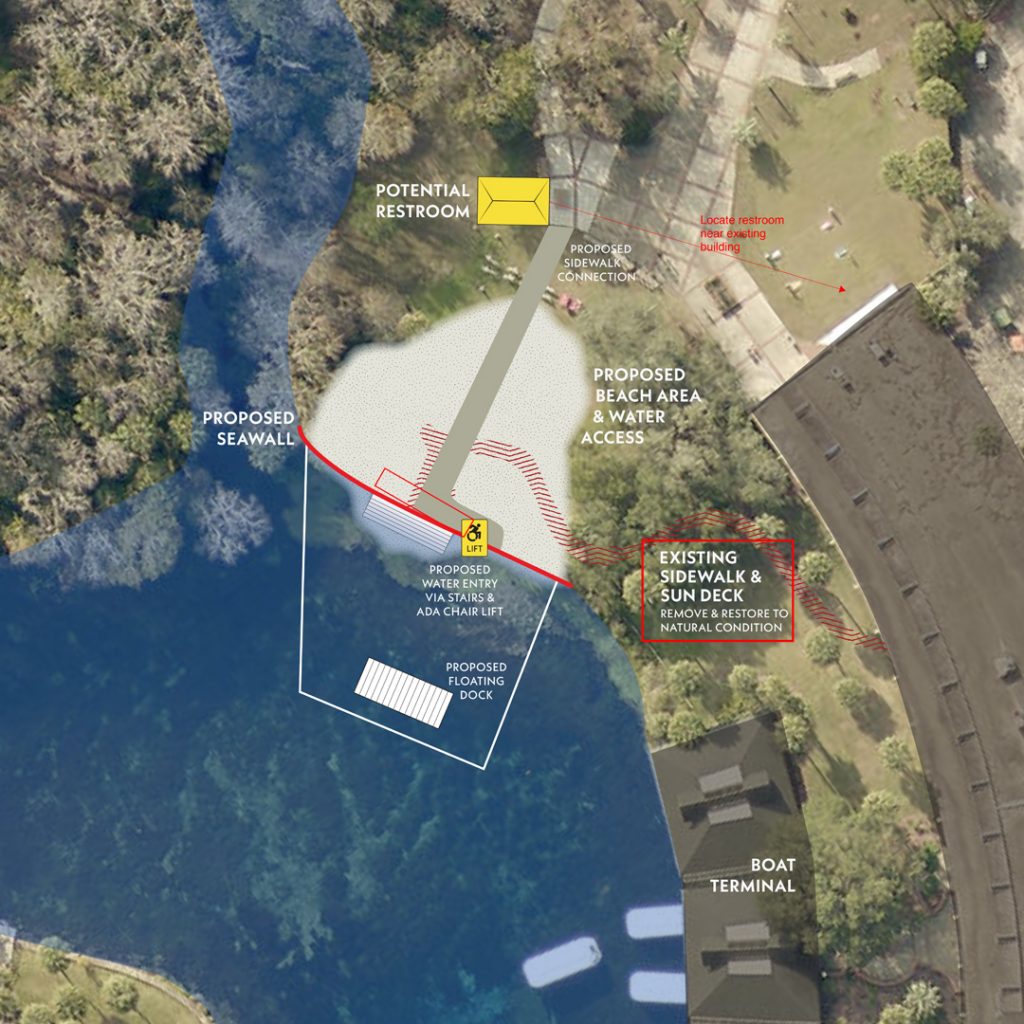 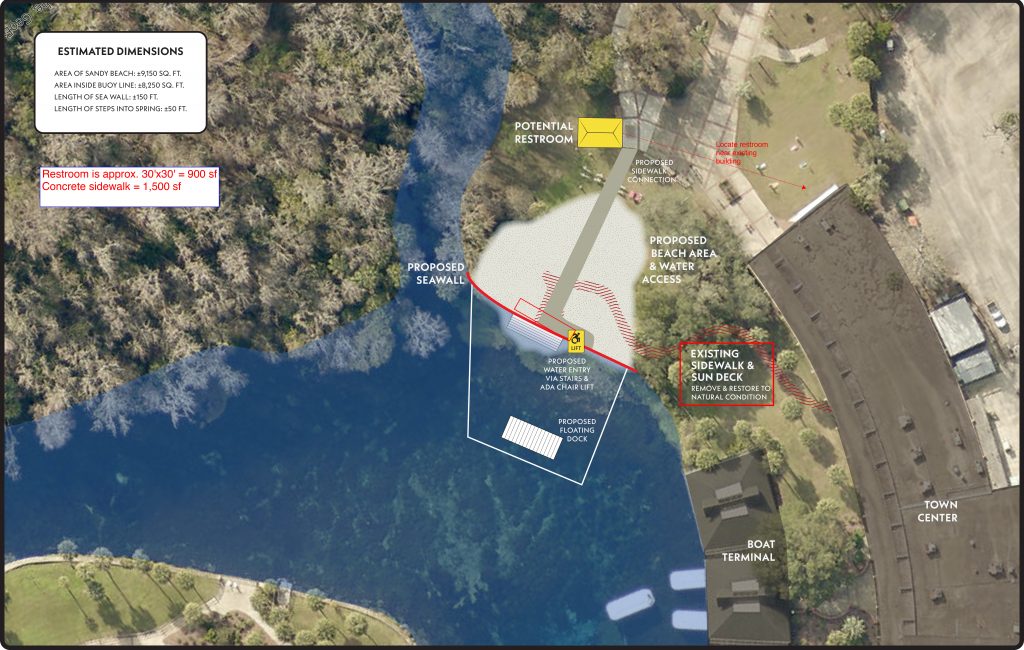 The Florida Parks Service announced that a swimming area at Silver Springs State Park could be ready for public use in about 18 months.

Marion County Parks and Recreation Director Jim Couillard released a timeline and a project rendering this week, showing that after years of waiting the Park Service expects the project to begin moving forward in earnest in about two months.

Parks Small, assistant director of the FPS, sent a letter to the county saying the plan for now is to seek construction bids in about two months. Permitting and design is expected to be completed in about five months, with construction getting under way in six months.

The total project, Small wrote, should be completed in about 18 months, or early 2022.

The FPS also released a conceptual design of what the new swimming area will look like. It will have a similar layout to the swimming beach and area that many native Ocalans remember from the days when the springs were open to swimming.

The beach is proposed for the west side of the headspring adjacent to the glass-bottom boat docks. There is a seawall with steps leading into the water. The plan also calls for a proposed floating dock out in the spring – again, a feature that harkens back to yesteryear.

Since the springs became a state park in 2014, the master plan has called for a swimming area. But because of budget priorities and changing FPS administrations, the project has lagged. It is now, however, on track to get under way.

State parks officials have said there will likely be a limit to the number of people who will have access to the swimming area once it is open in order to protect the springs from overuse and potential environmental damage.