‘Bans Off Our Bodies’ protest in Ocala on Saturday, part of nationwide day of action supporting abortion rights 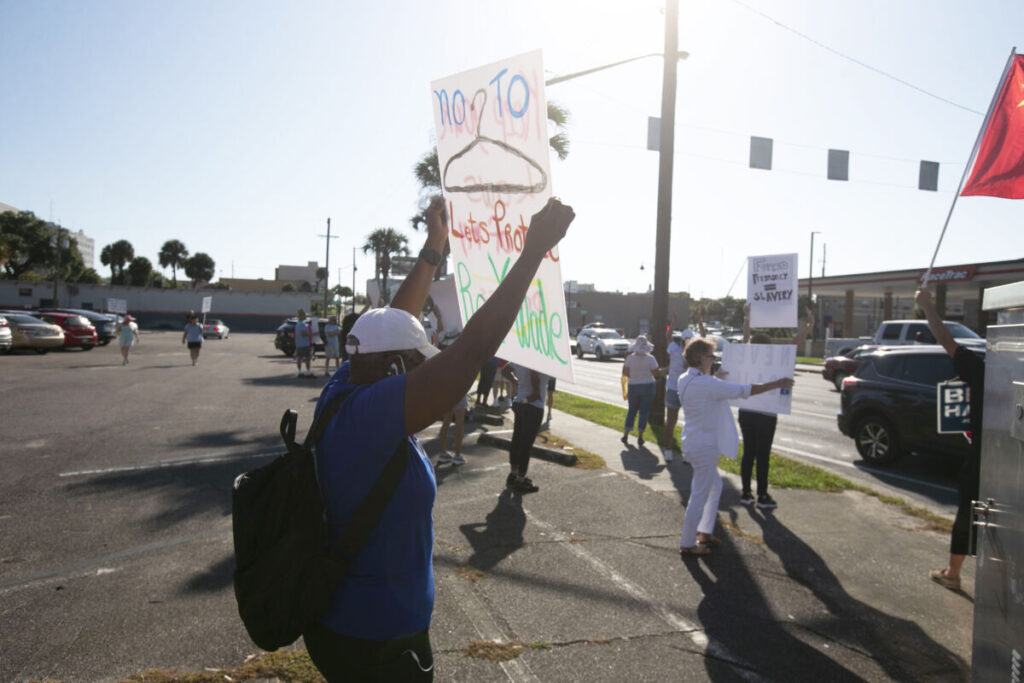 In this file photo from 2021, abortion rights protesters holler at motorists near the intersection of South Pine and Silver Springs Boulevard in Ocala, Florida. [Alan Youngblood/Special to the Ocala Gazette]

Abortion rights supporters will gather for a “Bans Off Our Bodies” day of action in support of abortion access and reproductive freedom on Saturday, May 14, according to a NOW of Greater Marion County (NOW) press release.

The protest is one of more than two hundred events planned in cities nationwide in response to a leaked Supreme Court opinion overturning Roe v. Wade and the Constitutional protections for abortion.

Hundreds of thousands of people across the United States are expected to turn out at events planned in all 50 states, with major anchor events planned in New York City, Austin, Chicago, Los Angeles and Washington, D.C., according to the press release.

Organized locally by NOW and the Democratic Women’s Club of Marion County, the Ocala event will take place on Saturday from 1 p.m. to 3 p.m. at the intersection of State Road 40 and U.S. Route 441.