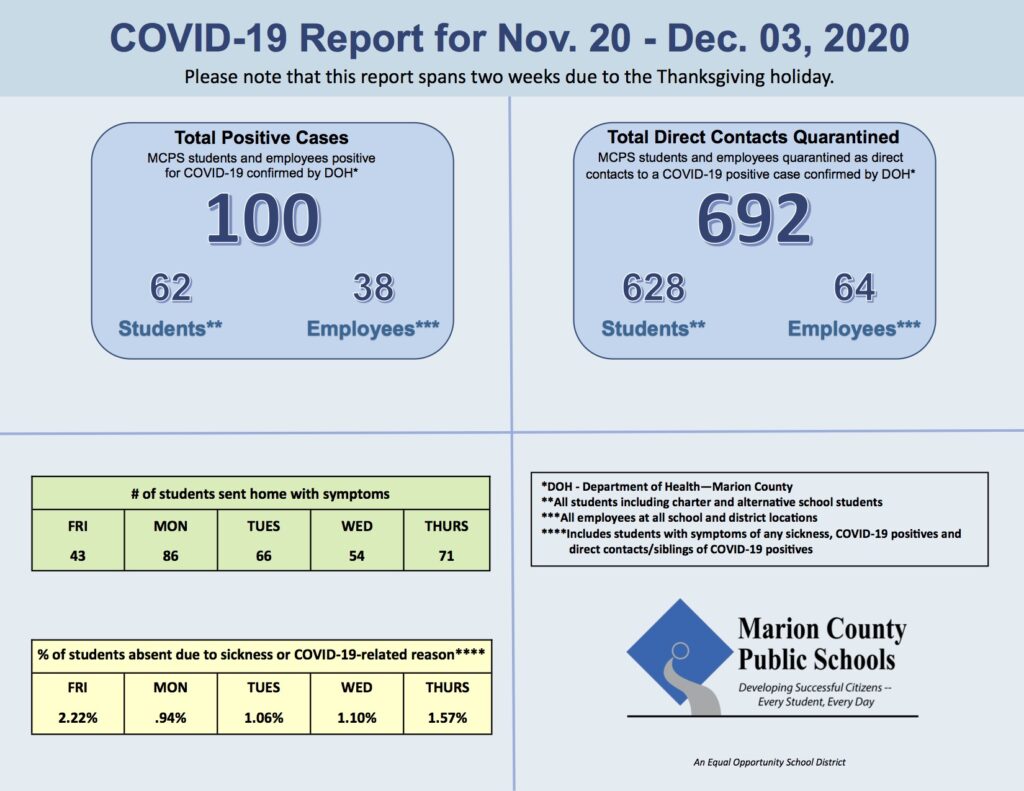 There were 100 positive COVID-19 tests within Marion County Public Schools during a two–week timeframe between Nov. 20 and Dec. 3, MCPS reported. Of those 100 positive tests, 62 were students and 38 were employees.

In addition to the positive tests, 628 students and 64 employees were also quarantined by the Florida Department of Health after having direct contact with someone who had tested positive for the virus.