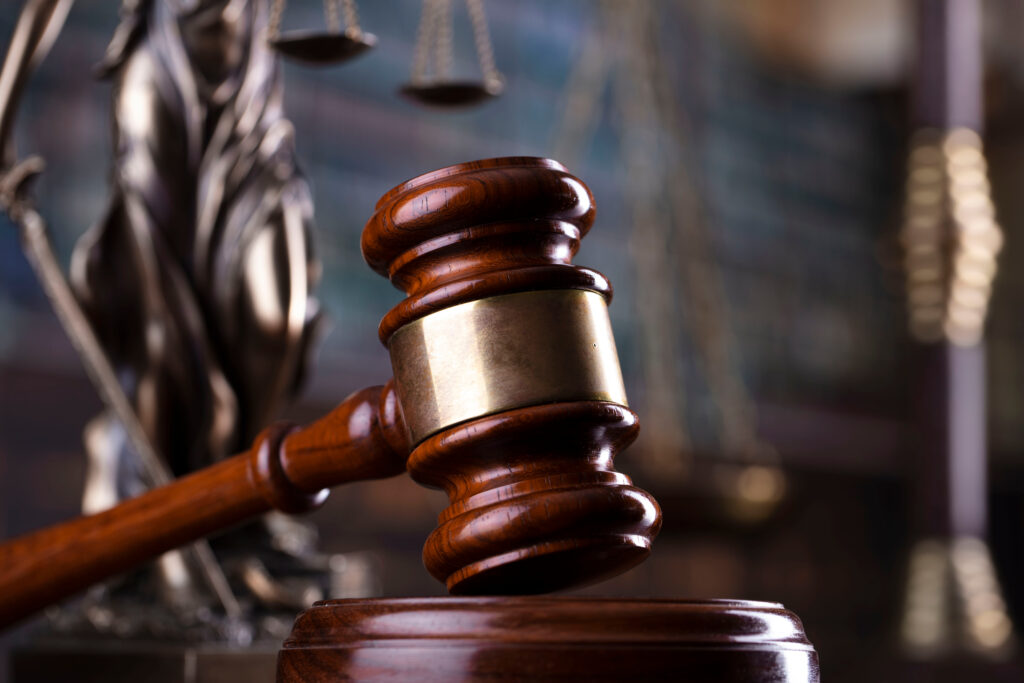 Clerk of the Court David Ellspermann confirmed that there continue to be no jury trials since March, and that jurors previously scheduled to appear 11/30, 12/1, 12/7 and 12/8 were cancelled due to increased COVID-19 numbers. However, Ellspermann added that they were able to successfully empanel a Grand Jury on November 16.

The Felony Trial Calendar, also updated last on Nov. 24, reflected an intention by Circuit Court Judges Lisa Herndon, Steven Rogers and Anthony M. Tatti to hold felony criminal trials starting the week of November 30th and various other weeks through the end of the year.

But while this week’s trials were cancelled, Marion’s administrative judges are hoping to resume trials next Monday, Dec. 14, even as COVID numbers are on the upswing locally and nationally.

Edward Scott, the administrative judge for Marion County, confirmed the courts are watching the local positivity numbers and are deciding on a weekly basis whether to go forward with jury trials scheduled for the following week.

“As it stands today, we hope to start jury trials the following week, the week starting December 14,” Scott said. “For everyone who wants their day in court, we want to give that to them. But number one always has to be public safety.”

Jack Maro, a local criminal attorney, said the last-minute cancellations could cause a lot of frustration and extra work for area attorneys.

“We have to serve trial subpoenas on witnesses in advance, many of whom do not want to come to the courthouse to testify, and so to keep cancelling the need for their appearance only creates more hassle the next time we try subpoena them. Serving witness subpoenas is also a costly process to do repeatedly. And, every week you are rescheduled, the attorney is having to rebalance his schedule.”

But more importantly, Maro said, “Cancellations undermine the confidence defendants and jurors have in the system.”

In an order entered May 21, Florida’s Supreme Court identified four phases of court operation during the pandemic.

Under Phase 1, in‐person contacts are inadvisable and court facilities are effectively closed to the public.

Phase 3 relaxes the protective measures and allows a greater volume of in‐person contact if the court meets certain benchmarks of Phase 2 and if there is an effective vaccine available and in use.

When it is determined that COVID‐19 no longer presents a significant risk to public health and safety, that will be Phase 4.

The May 21 order granted the chief judge of each Florida judicial circuit the discretion to determine whether and when to move from one phase to another. Marion County is in the 5th Circuit, along with Sumter, Levy, Citrus and Hernando counties. The chief judge for this circuit is Judge Daniel B. Merritt, Jr.

In order to pave the way for the COVID-related suspension of jury trials, the Florida Supreme Court earlier this year suspended the “Speedy Trial” doctrine, which requires prosecutors to bring cases against defendants to court within a short period of time unless the defendant waives that right. Speedy trials “shall remain suspended until 90 days after the Chief Justice (for the Supreme Court) has approved the certification of the chief judge (Merritt) of a judicial circuit that the circuit or county within that circuit has transitioned to Phase 3,” the order stated.

Maro explained why this could create significant hardships for defendants.

“With no protection under the speedy trial rule, my client can sit in jail for unspecified time and be rescheduled over and over again, and there is no protection in place for him,” Maro said. He added that he was also concerned that incarcerated defendants didn’t seem to be prioritized for trial over those who are out on bond.

Marion County courts transitioned to Phase 2 on October 9 by order of Chief Judge Merritt. Under Phase 2, the courts are allowed to operate in-person hearings using public health and safety measures. For a court to transition to Phase 2, there had to have been an improvement in COVID-19 health conditions over a 14-day period in the community. The four measures of improvement were daily numbers of new positive Covid-19 cases, daily percentage of positivity rate, daily number of COVID-19 related hospitalizations and emergency department visits, analyzed to provide seven-day averages.

On November 23, 2020 Florida Supreme Court Chief Justice Charles T. Canady issued an amended administrative order updating court operating guidelines for Phases 2 and 3. The order encouraged “chief judges to monitor public health data and local conditions at least weekly to determine if a change in court operations, meaning a modification to operations, an amendment to the operational plan, or a reversion in phases, is necessary.” The order adopts a judicial Workgroup’s recommendation for “two consecutive weeks of decline or stabilization” as the statewide standard for moving to Phases 2 and 3.

The Workgroup also suggests a methodology for determining whether local courts should downgrade to a prior operational phase by looking at the seven-day and 14-day averages for new cases, hospitalizations and emergency room visits. Included in the decision matrix, two-week periods must be less than 10 or 11 percent.

Jeffrey Fueller, public information officer and emergency coordinator for the 5th Circuit, said that Chief Judge Merritt receives statistical data provided by the Office of State Court Administration every Tuesday and holds Zoom meetings with the administrative judges every Wednesday.

Fueller said this past week’s trials were cancelled at the discretion of local judges who noted a spike in local COVID-19 rates. Fueller said the courts are still working to move along as many cases as possible by hearing negotiated plea agreements and other dispositive motions. Zoom hearings have become the primary source of moving cases along, a strategy that would likely stay in place “for the foreseeable future,” he said.

On Tuesday, December 1st, Mark Landers, Department of Health in Marion County Administrator reported to City Council that the last two weeks average weekly positivity rate were 8.8 percent and 9 percent, respectively. However, some daily percentages over the past week have spiked over 10 percent.  Marion County Bar President, Gordon Glover said, “The community needs to understand that our local positivity rate is impacting the Court’s ability to do a very important job.”