Woods, Graham weigh in on assaults on cops

But while focusing on the potential spread of the virus, it appeared one of Woods’s key reasons for the no-mask order got lost in the haranguing.

“In light of the current events when it comes to the sentiment and/or hatred toward law enforcement in our country today,” Woods wrote, “this is being done to ensure there is clear communication and for identification purposes of any individual walking into a lobby.”

As of Sept. 1, according to FBI data, 33 law enforcement officers had been “feloniously” killed during 2020, which means, per the agency’s definition, that they were killed in the line of duty by a suspect’s “willful and intentional actions.”

That was up 10 percent over the same period in 2019. At least 14 of those deaths occurred in the South.

Locally, statistics from the Ocala Police Department and the Sheriff’s Office show that arrests for assault on law enforcement officers at both agencies are trending upward for 2020 and are projected to be the highest in at least four years.

During the first six months of 2020, OPD has booked 16 suspects for assaults on its officers, which projects to 32 for the year.

Meanwhile, the anticipated total for the Sheriff’s Office is up dramatically.

But as of last Friday, deputies had hauled in 57 people for assaulting them.

Sheriff’s spokesman Sgt. Paul Bloom said anti-police unrest in some major cities under Democratic control might be an explanation, although that’s not definitive.

But, he added, COVID-19-related frustration over lost jobs and tension stemming from extended stay-at-home confinement may have been a contributing factor.

“They could be taking it out against our guys and girls out here trying to enforce the law. The stress level in 2020 is higher than in 2019 for most folks,” Bloom said.

Yet, “that doesn’t change the fact that it’s still a felony to attack a law enforcement officer. It’s unfortunate that the numbers have climbed, but we’re not doing anything different on our end.”

Bloom also noted that for the last several months, starting before the coronavirus hit, the Sheriff’s Office has flooded quadrants of Marion County to scoop up people with outstanding arrest warrants.

In turn, he said, “with us going in there, some people run from us, and some fight us. They do what they can to get away.”

Ocala Police Chief Greg Graham said it was possible the slight uptick could be related to growing anti-police sentiment in some parts of the country. But he also called the potential increase “statistically insignificant.”

“The vast majority of feedback I get from the community is that they’re supportive of us,” he said.

“Our community treats us really well, and our officers have been trained to communicate and de-escalate. Any assault on an officer is concerning. But I don’t believe we’re seeing a trend that we’re being attacked any more so than in the past.” 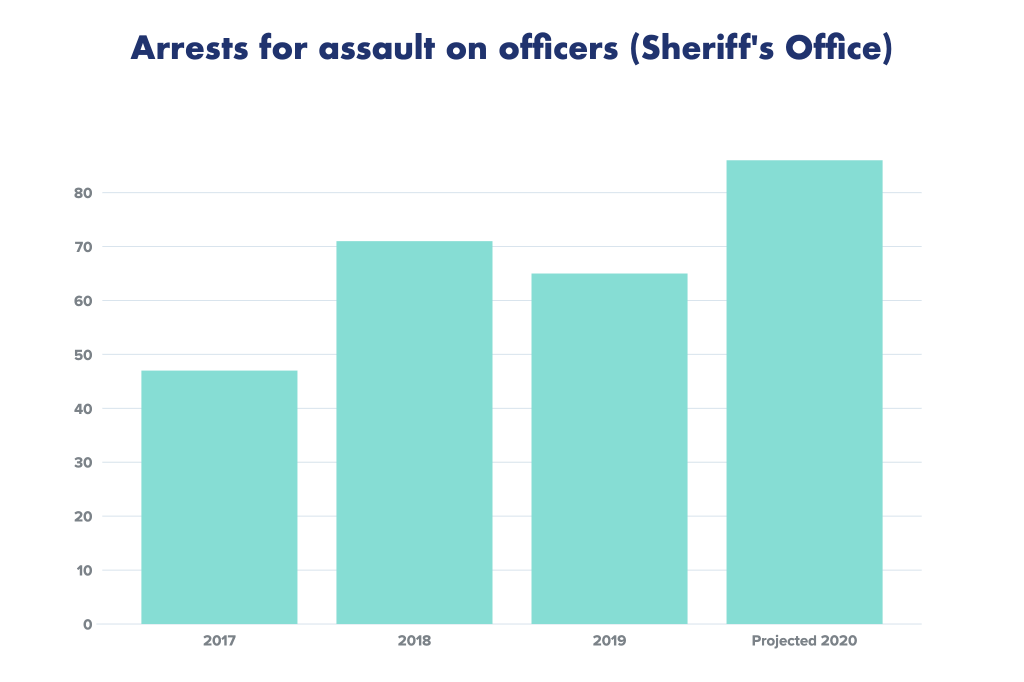 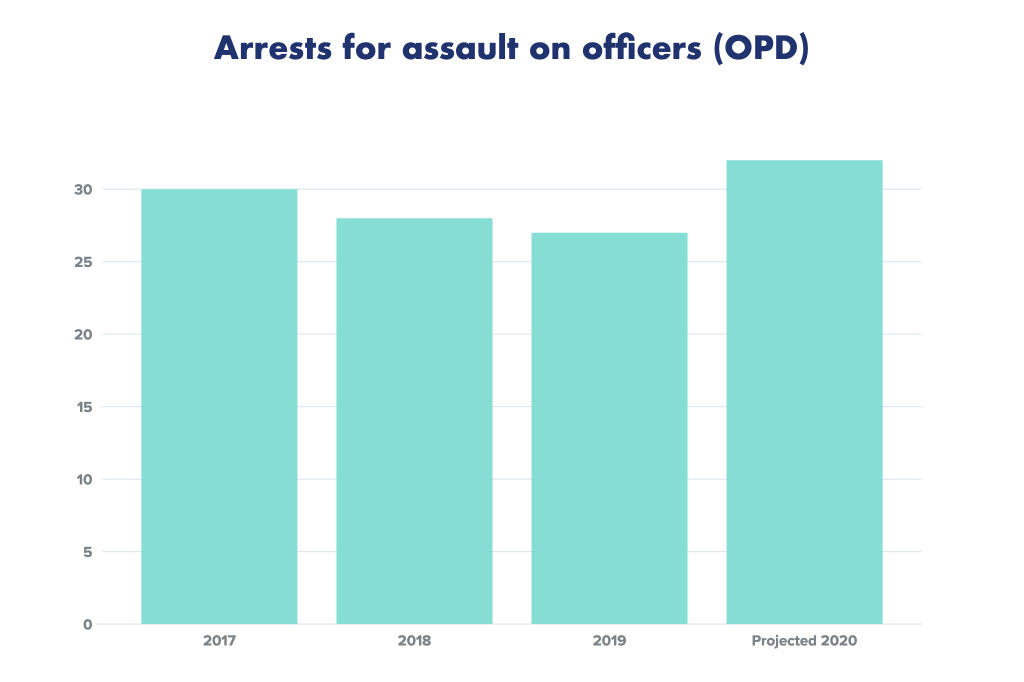