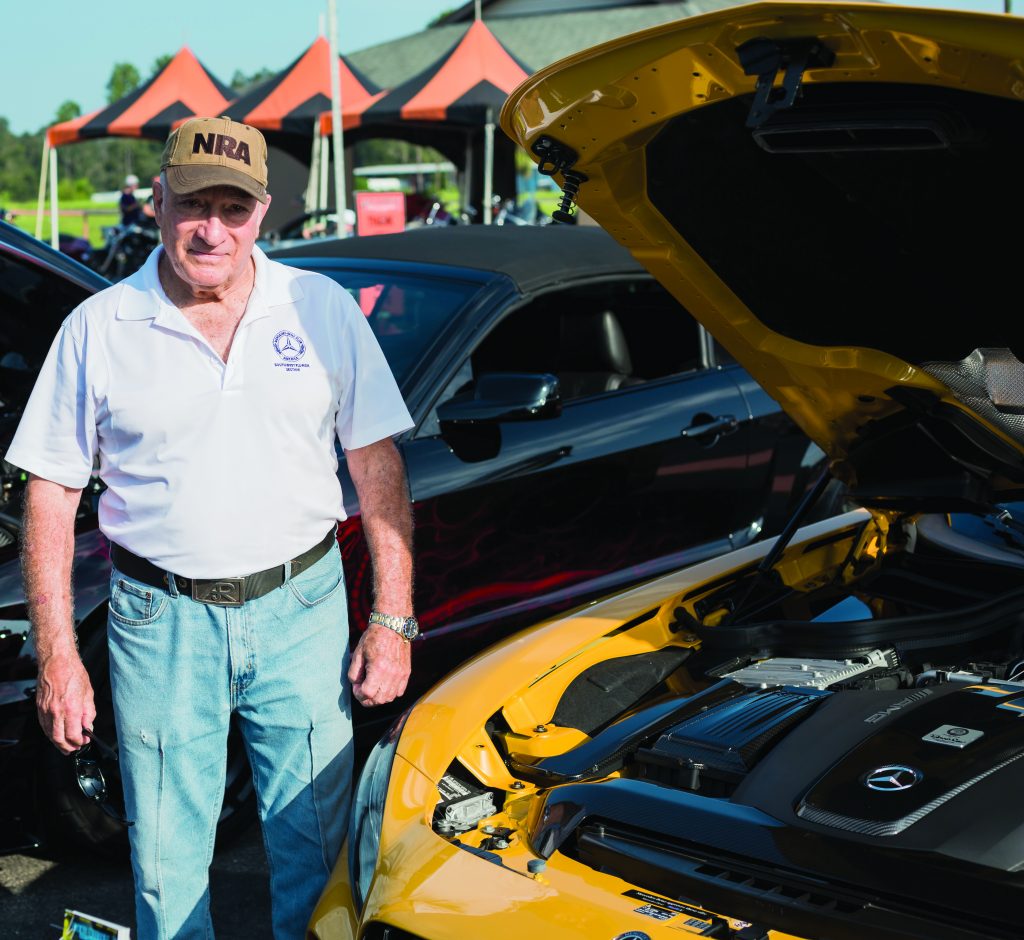 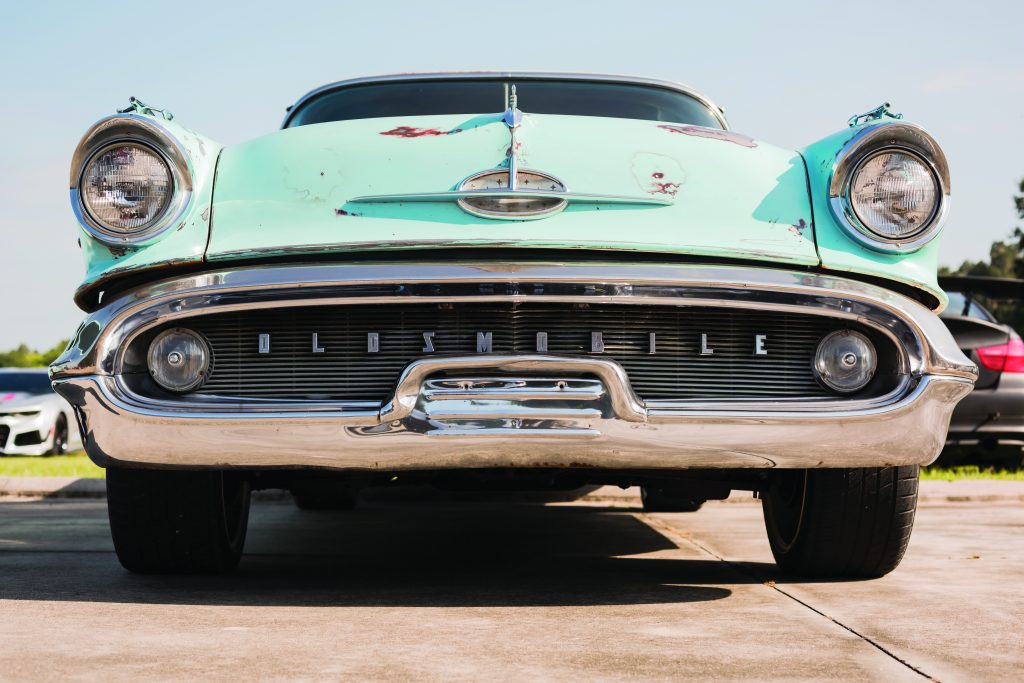 Hundreds of auto enthusiasts descended on the grounds of War Horse Harley-Davidson in north Ocala on Sunday, happy to be outside and enjoying the company of like-minded others for an Ocala Cars & Coffee event.

This was the first time back for the first Sunday monthly event since March, after which such gatherings were stalled due to the pandemic. The atmosphere was buzzing with people greeting each other, some wearing masks and many bare faced, with plenty of room social distancing on the spacious campus.

Fancy paint jobs gleamed like jewels beneath the blazing sun and nearly every arrival to the party gunned his or her engine to announce their arrival with a throaty roar.

Carl Otradovec drove his lime green Lamborghini from Jacksonville to be part of the festivities.

“My buddy runs this show and he’s been trying to get me to come,” Otradovec said. “There’s been no car stuff going on because of the pandemic, so it’s nice to come hang out with fellow enthusiasts.”

Otradovec’s “buddy” is Rob Adams, who cofounded Ocala Cars & Coffee with Steve Woodall back in 2014.

The event first was held at three other venues before it found its greatest success at War Horse.

“We are very excited to be back, and it’s a great turnout,” Adams said. “We wanted to make sure it was safe to come back. That’s the only reason we stopped in March was because of the pandemic.”

Adams said the initial goal was to host a family-friendly car event “to have something to enjoy and it’s just blown up into the event it is today.”

“There’s about 300 cars on the property today and we have two live performers and Oasis Tropical Café is providing breakfast sandwiches and smoothies and coffee,” Adams stated.

The event is for show only. It is not judged and no trophies or prizes are awarded.

“We are one of the largest meets in Central Florida,” Woodall offered. “This is just a nice way to come out on a Sunday morning and just hang out with a bunch of car people. That’s the difference with this show, the laid-back feeling of what we have going on.”

“There’s no politics in this show,” Adams reinforced. “We invite everybody. All makes, all models. There’s no judging; it’s very casual. We make arrangements so it’s very family-oriented. We hire people to make free balloon animals, do face painting. There’s kids’ games and we give a free toy car to every child. It’s just a great family atmosphere.” 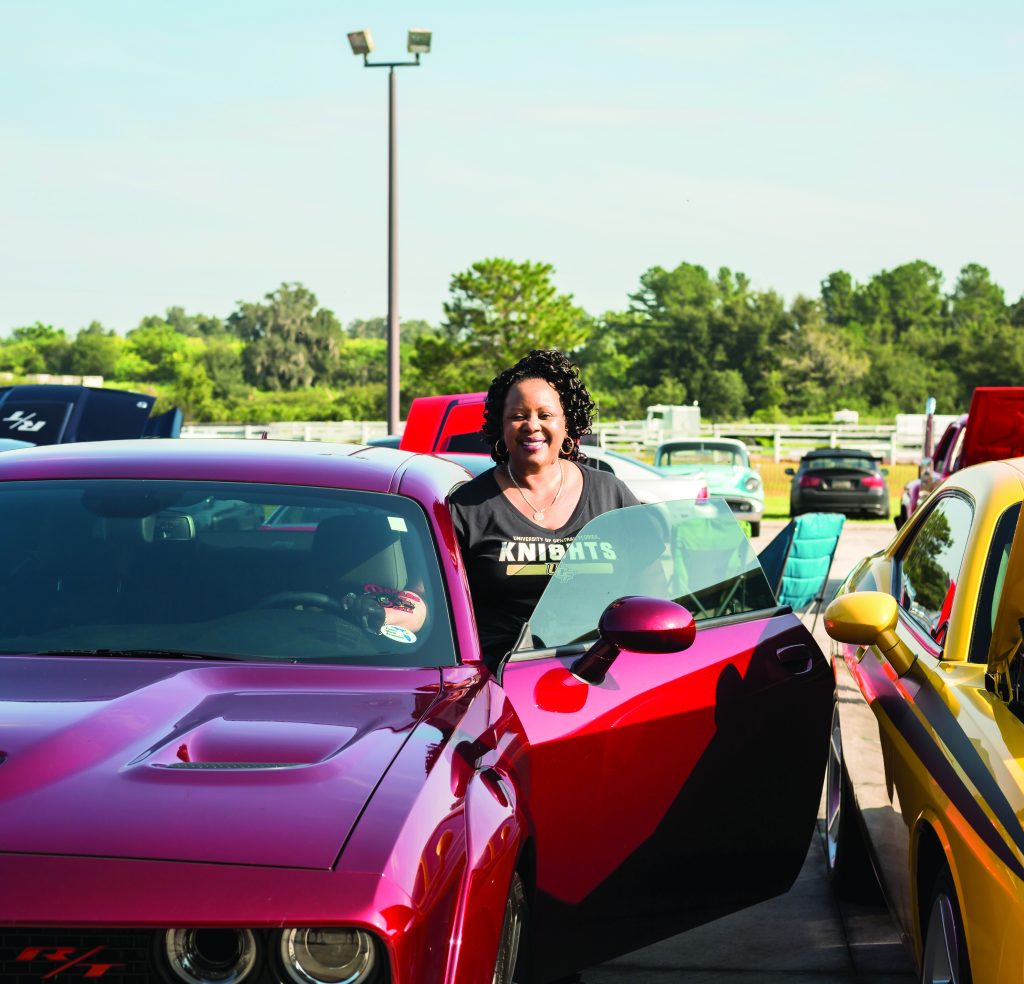 “We all have fun. We’re all car people. We appreciate what everyone brings to the table, even if you don’t have a car,” Woodall added.

The vehicles on display ranged from Al Reubin’s bright yellow 2018 Mercedes Benz AMG GTR, valued at about $200,000, to an ancient VW Beetle with fading blue paint, to a replica of a vehicle from the movie Mad Max to April Nichols’ sporty 2019 Dodge Challenger widebody.

“Steve just did the graphics on my car on Thursday,” Nichols said, referring to Woodall’s graphic design and auto wrap business. “I belong to Mopars of Ocala and a couple of our members and I are just out here having a nice time. And it’s a great turnout. This is very nice.”

The spectators roaming the grounds were as varied as the vehicles, such as dads with babies on their shoulders, senior couples holding hands, young adults laughing and joking, and nearly everyone smiling and laughing, clearly happy to be outdoors even as the temperature rose into the high 90s.

Woodall said Cars & Coffee is a nationwide program that takes place in a lot of major cities, citing Jacksonville, St. Augustine, Daytona Beach and Gainesville, which, he said of the latter show, is not “up to this caliber, but we’ve worked up to this.” 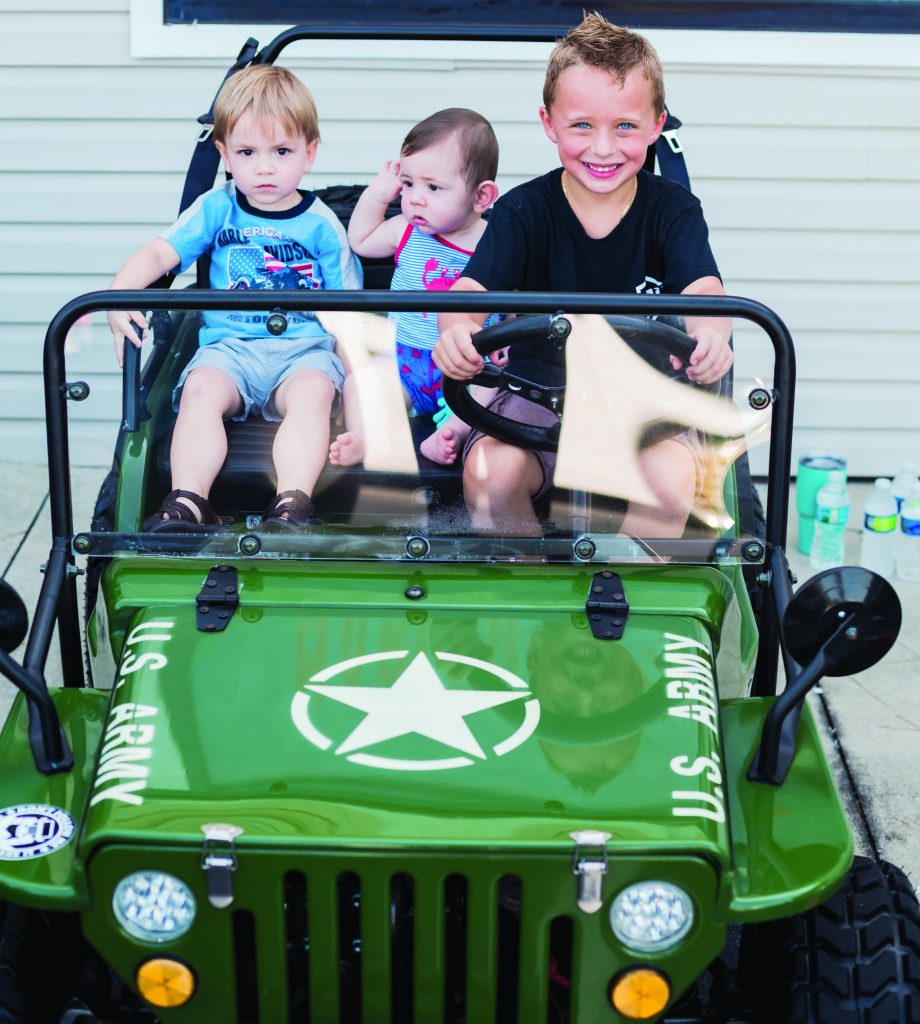 “This is something that Rob and I consistently wanted to have over the years,” he said.  “We started in Big Lots, and then went to Kmart and then to Chelsea’s Plaza, and that’s when we started growing, but there’s only 100 parking spaces. The move to War Horse has been awesome and they are great to work with.”

He said members of the War Horse Chapter Harley Owners Group pitch in to help with directing traffic and that he, Adams and the owner of the dealership all work in tandem.

Steve Corun of Ocala, who brought his yellow Lamborghini twin turbo for display, surveyed the impressive crowd and said he was happy to be there.

“I’ve always been a gearhead,” he said with a grin. “Anything mechanical or automotive, I love it. And, obviously, so do others. It’s a big turnout.”

Ocala Cars & Coffee takes place the first Sunday of each month, from 7:30 a.m. to noon. It is free to attend for spectators and drivers. There is a fee for vendors. To learn more, find the event page on Facebook.