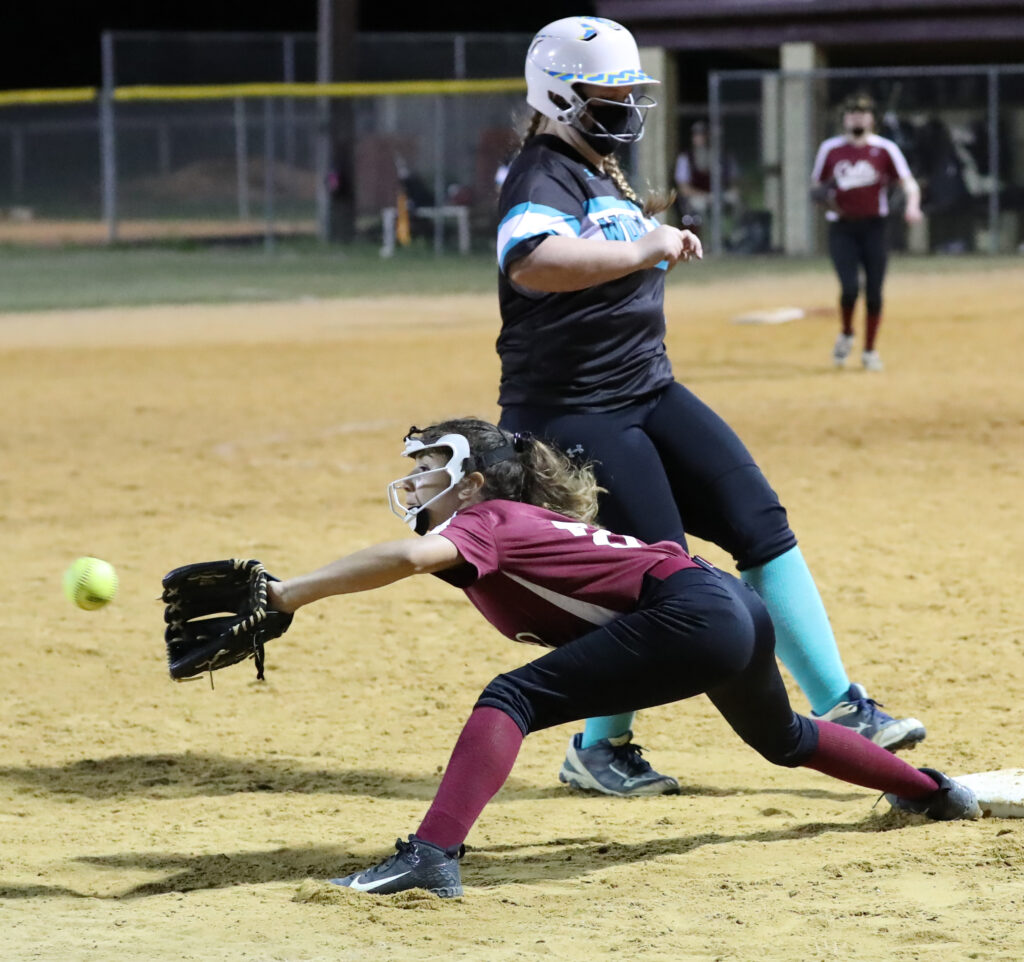 The best start in school history for West Port’s softball team only improved on Tuesday night.
The Wolf Pack, ranked 10th in the state in Class 7A in the latest poll from Miracle Sports, thumped North Marion 21-2 on the road to improve to 6-0 on the season.
West Port compiled 20 hits in the victory, and every player had at least one hit in the five-inning game. Through six games, the Wolf Pack have outscored their opponents 78-23.
“One of the biggest things for us is that we just improve on every game, even on a game like this where sometimes, you know, they can get out of control a little bit,” West Port coach William Brewington said. “But as long as my girls can improve from game to game and practice to practice, I tell them all the time that’s what builds a championship team, don’t settle. What can you improve on?”
North Marion (3-3) entered the game with a high-octane offense that was scoring 12 runs per game, but the Colts had also allowed 11.6 points per game. On Tuesday night, their offense was silenced while they gave up double-digit runs for the fourth time this season.
Through one inning, it looked like the Colts could keep up with the Wolf Pack. After West Port scored three runs in the first inning, North Marion turned three singles and an error into two runs to make it a one-run game early on. Both teams were held off the scoreboard in the second inning.
But from there, North Marion didn’t record a single hit, let alone a run. West Port outscored the Colts 18-0 over the final three frames, including a 10-spot in the top of the fifth inning to seal the run-rule victory.
Junior Madison Duncan led West Port with four hits, while sophomore Analiz Santiago was the team leader in RBIs with four. Santiago and sophomore Aniyah Dixon both slugged a home run. Sophomore pitcher Ryleigh Bauer pitched all five innings and allowed two runs (one earned) on three hits, no walks and nine strikeouts.
“I can’t be more proud of these girls for the work that they’ve done and all the girls that even came before them,” Brewington said. “We got a special group of kids, and a lot of them are real, real young. We got good leadership from the seniors, and then it just trickles all the way down to our sophomore class.”