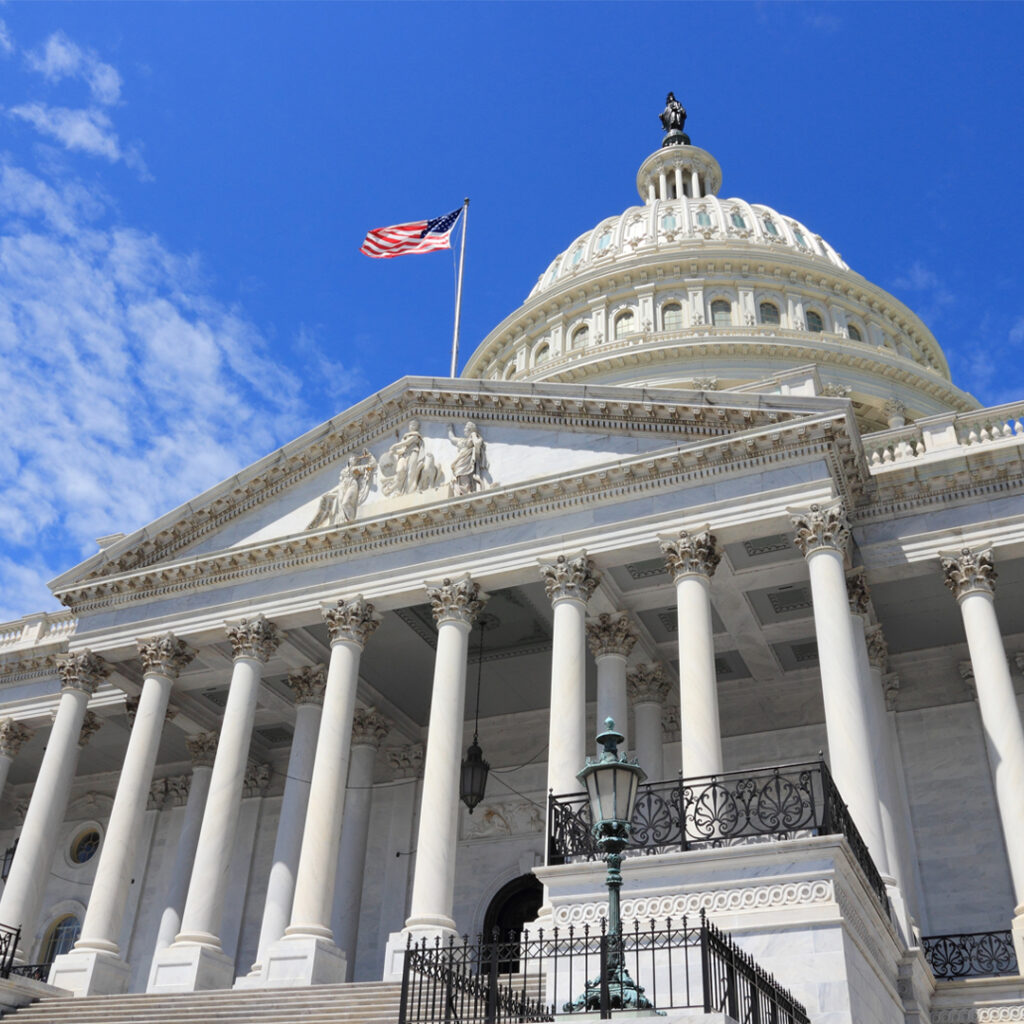 During his visit to the border wall in Alamo, Texas on Tuesday, and again after he was impeached Wednesday, President Donald Trump made statements that, for the first time in a very long time, we should all be able to agree with: The president called for peace and calm in the days leading up to the inauguration.

His critics will say these words are hollow coming from a man who for months called on his supporters to rise up and overturn an election that wasn’t really stolen. You can’t be the one telling everyone to remain calm after you yelled fire in a crowded theater, after all.

But he can, and he should.

The president’s calls for peace are welcomed, however belatedly, especially at a moment of piqued national tension. Because we no longer are talking about the potential for anarchy and violence. We are already there. We saw it with our own eyes on January 6, 2021. We watched as a political protest exploded into a riot, and a riot boiled over into an insurrection.

And here’s the thing that should really frighten us: That may have been just a glimpse of how dreadfully violent and chaotic things could become if we continue down this road.

Because, you see, the president didn’t act alone when he exhorted the crowd on to the Capitol. We are the mob. We are the ones on Facebook, Instagram and Twitter venting our anger, calling names, demonizing others with such certitude as to imply that our very republic will collapse if our opponents’ ideology isn’t vanquished.

What we saw at the Capitol was the next logical step to that thinking – the application of force to vanquish those we believe perpetuate that evil and corrupt ideology. We gave tacit, in some cases explicit, permission to the mayhem.

What we saw was the mainstreaming of American extremism.

Supporters of President Trump will point out, correctly, that the majority of those who marched to the Capitol did not breach its walls and were not violent. But the tip of the spear is just a sharp rock without the weight of the spear behind it, propelling it with accuracy and force.

We – ordinary Americans – are the spear. People of every political stripe propel our more militant neighbors with our searing imprecations, delivered through our computers and phones from the safety of our sofas. We broadcast our ugliest, angriest thoughts, believing they are free of repercussions and consequences. But they are not.

As the nation debates whether Donald John Trump incited an insurrection in the Capitol, each of us should look inward at our complicity in this and other acts of violence. On January 6, it was Trump supporters. During the summer, it was agitators looting and burning during otherwise peaceful protests over police brutality toward African-Americans. Anger and volatility are not the sole possessions of one party or ideology.

This is not a call to reject partisan politics. As iron sharpens iron, so does dissent and disagreement sharpen this nation we love. Rather, this is an appeal to express that disagreement peacefully and with dignity. It is a petition to, as Abraham Lincoln said in his inaugural address, when the nation was fracturing around him, heed “the better angels of our nature.”

It begins with each of us.

We would like to leave you – Republican and Democrat, conservative and liberal alike – with a prayer that expresses this sentiment better than we ever could. It is the prayer of St. Francis of Assisi:

Lord make Me an instrument of Your peace

Where there is hatred let me sow love.

Where there is injury, pardon.

Where there is doubt, faith.

Where there is despair, hope.

Where there is darkness, light.

Where there is sadness joy.

O Divine master grant that I may

Not so much seek to be consoled as to console

To be understood, as to understand.

To be loved. as to love

For it’s in giving that we receive

And it’s in pardoning that we are pardoned

And it’s in dying that we are born…