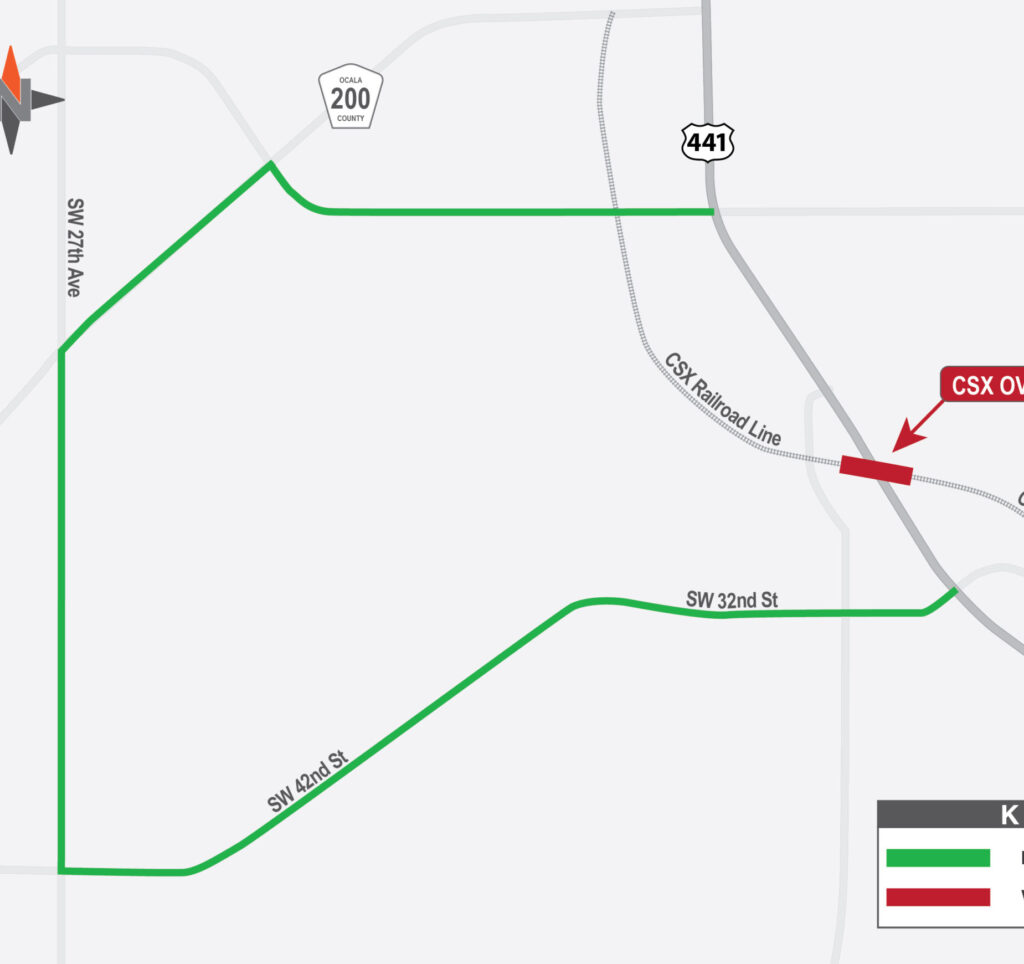 A section of U.S. 441 south of Ocala (South Pine Avenue) is closed at the CSX Railroad overpass.

Ocala’s primary north-south thoroughfare was closed Tuesday morning while CSX workers make emergency repairs to cross ties on the bridge. A detour will be in effect for both northbound and southbound traffic on U.S. 441 from 9 a.m. Tuesday to sometime Wednesday, weather permitting.

Access will be maintained at all times to homes and businesses along U.S. 441 between the detour locations.

North of the railroad crossing, the detour will begin at Southwest 17th Street. Motorists heading south on U.S. 441 approaching the closure will be directed to turn right (west) on 17th Street and proceed to State Road 200. Motorists will then turn left on S.R. 200 and then left on Southwest 27th Avenue. From there, motorists will go south to Southwest 42nd Street and turn left to get back to U.S. 441 south of the railroad crossing. 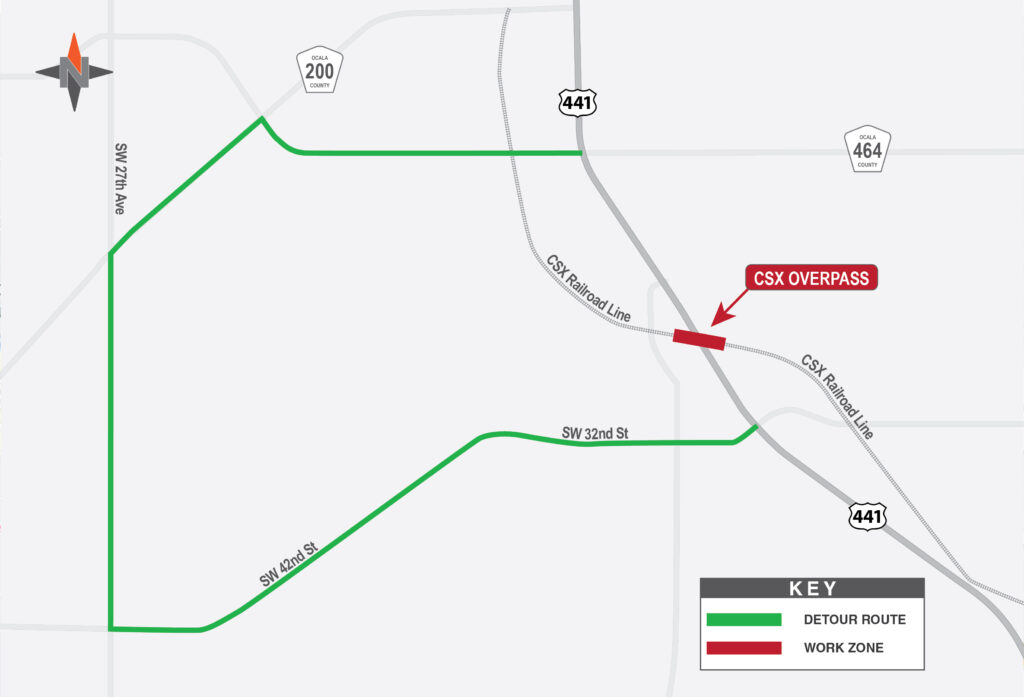