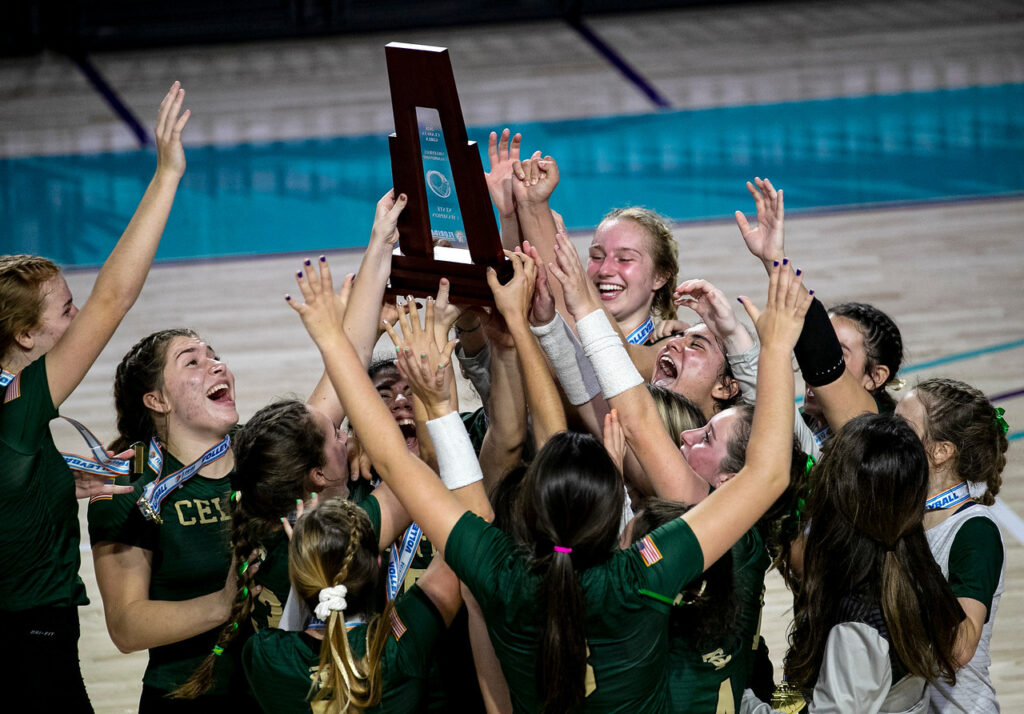 The Lady Celtics of Trinity Catholic completed a Cinderella season with a dominant win over undefeated Westminster Christian of Miami on Saturday to claim the 3A FHSAA state volleyball title.

Entering the State Championship game with a record of 17-6 and facing a goliath on the other side of the net, it would have been easy to be intimidated or cower, but the Lady Celtics didn’t. 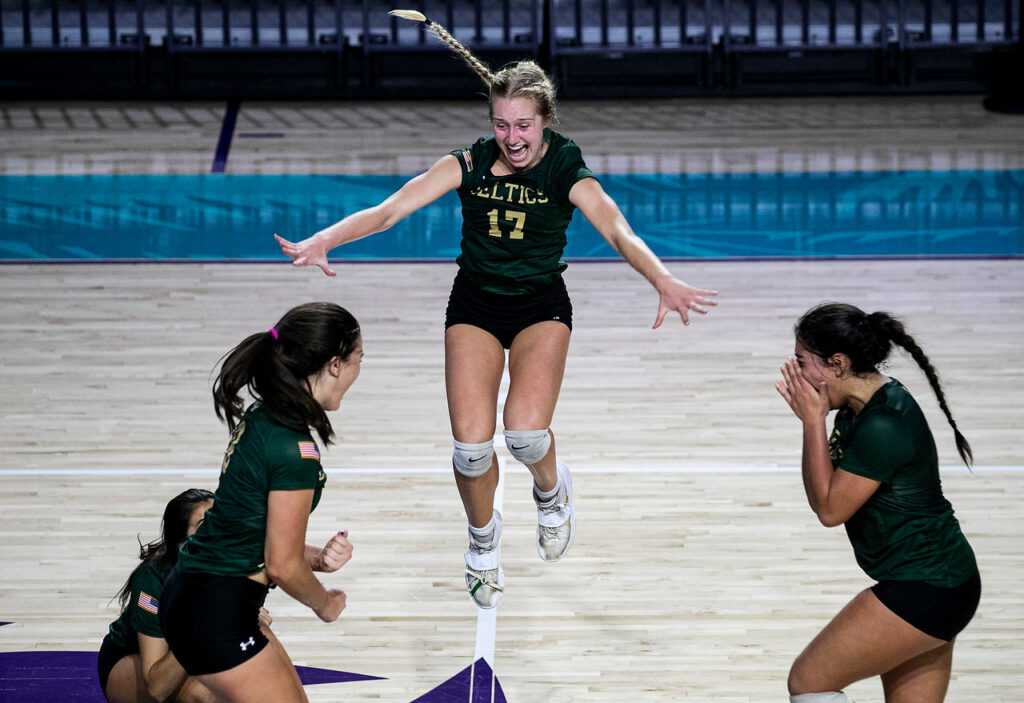 Trinity came out blazing in the first set while the Warriors of Westminster Christian struggled with service errors and poor communication. With Trinity leading 17-10, Westminster was  forced to take a timeout to regroup, but Trinity remained composed and held on for a first-set win, 25-20. It was the first set Westminster dropped in their last 51.

Trinity took control again in the second set, but Westminster rallied to tie the game at 10-10.   The two teams pressed on exchanging point for point.  The Celtics continued to block well on the front lines, allowing them to slow down some of the zip on hits from the Warriors and permitting their defense to fill the holes and pick up dig after dig.

With the score at 20-18, Camden Crews served an ace to push Trinity’s lead to 21-18. The Warriors, however, would not back down, continuing to battle for each point to eventually tie the score at 21-21 and then 23-23.

Then Trinity’s Elayna Johnson, who was formidable at the net all night, came up with a huge stuff block, giving the Celtics a lead of 24-23.  Following a long grueling rally with each team refusing to let the ball touch the floor, Westminster was finally able to celebrate, or so they thought. A controversial call by the down ref gave Trinity the win at 25-23, putting them up two sets to zero. 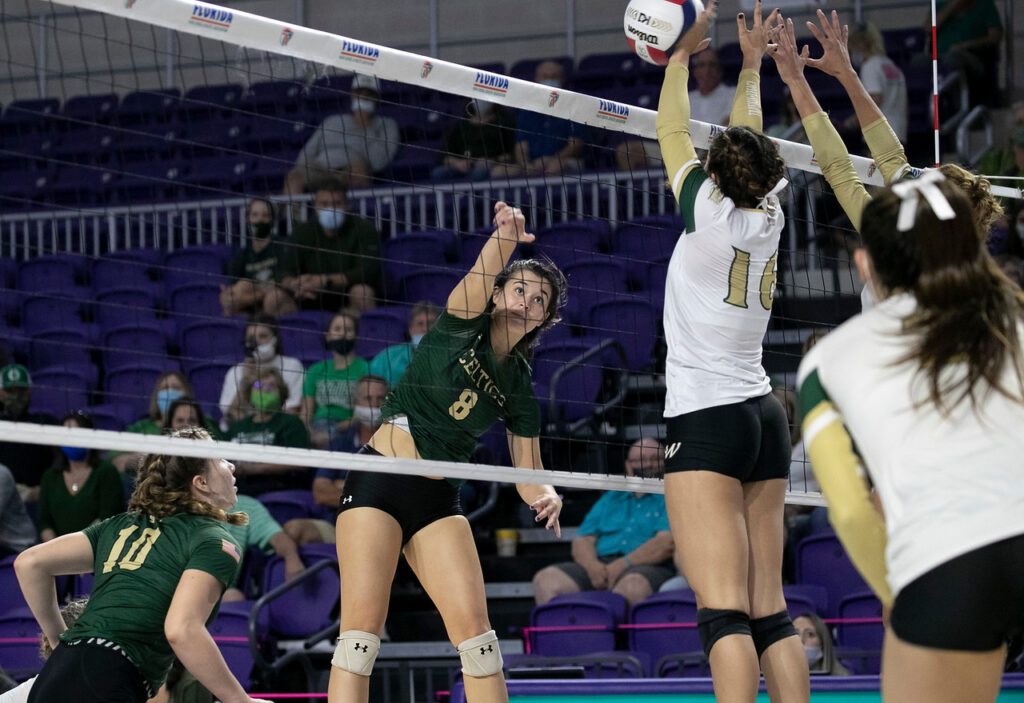 Westminster jumped out to the 3-2 lead in the third set, but then Kiana Laborde smashed through the block and tied the score at 3-3. The two teams would continue to volley back and forth until Trinity pushed out to a 10-6 lead. Trinity scored three of the next five points to push close out the Warriors and secure the championship.