Graham Young, a CF digital arts instructor and photographer in the college’s upcoming faculty exhibition, creates a continuum of images and new ways to see the world. 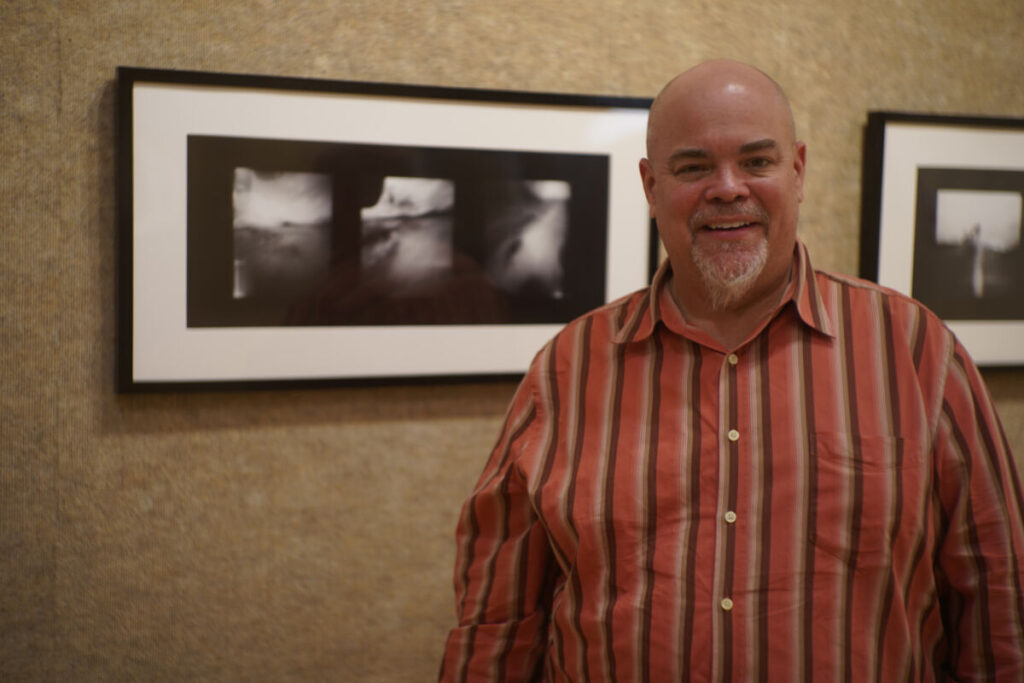 From screensavers to stock images, the internet has no shortage of pristinely breathtaking panoramas and wildlife photos so vivid they could bite you. We’ve become used to perfection by way of high contrast and crisp definition, but if you ask photographer Graham Young, the interpretive prowess of digital technology and lenses can lack a certain mystique.

A transitory narrative and an element of happenstance, which can’t be manufactured, highlight the digital arts instructor’s “Continuance” series on display in the College of Central Florida’s Faculty Art Exhibition through Feb. 2.

In the series, Young creates triptychs by way of long exposures or through multiple exposures over a duration of time. You could say it’s a form of creative amnesty, contrasting the “imprisoning of reality” Susan Sontag lamented nearly 50 years ago in her book “On Photography.” (Sontag, who died in 2004, didn’t live long enough to see the extreme touch-ups of Instagram models.)

Young’s images, on the other hand, are often blurry and a little abstract. “But within every photograph, there is something that is recognizable as an object in the world,” he clarifies.

While he embraces serendipity in his shooting, Young exercises methodical control in curating and honing the elements of his images. “I shoot a lot on film,’’ he said, “and then I take the film, develop it, and then I scan it and then manipulate it using electronic tools, mostly Photoshop.” 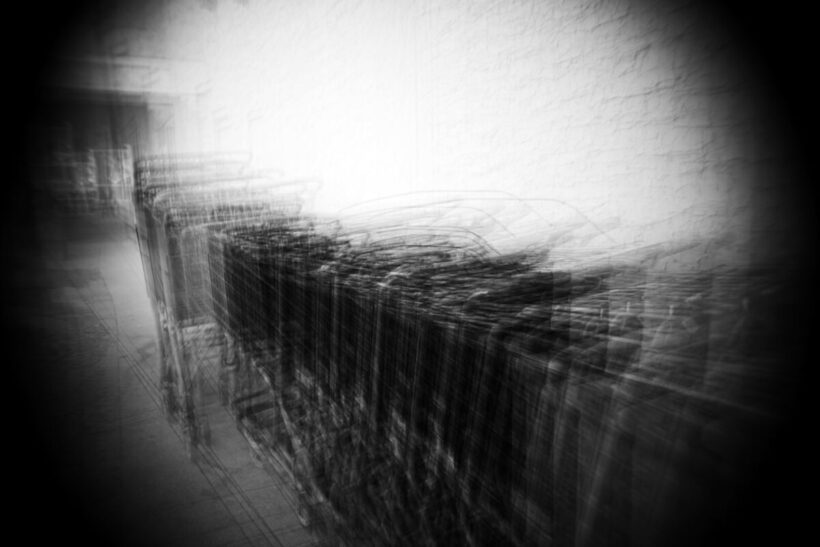 Even so, the digital embellishments in his “Continuance” triptychs are minimal. “I made sure that the three photographs have about the same lightness and darkness, about the same contrast, and then I align them.”

Young earned his Master of Fine Arts degree in graphic design from Florida Atlantic University and a bachelor’s degree in English from the University of Minnesota. He is also host of “The Homemade Camera” podcast, which discusses the devices he has created with 3D printing to be used in addition to and in place of more expensive equipment.

A Minnesotan by birth, Young takes his time explaining his process and ideas, making him a natural as a teacher. Before joining CF in January 2017, he taught at The Art Institute of Jacksonville and has been an art instructor since 1999. 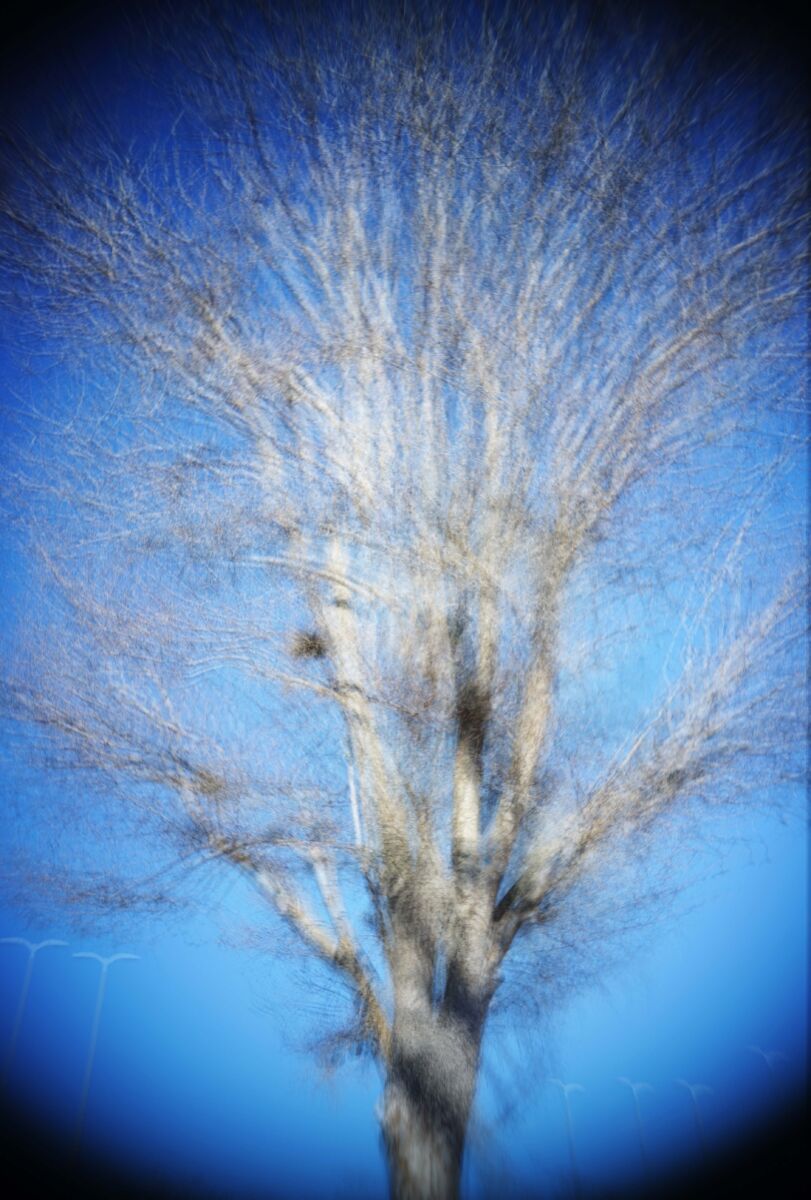 He lives in Palatka with his wife, a Putnam County Schools teacher of gifted classes, and their terrier mix, Lily.

While living in Minneapolis, Young measured two degrees of separation from two famous music stars from the Twin Cities. “I went to school with and worked with Paul Westerberg’s sister,” he shared, adding that his aunt sewed costumes for Prince’s “Purple Rain” tour.

From creating his own pinhole cameras and other contraptions to shooting with toy cameras, Holgas and professional mirrorless cameras, Young approaches photography with a love of play, tactile experimentation and a quest for discovery, resisting convention and perfectionism.

As a result, Young rekindles that old feeling of a Fotomat or darkroom surprise by allowing improvisation and the unexpected influences of light, dark, weather and physics have their hand in creating imagery.

And for his “Continuance” series, these influences play a part in a continuum of captured moments instead of freezing one static instant.

“We move through the world continuously and we’re not frozen,” Young elaborated. “There isn’t more truth in a captured photograph or a captured moment than there is in seeing moments in time layered upon each other in the same image, and that’s probably a good description of what I’m looking for visually: time layered upon itself within a single image.”

Graham Young’s “Continuance” series can be seen from 10 a.m. to 4 p.m. Mondays to Thursdays through Feb. 2 in the College of Central Florida’s Faculty Art Exhibition in the Webber Gallery, 3001 SW College Road, Ocala. Admission is free. Call 352-873-5809 for more information.