Through the looking glass of a macro lens 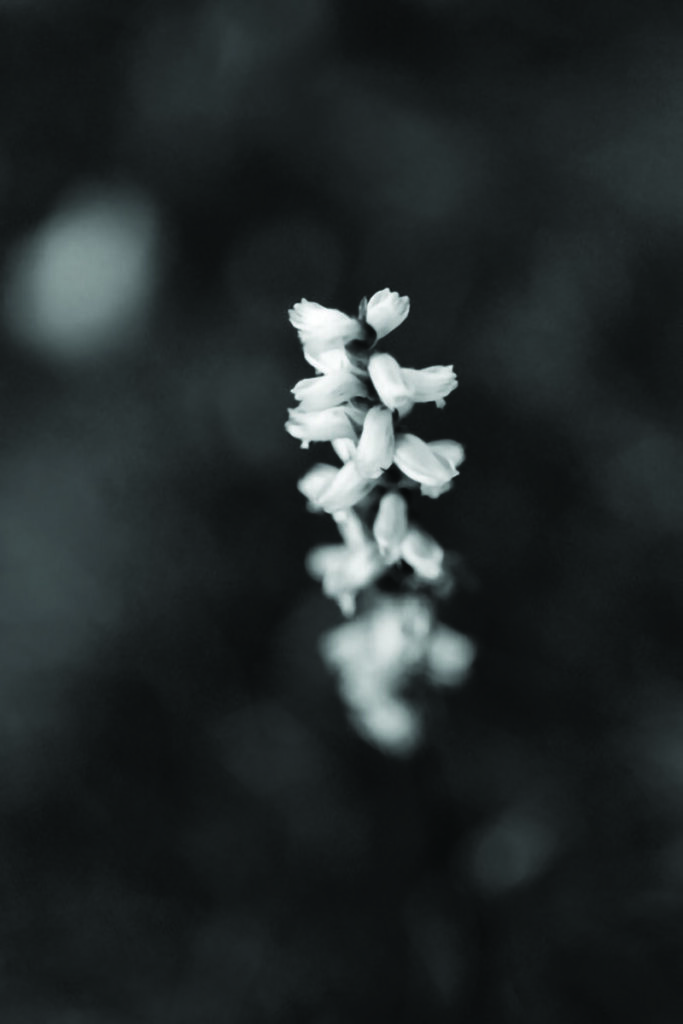 Leslie Jean Wengler’s solo show brings one up close to nature and far away from life’s trivialities. 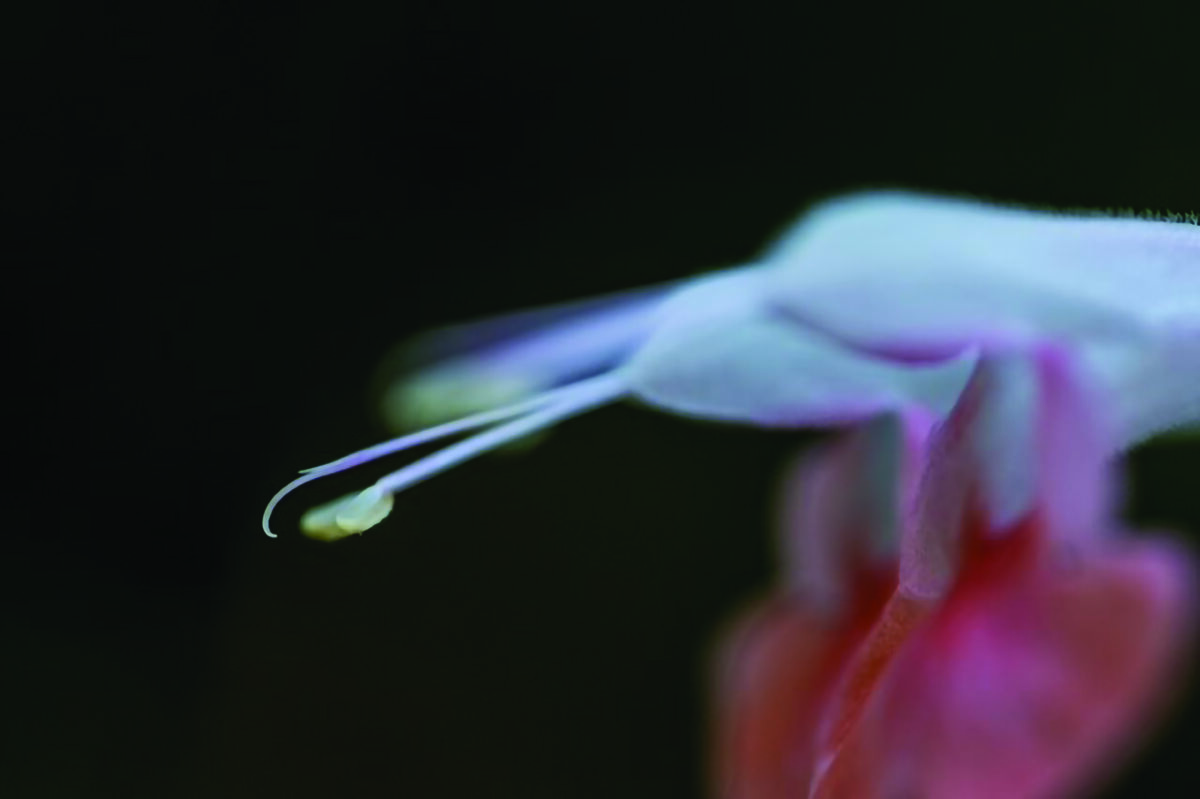 “Flight of the Hummingbirds” by Leslie Jean [Submitted]

The “mystic loveliness of childhood,” that feeling of awe untainted by the clamor of ego and society, inspired Marjorie Kinnan Rawlings in “Cross Creek” and lives on through the lens of fine art photographer Leslie Jean Wengler.

The Ocala-based artist’s first solo exhibition at NOMA Gallery, ”Flora: A State of Whim,” zooms beyond decorative landscapes and sunsets to a world that flourishes inside the bushes and grass blades, where pistils, petals, stamens and dewdrops share real estate in a colorful, alternate universe.

Through Wengler’s mind’s eye and her Nikon macro lens, we get up close to the pearlescence of flowers and plants, cilia and other delicate textures. We get to know the artist herself through her textual descriptions. It’s a two-fold experience that sets her photography apart as an immediate and intimate experience.

“I knew I wanted to be a photographer since I was 9,” she shared, “but most of my inspiration comes from the written word, John Keats, Ralph Waldo Emerson, Walt Whitman and Marjorie Kinnan Rawlings.”

Wengler references the otherworldly experience of “Alice in Wonderland” often in her works. She also speaks fondly of the people in her life who helped her along the way, including NOMA owners Lisa and David Midgett, whom she credits as opening up the world of professional fine art to her. Her family also has played a major role.

“I was very much inspired by my grandparents,” she shared. “My brother and I would go spend half the summer and camp with my grandparents in North Carolina. So, that’s really how I learned a lot about nature and hiking and camping.”

“I would climb our dogwood tree and I would get on the roof and stare off at the different trees and see the big, tall pine trees as they swayed,” she reminisced. “And I would look at the clouds and see the shapes that the clouds made, how they moved. I would just kind of daydream. … I just needed to go up there and see the world from a different point of view, if only for a moment.”

Wengler attended the Ringling College of Art and Design in 2007-08, but a family illness cut her time there short. “National Geographic” recruited her for an internship, but the 2008 recession got in the way.

“I was all packed and ready to go and two days before, I got a call that it wasn’t going to work out,” she recalled.

Wengler sold her camera equipment and went into the ministry for eight years.

“I just kind of ran from the lens for a while,” she said. 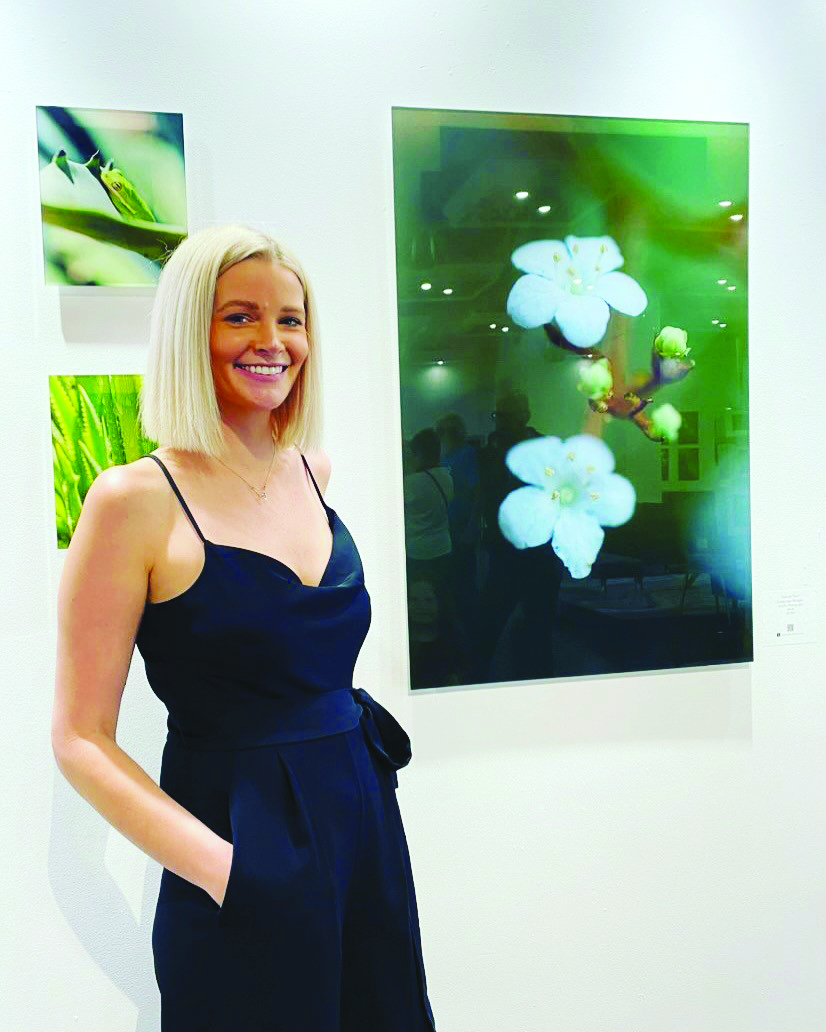 Wengler credits “National Geographic” photojournalist and Ocala resident Mark Emery as “a big mentor” in her life, as well as Lisa and David Midgett at NOMA, who displayed her work in a 2020 group show when they operated as the ArtCastle pop-up gallery.

“I’ve just been so grateful for this whole process the last two years,” Wengler said. “If someone told me two years ago that I would be doing photography again and selling it, I would’ve laughed at them.”

Thankfully, that scenario never played out, and we do have Wengler’s skillful details and personal nuances to enjoy today, such astidbits revealed in “Memories of My Aunt Linda,” an intimate view of the hydrangeas by her aunt’s front door, photographed as a final loving gesture, or in the playful “Shrimp,” a zoomorphic view of a pink shrimp flower, or “Just Us Two,” a loving tribute to her late grandfather.

“I was walking in a botanical garden. I really felt like my grandfather was with me that day,” she recalled “He passed when he was 93, but I took this photo and I saw the two flowers. To me, they symbolized my grandparents, who were together for 73 years, married two months shy of 70. The buds symbolized their three children. I describe the work as a quiet morning that turned into an evening.”

Poetic interpretations, ideas and allusions to literature fill the textual descriptions of Wengler’s work, which you can view on NOMA’s website by clicking on the individual images. They are as much a part of her art as her photos and so impactful that Florida Rep. Joe Harding has selected her works to display in his office later this year.

Like Kinnan Rawlings, Wengler shares a devotion to her natural surroundings, borne of humility and perpetual amazement, calling the viewer to action to preserve the world’s natural beauty.

“One of Kinnan Rawlings’ most profound statements to me was at the end of ‘Cross Creek’ when she says, ‘Who owns Cross Creek?’ To her, Cross Creek belongs to the ‘red birds,’ the cardinals … ‘the wind and the rain, to the sun and seasons, to the cosmic secrecy of seed, and beyond all, to time.’”

“Flora: A State of Whim” is on display until Jan. 29 at NOMA Gallery, 939 N. Magnolia Ave., Ocala. Wengler will be selling her works at the Bluegrass and BBQ festival on Friday, Jan. 21, from 6-9 p.m. at the Tuscawilla Art Park, 223 NE Fifth St., Ocala. Visit nomaocala.com to see her works and read Wengler’s detailed descriptions.