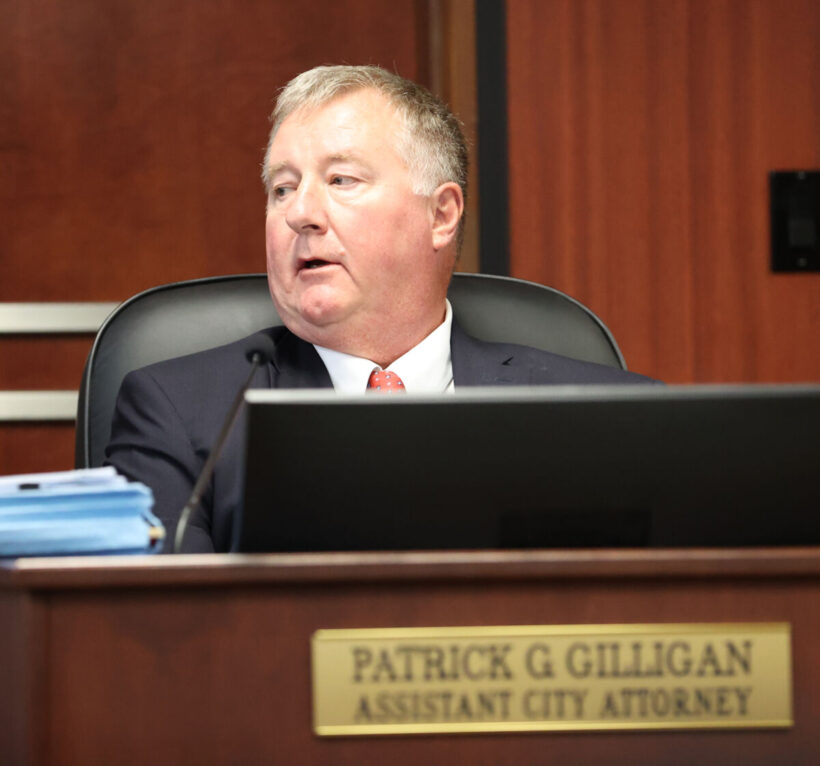 Editor’s Note: This article has been updated to clarify the fee was billed through city municipal service bills. Ocala Electric utility customers outside city limits would not have been charged.

The city of Ocala is now on the hook for paying $80 million to utility customers who for years were made to pay an illegal fire fee, but records show things never needed to get that far. While lawyers for the city and the customers exchanged settlement offers during the eight years of litigation, there is no record of a court-ordered mediation that might have brought about an agreement.

“I am also bound to follow the mandate of the 5th DCA (District Court of Appeals). I simply have no choice in the matter,” explained Hodges at the hearing. “The 5th DCA found that the tax was unconstitutional, and essentially, found that the city did not have the right to take that tax in the manner that they did, so they had no right to the money. Thus, it must be returned.”

In 2006, the city began adding a fire fee of around $15 to every monthly city municipal service bill. It was collected until the start of 2021.

The fees were not challenged as an unconstitutional tax until 2014 by plaintiffs Discount Sleep of Ocala and Dale Birch, represented by the firm of Bowen, Radson, & Schroth.

The case would eventually become a class-action suit that included all those residents and businesses who paid the fire fees through their city utility bill unless they opted out of the class during litigation. At last count, of the more than 89,000 utility account holders that paid fees, only 752 opted out of receiving a refund.

But before Hodges’ ruling, the city had multiple opportunities to reverse course on how to fund its fire services and settle the suit through legal negotiations. However, a review of the court docket by the Gazette does not reveal any evidence that the parties ever attended a mediation conference. Nor does the public record show any court order requiring the parties to do so.

In December 2013, the city attorney Patrick Gilligan, who represented the city during the initial ordinance and amendments, received a letter from the Bowen, Radson, & Schroth firm notifying the city of their representation of Discount Sleep of Ocala, LLC, d/b/a Mattress Warehouse, and all other city of Ocala utility customers.

The letter contained the first opportunity to settle the claims by rescinding the ordinance and refunding all fire user fees paid by the putative class within 45 days. The letter from Schroth offered to work out the dispute in pre-suit mediation “in an effort to avoid the time and expense of litigation.”

But the city did not accept the offer for pre-suit mediation and continued to collect the fire fees through utility bills. So, in 2014 the plaintiffs filed a suit that would go on for eight years.

In July 2016, Schroth made the city another offer: stop collecting the fees and pay $15 million in refunds, and the plaintiffs’ attorneys fees and costs.

Nearly a year later, in March 2017, city attorney Patrick Gilligan sent plaintiff’s counsel an offer of $17,506.83 for Discount Sleep of Ocala and $11,608.80 for Birch. “Since the offered amounts approximate the maximum amount each would receive as damages and additional compensation in the event this matter is allowed to continue as a class action, we trust that it provides sufficient incentive for them to resolve their action against the City,” wrote Gilligan.

In 2018, attorneys for the plaintiffs and class made another offer to the city to settle: pay $4 million and phase out collecting the fees through utility bills and find another way to fund the city’s fire services legally.

No document was produced by the city’s private attorney firm of Gilligan, Gooding, Batsel & Anderson, P.A. either rejecting or accepting this settlement offer, and the litigation continued.

In June 2020, the 5th DCA entered its order requiring refunds of the illegal tax. However, the city hoped the Florida Supreme Court would hear the case and reverse that order. The city hired another firm, Brannock, Humphries, & Berman, to handle the petition to the supreme court. The latest records show the fees for that firm were just under $100,000.

By November 2020, the Florida Supreme Court declined to hear the case. That left Ocala officials scrambling to stop collecting the illegal fees and to find another—legal–revenue source for funding fire services through the remainder of the budget year.

The city asked Schroth to consider a settlement offer that would pay each class member only 22.5% of the fire fees they paid or receive utility credits for 37.5% of what they paid. The city proposed that all class members who did not apply for the refund within 30 days would forfeit it. Batsel estimated the city’s financial exposure would have been a little more than $18 million in possible payouts or up to $30 million in utility credits.

In subsequent discussions, Schroth offered the city a settlement of approximately $56 million. The city declined and countered by increasing its settlement offer to $40 million; that would mean the customers would receive a refund of less than half of the fees they paid.

In an email to Schroth transmitting the city’s counteroffer, Batsel added: “For what it’s worth, I can tell you that city council did not arrive at this offer easily.”

It was around this time that attorneys for the city maintained to the court that Ocala was entitled to another trial to present evidence in support of a so-called set-off defense, which argues the city should get a financial credit to set-off the damages the court awarded if the funds were used for services of value to citizens. This would have reduced the amount the city would have had to refund the utility customers.

In court ordered notices sent out by the city to class members who paid the illegal tax of the final hearing on how the $80 million would be disbursed scheduled for May 10. The city hired a company out of Massachusetts named The Notice Company. Under the contract, the company would send out notices to more than 89,000 past and present account holders and would locate utility customers who had moved. The cost to the city for this service: $16,450 for services and almost $30,000 for postage.

The hearing notices alert account holders of the final hearing scheduled for May 10, 2022 to determine the amount that will be paid to the named plaintiffs and each class member. According to court documents filed in anticipation of the hearing, class members can expect over 91% of the fire fees they paid refunded.

The city’s solution for funding the $80 million in refunds includes using $20 million in city funds on hand and taking out a $60 million bank loan. City staff is budgeting loan payments of $4.8 million in the coming budget year.

The city’s attorney office has billed at least half a million for defending the fire fee case.