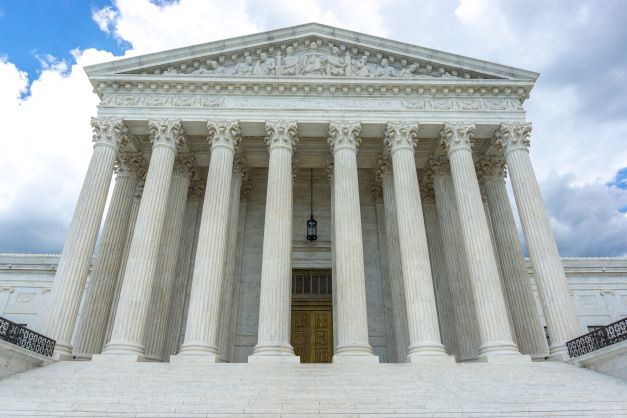 Mayor Guinn and the Ocala City Council are proposing a filing to the U.S. Supreme Court to overturn a 2018 federal ruling against them in light of recent Conservative wins, and the ramifications of that might be far-reaching.

The ruling concerned a lawsuit in protest of a 2014 downtown prayer vigil organized by city officials in response to a series of West Ocala drive-by shootings. Former/deceased Ocala Police Chief Greg Graham met with spiritual leaders and pastors to solicit support for a prayer vigil on the downtown square.

Abigail Sutherland, senior litigation attorney for the American Center for Law & Justice, has volunteered to represent the city for free and addressed the Council about the proposed SCOTUS filing by phone.

“We have to determine which path we’re going to take before next Friday,” she said, adding that there’s a long history of city governments leading citizens in prayer.

“The other issue is a hotly debated issue — standing,” she added, explaining that standing suggests proof of the right to sue.

“The Plaintiffs were unable to establish there was any city funding to present the vigil,” Sutherland stipulated. “For that reason alone, that makes this a strong case to bring before the Supreme Court for review.”

Sutherland also informed the Council that if the Supreme Court does not agree to hear the case or if the city loses the appeal, that the city “will be on the hook for the plaintiffs’ attorney fees” for an amount estimated at around $275,000.

Mayor Guinn weighed in, comparing the church-and-state case to a lawyer he knew who was charging a hotel owner thousands of dollars for flying a drone over his pool to seek out violations.

Referencing past run-ins with “freedom from religion” advocates, the mayor had strong words at the meeting.

“Not only did they get us to remove the ‘God be with us’ off our seal, we had to get rid of the chaplains program at the police department, stop using the word ‘prayer,’ stop having prayer breakfasts,” he complained. “This is obviously the perfect time not to do this just for us but for the country. We all stood up to take an oath to protect the Constitution. This is your chance to do that.”

Gilligan suggested a fiscal motivation. “It’s not the amount of the money that’s already spent, but if we win, it’s the incremental amount going forward. I think it’s worth it.”

“We need to take a stand just for the fact that we can stop this for other people … this is ridiculous,” said Councilmember Barry Mansfield. “I still believe and want to believe that the Constitution was built under the Christian faith. This is what we’re here for.”

Councilmember Ire Bethea voiced his support for the filing and redirected the focus to the purpose of the vigil to engage the citizenry in trying to find out who committed the drive-by shootings, the initial motivation for the 2014 vigil.

Attorneys for the plaintiffs disputed the event’s secular underpinnings, arguing that it violated the Establishment Clause, which bars government “establishment” of religion.

Four Marion County residents filed the lawsuit against the city and Graham in November 2014, but only two of the Plaintiffs, Art Rojas and Lucinda and Daniel Hale are still alive. The American Humanist Association –which “advocates progressive values and equality for humanists, atheists, freethinkers and the non-religious across the country” — represented the plaintiffs and claimed that the gathering violated their U.S. Constitution rights.

Having uniformed police officers participate and government officials plan the event and promoting the event promoting on OPD letterhead crossed a line in their court-sanctioned opinion.

But with a conservative-leaning SCOTUS, the city has a fighting chance of overturning the Federal District Court ruling in 2018.

Last month, the New York Times reported on a Supreme Court case, Kennedy vs. Bremerton, ruling in favor of a high school football coach, stating that he had a constitutional right to pray at the 50-yard line after his team’s games.

The vote was 6 to 3, with the court’s three liberal members in dissent. The NYT story added that the decision came less than a week after the court ruled, by the same vote, that Maine could not exclude religious schools from a state tuition program.

The recent decision in Kennedy vs. Bremerton essentially changed the law the district court had previously relied on when it granted summary judgment against the city.

The July 22 eleventh circuit court of appeal order in the city’s case references Lemon vs. Kurtzman, a landmark Pennsylvania separation of church and state ruling in 1971. The order opines on how the case once offered the protective powers of establishing a precedent against religious infringements.

Justice Antonin Scalia derided the Lemon case, a fact mentioned in the order. He scorned the ruling as a ghoul in a late-night movie that kept sitting up and haunting the court. In a play on words, the order suggests that the recent ruling in Kennedy vs. Bremerton “drove a stake through the ghoul” and “buried Lemon for good.”

Monica Miller, legal director and senior counsel at the American Humanist Association’s Appignani Humanist Legal Center, told DeseretNews that the goal is not to force city leaders to never speak of prayer again; it’s to ensure that residents with less common religious beliefs or no religious beliefs feel welcome at publicly sponsored or endorsed events.