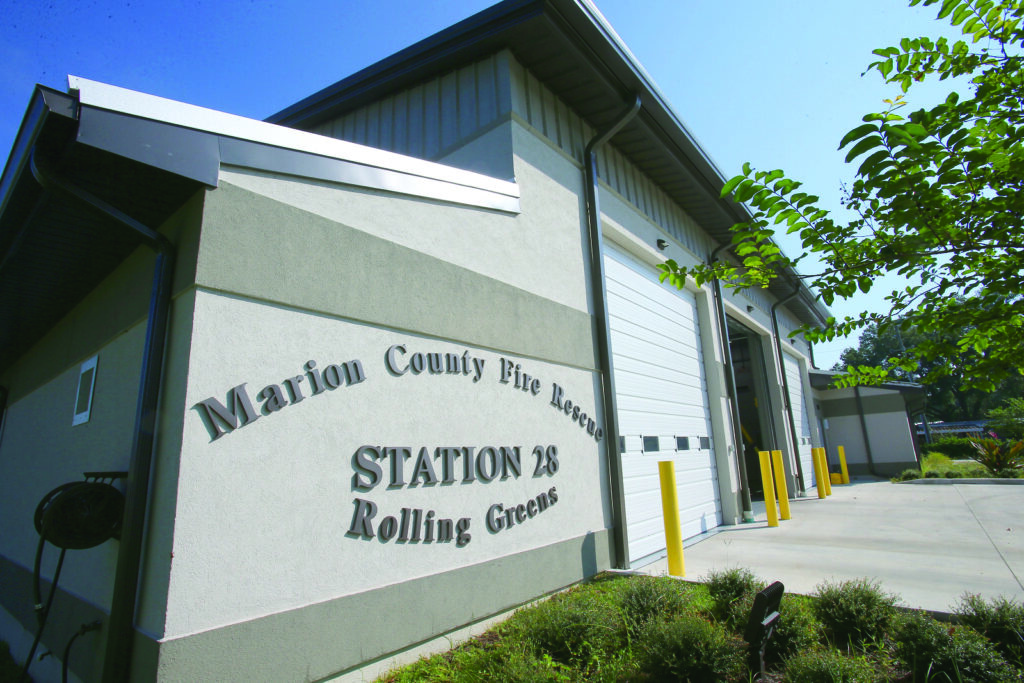 This article first appeared in the Ocala Gazette on Oct. 16 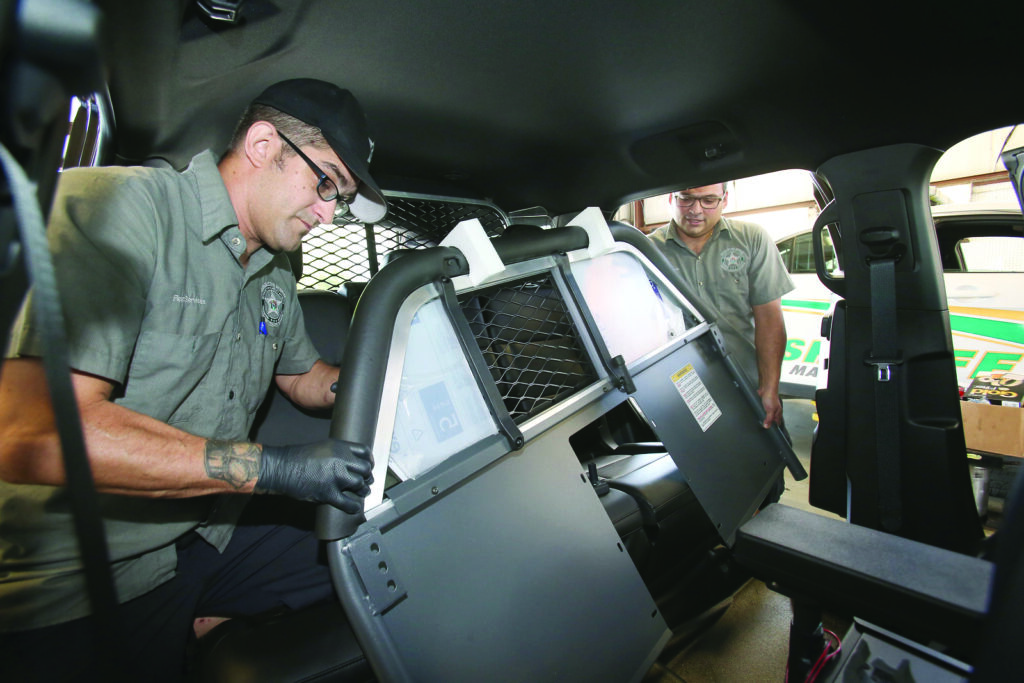 It will be the last question on the Nov. 3 Marion County ballot, but it is a $200 million decision for voters that local government officials say is needed to finish recovering from the budget cuts of the Great Recession and to meet the demands of resurgent growth.

The question is whether to renew a 1 percent local option sales tax for new roads and public safety needs. It will appear on the ballot as a “One Percent Public Safety and Transportation Infrastructure Sales Tax Referendum,” and it was first approved by Marion County voters in 2016 for four years, ending on Dec. 31.

During the tax’s first four years, according to county officials, it has generated $167 million for county and municipal governments in Marion County, with money going to buy 388 police cars, 12 fire trucks, 12 ambulances, a Sheriff’s Office helicopter, 300 air packs for firefighters, bullet-proof vests for police officers, 2,000 new public safety radios, new fire stations and to finance some $101 million in road construction and improvements.

County officials estimate that if the tax is renewed, it will raise nearly $200 million over the next four years.

County Administrator Mounir Bouyounes said while the first four years of the local sales tax allowed the county to take huge steps in recovering from the recession-induced budget cuts of the previous decade, the county still has work to do on that front.

“We’re still trying to catch up,” Bouyounes said. “It may still take another round to get caught up.”

Unlike the first four years of the tax, when spending was focused on updating public safety vehicle fleets, replacing antiquated public safety equipment and building and repairing roads, the focus of the next four years – if the tax is approved for renewal – will be targeted much more on upgrading essential buildings, not least being the county jail  and more roads.

More than $10 million is proposed for a wide range of jail maintenance and renovation projects, which County Commission Chairwoman Kathy Bryant said are needed to keep from having to replace the jail.

“We’re dealing with an antiquated jail,” she said. “We either have to replace it or, well, the board decided to take this route.”

The sales tax proposal also calls for building one new fire station and rebuilding three others and buying 19 new fire engines and 24 new ambulances. Marion Fire Rescue also proposes a new EMS station costing $2.7 million for the west side of the county.

Included in the $78 million in proposed public safety sales tax expenditures are a $7.6 million hangar and “special ops” building, as well as a $1.5 million gun range and $2.1 million driving pad for the Sheriff’s Office. Sheriff Billy Woods is also seeking a second helicopter at a cost of $3.8 million and is proposing buying 188 new patrol cars.

The county’s Animal Services is asking for $2.7 million for a “rehabilitation” of its facility on Baseline Road. 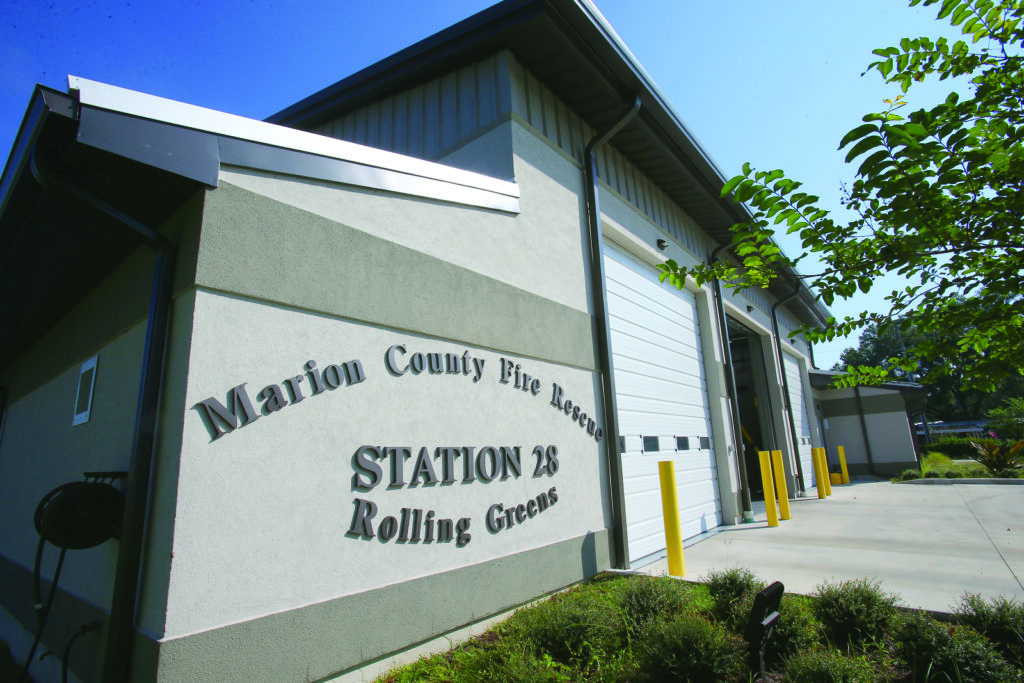 Proponents of renewing the tax say a sales tax is a quick way to raise significant dollars and, importantly, spread the burden across the entire community and not just on property owners. In fact, they argue that 30 percent of all sales taxes paid in Marion County are paid by visitors, thus reducing the burden on local taxpayers.

Moreover, Bouyounes said the county’s gas tax, which historically has funded major road projects, is maxxed out and not generating the kind of money the community needs for its road demands. 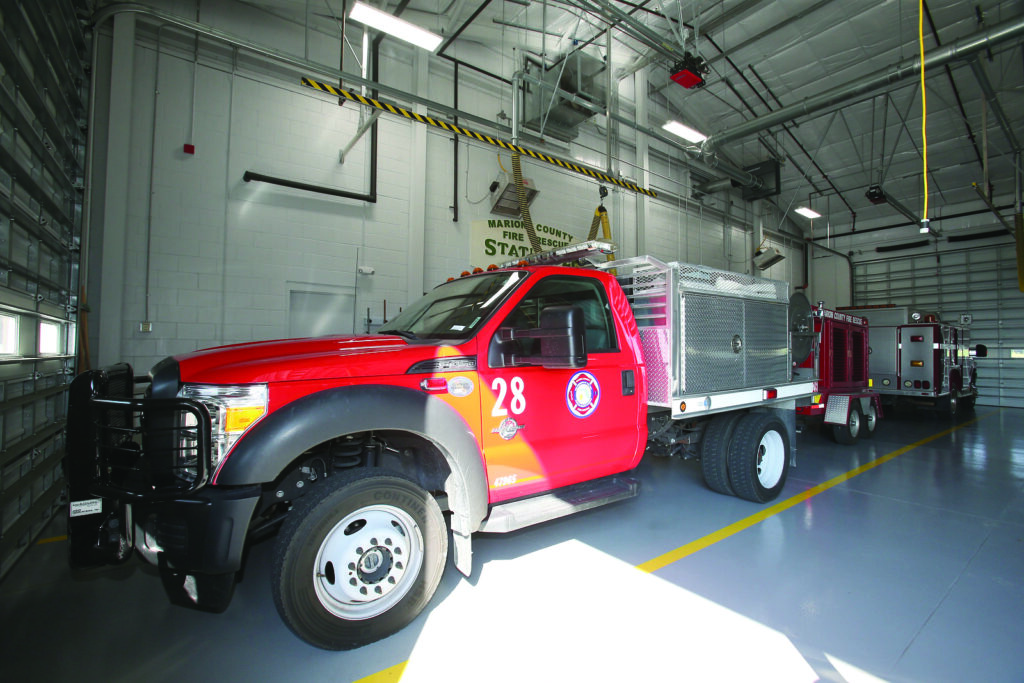 A new grass fire unit is shown at the new Marion County Fire Rescue Station 28 in Rolling Greens in Ocala.

Local sales taxes can only be used for capital purchases or improvements. In other words, they cannot be used for salaries or recurring costs, such as utility bills or operational costs. It can be used for buildings, equipment and infrastructure.

The total amounts of local sales tax dollars expected to be spent by the various county agencies from 2021-24 are:

If you would like to learn more about how the county spent the first four years’ worth of the sales tax, and what it plans for the next four years, go online to marionsalestax.org.

If the local option sales tax is renewed, the county projects generating $200 million from 2021-24 and paying for: