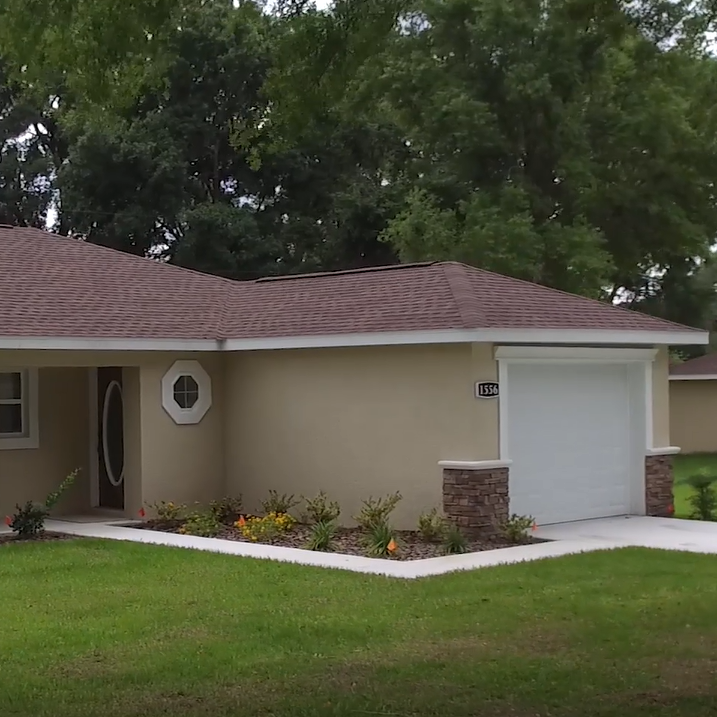 As state funds dwindle for housing efforts, commission ratchets up its contributions

Several low-income families in Marion County could soon be removed from the local roster of house hunters.

According to records, the county will lend $400,000 to Habitat for Humanity to build four units, and another $299,997 to the Housing Finance Authority of Marion County, or HFA, for the other three. 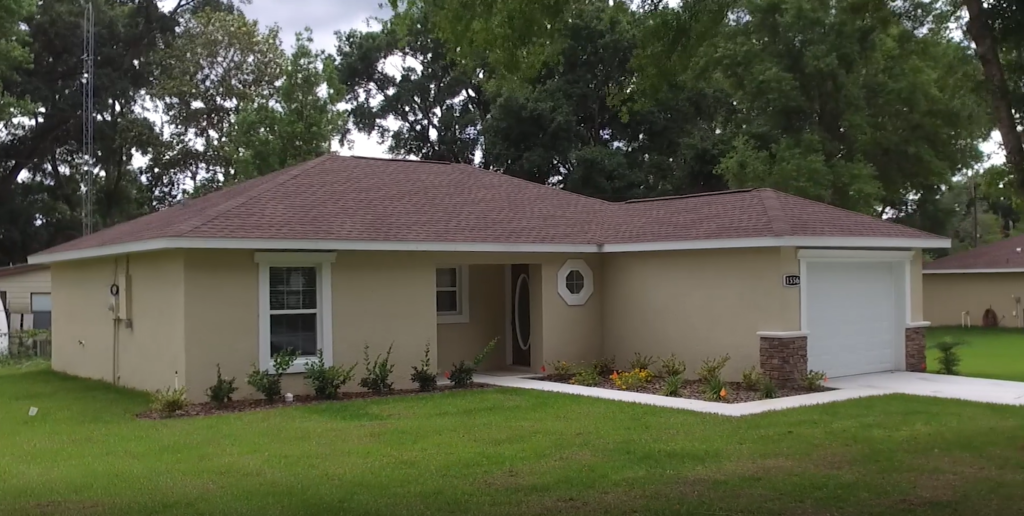 This home in Citra Highlands, built by KAP Designs of Ocala, is one of 20 recently completed houses that Marion County has made available to low-income families through its State Housing Initiatives Partnership program.
[Photo courtesy of Marion County Community Services Department]

The projects fall under the State Housing Initiatives Partnership, or SHIP, program. SHIP was created under a 1992 state law that set aside revenue from taxes on real estate transactions to be distributed to counties for housing assistance for low-income constituents.

SHIP money can pay for a variety of needs for homeowners or prospective buyers, including emergency repairs, rehabilitation projects, help with down payments and closing costs and impact fees.

But because of the Legislature’s long-time fondness for sweeping trust funds to keep the state budget balanced, Marion County’s Community Services Department, under Director Cheryl Martin, has had to get creative to grow the inventory of affordable housing.

These homes are evidence of those efforts, Martin said.

The county’s SHIP allotment has been “drastically reduced,” she noted. Marion County once received as much as $2 million a year for SHIP projects, she said, but Tallahassee returned just $470,000 a year for each of the previous two fiscal years. In the current state budget, Marion County got nothing.

Under the current system, the county floats zero-interest loans to builders. Construction costs are capped at $100,000 per home, although the unit can be sold for up to $120,000. Once sold, the county reaps $80,000.

For the first cycle, the county doled out $2 million to build 20 homes. The county received $1.6 million from those sales to plow back into the SHIP account, Martin said.

“We’re always looking for ways to leverage the dollars so we can get more housing in return,” said Martin.

The second round will produce the recently approved seven houses – all three-bedroom, two-bath models covering about 1,100 square feet. They will be built within six months on surplus county land.

The homes will be available to families who make 80 percent or less of the county’s median income. For a family of four, that’s $44,000 a year.

When they are sold, Martin said, the county will receive $560,000 to bank in the local housing trust fund – enough for a handful of additional homes at some point.

Dave Layman, president and CEO of Habitat for Humanity in Marion County, said the four additional units further the agency’s efforts to establish a “community” where it erects homes.

Habitat, he said, now has 12 projects under way. He expects two to soon come off the list, perhaps by Thanksgiving, when a pair of “family partners” close on their new homes.

While two of the remaining 10 projects are in Dunnellon, Habitat is focusing its efforts primarily in Silver Springs Shores because vacant land is relatively plentiful and affordable, Layman said. Habitat seeks to cluster its clients so they don’t feel isolated, he added.

“There’s a pretty big deficit in affordable housing in Marion County. This is not going to eradicate it. But we do want to get those families into housing,” said Layman.

“Within two years, we hope to get up to 15 homes a year,” he added. “We’ve got to do some more recruiting of family partners and volunteers.”

HFA Director Keith Fair could not be reached for comment.

Martin agreed that a lack of affordable housing in Marion County is a problem – and the county faces challenges in providing more of it.

For instance, according to Martin, builders report that construction materials are getting more expensive, making each home more costly.

Martin said these seven homes went to Habitat and the HFA because the rising cost of materials made contractors more reluctant to participate.

Moreover, it is difficult to establish a working definition of “affordable” that those who want to help, or are in a position to help, can agree on. For the county’s purpose, Martin defined affordable as a mortgage payment that is 30 percent or less of the owner’s gross income.

Yet the county is attacking this issue from a couple of angles.

For instance, these projects with Habitat and the HFA represent a new wrinkle, Martin said.

The county for the first time is using its own surplus property for affordable housing units.

The county acquired the lots because landowners were delinquent on their taxes, and bidders snubbed them in a subsequent auction. When such land becomes available, Martin said she stakes a claim for her agency’s housing projects.

Martin pointed out that this method gives the county more control over whether the homes are actually affordable, and raises more money for the local housing trust fund than just selling vacant property.

In another example, Martin cited the county’s support of the recent renovation of the Ritz Reserve apartment complex by the Volunteers of America of Florida. So far, 12 of the 27 units at the site, which sits a block off East Silver Springs Boulevard near the Ritz Historic Inn, have been completed.

Martin added that the county also is making greater use of the HFA, a board created by the County Commission 40 years ago.

The HFA now operates 30 rental units, Martin said. But the authority’s board has the capacity to borrow money to create more housing for ownership, and it is discussing with developers how to do that.

Besides providing a basic need to low-income county residents, she said, sheltering people through this initiative stabilizes families, creates tax revenue and instills pride of ownership in people who may not have had such an opportunity before.

While the particular projects at hand were in the Shores, Martin observed that more affordable housing is needed countywide, especially in Marion’s northwest quadrant and in Marion Oaks in the southwest.

“We’re not making massive leaps, but we’re making much larger leaps than we have in the past,” said Martin.

“There is a huge need for housing, and it’s being recognized. We’re a little behind, so my goal is to start bringing awareness to the developers and seeing what we can do to maybe help provide some incentives on the county’s side that can help developers, or encourage developers, to do more affordable housing all throughout the county.”