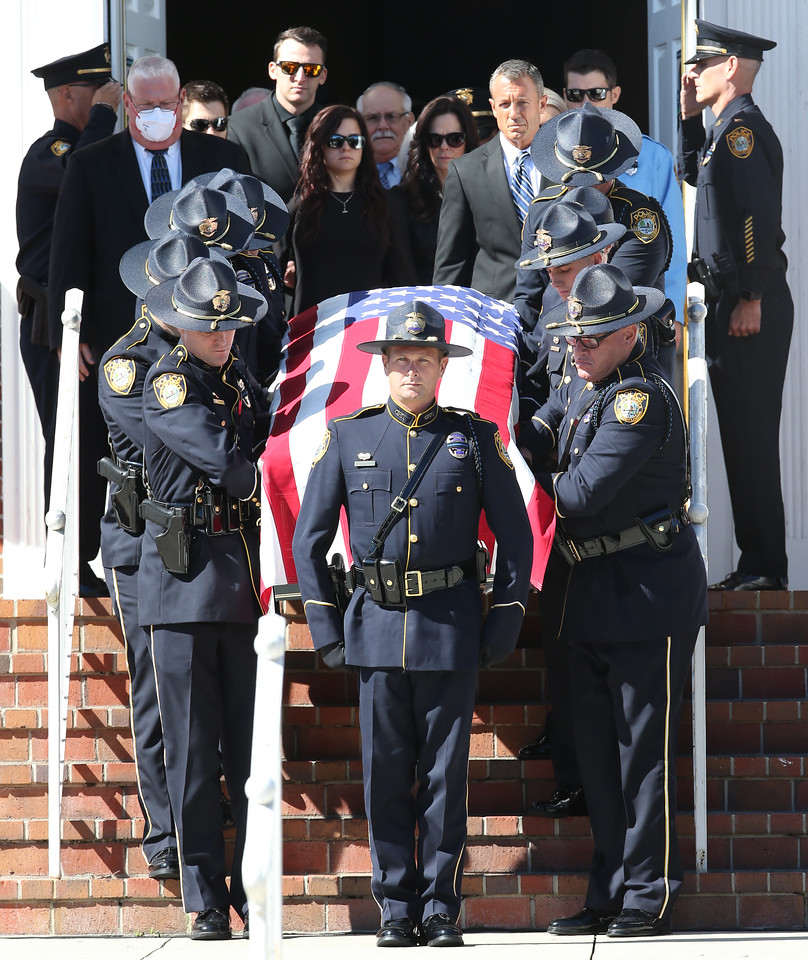 Hundreds of mourners turned out Friday for the funeral of former Ocala Police Chief Greg Graham, who died last Sunday in a plane crash east of Dunnellon. 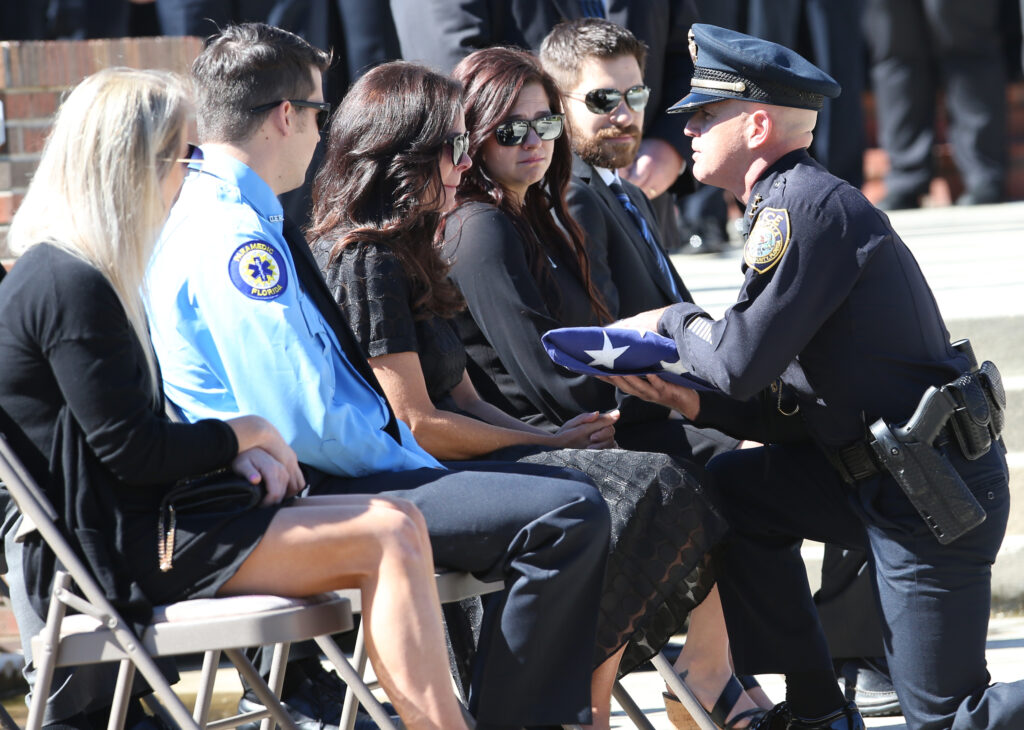 Amy Graham receives a folder American flag from Interim Police Chief Mike Balkan as members of the Graham family look on during the funeral for Ocala Police Chief Greg Graham at the First Baptist Church in Ocala on Friday. [Bruce Ackerman/Ocala Gazette] 2020.

Kalin Graham brought chuckles from the audience of Graham’s friends and co-workers when she said, “For those who knew my dad, he was a goofball.”

Guinn said his decision to hire Graham as police chief, after Graham had left Florida to become chief in Cedar Rapids, Iowa, “was the best decision I ever made as mayor.”

During his remarks, Guinn announced the Marion County Hospital District board had voted to honor Graham for his high-profile work on reducing opioid addiction in the community by naming part of the new Beacon Point mental health facility “The Greg Graham Recovery Center.” As chief, Graham initiated the city’s opioid amnesty program about three years ago, which allows anyone with an opioid addiction problem to contact any police offer to ask for treatment and to receive it, no questions asked. 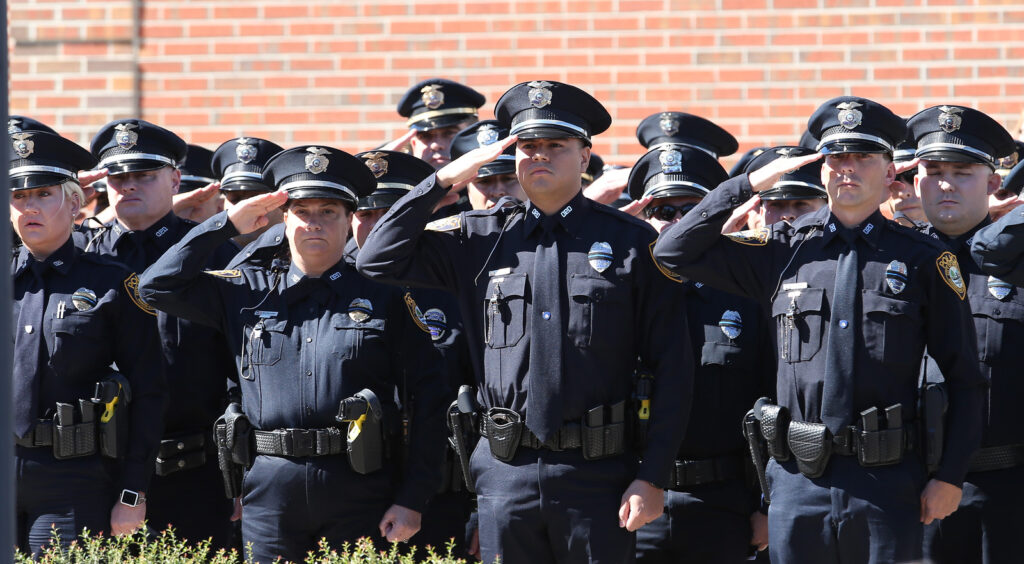 Officers salute during the funeral for Ocala Police Chief Greg Graham at the First Baptist Church in Ocala on Friday. [Bruce Ackerman/Ocala Gazette] 2020.