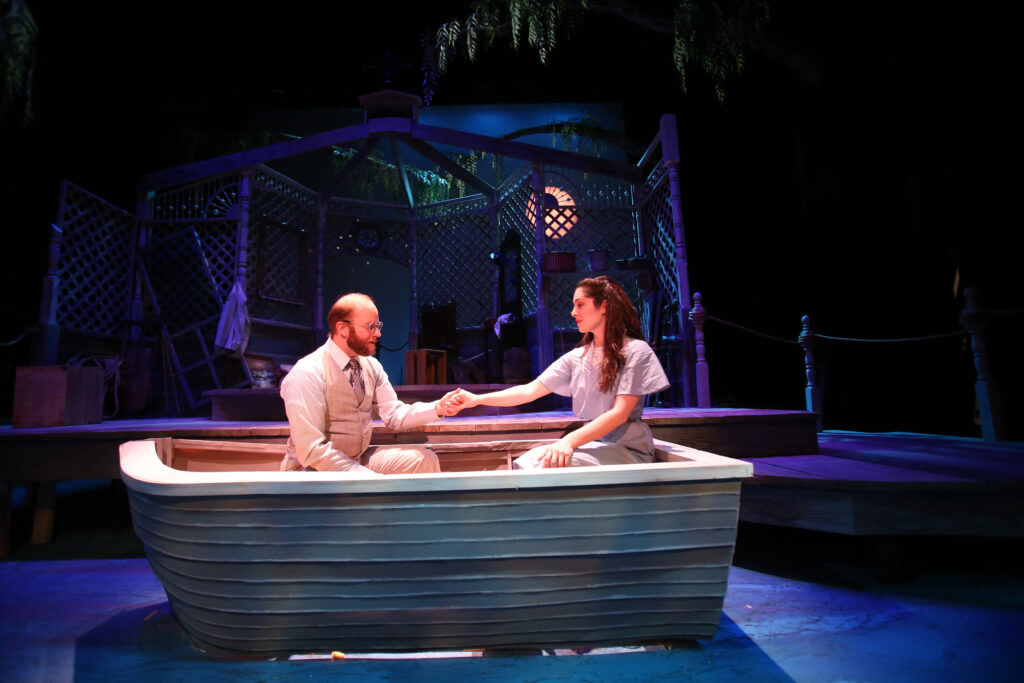 Alex Dagg as Matt Friedman and Katherine Stenzel, who plays the part of Sally Talley, rehearse a scene from Talley’s Folly during a dress rehearsal at the Ocala Civic Theatre in Ocala, Fla. on Monday, Feb. 22, 2021. The Pulitzer Prize-winning play, that spotlights the two actors in a 97 minute with no intermission performance, is live on stage at OCT from Feb. 25 – March 21. [Bruce Ackerman/Ocala Gazette] 2021. 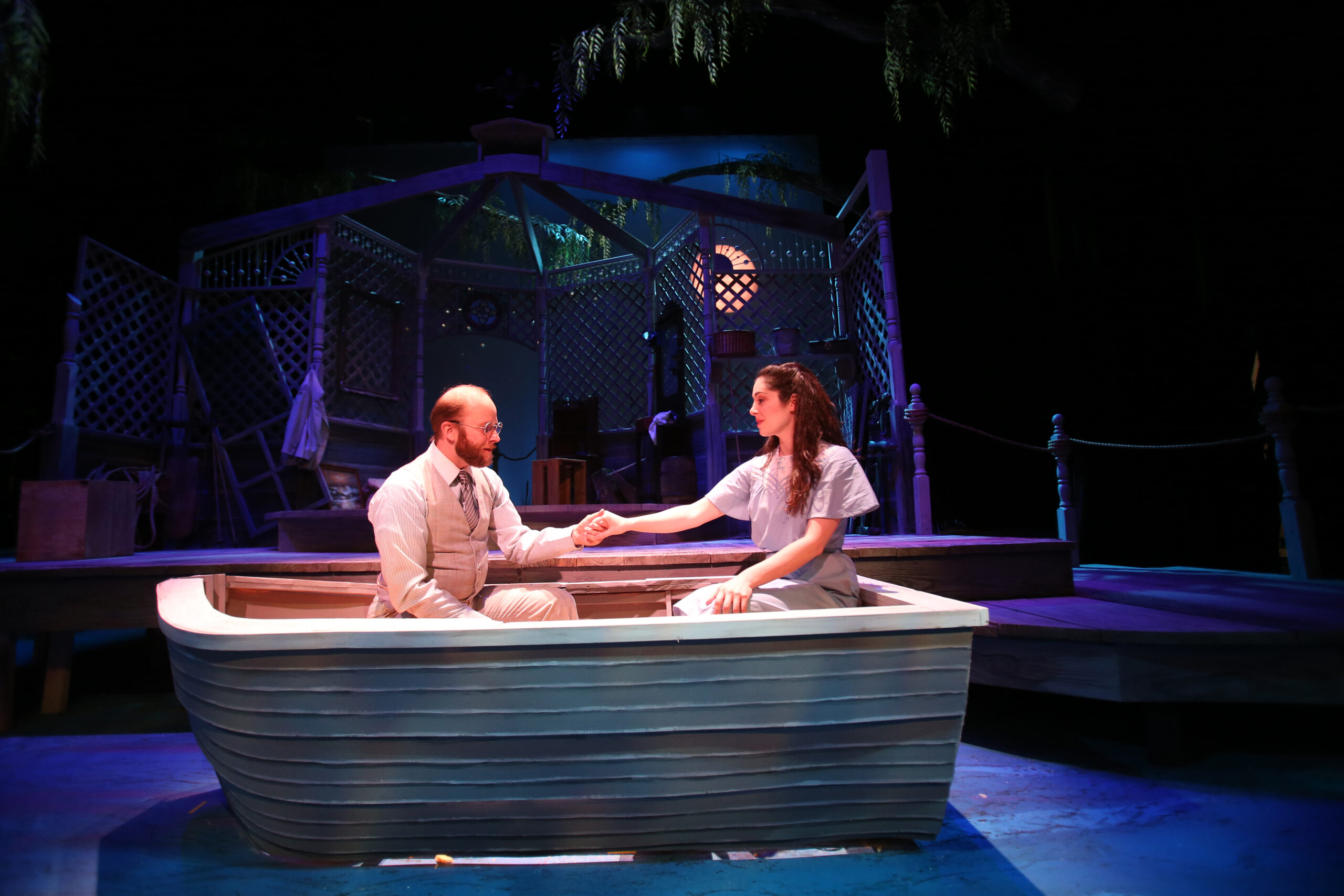 Alex Dagg as Matt Friedman and Katherine Stenzel, who plays the part of Sally Talley, rehearse a scene from Talley’s Folly during a dress rehearsal at the Ocala Civic Theatre in Ocala on Feb. 22. The Pulitzer Prize-winning play runs from Feb. 25 – March 21. [Bruce Ackerman/Ocala Gazette]

When the house lights go down, the principal character of “Talley’s Folly,” Matt Friedman, wastes no time.

He breaches the fourth wall, speaking directly to the audience, wearing his heart on his sleeve. He explains that he will use all the romantic elements of the setting to his advantage — the moonlight reflected on the water, the soft breeze rustling through the treetops, the crickets chirping softly in the background — to make the most of his one chance to win the heart of the woman he loves.

“If everything goes well, this should be a waltz,” the unlikely romantic declares.

And then the magic happens.

Friedman, a 42-year-old Jewish accountant, has traveled from St. Louis to the Talley homestead in southern Missouri’s Ozarks region. It’s July 4, 1944, one year after he spent a life-changing week with Sally Talley, the bright, spirited 31-year-old nurse’s aide he met while on vacation. He’s arranged their reunion in the old Victorian boathouse, or “folly,” where he fell for her last summer.

“I am in love for the only time in my life with a girl who sees the world the way I do,” Friedman tells Talley.

But their backgrounds couldn’t be more different: he’s a European Jew, and she’s a country girl from a traditional Protestant family.

As the two hesitantly share their secrets through playwright Lanford Wilson’s Pulitzer prize-winning dialogue, he, with his Yiddish accent and she in her Southern drawl, they begin to find some common ground.

“The language just transports you,” said Katrina Ploof, Ocala Civic Theatre’s (OCT) artistic director and the play’s director. “Listening to them talk never gets boring, not for a second. I think one of the gifts of a work of art that wins the Pulitzer Prize is that, although the story is 1944, written in 1979, as you listen to this play, it feels like it was written yesterday. Because that’s what great writing does—it speaks to us across time and across generations.”

With the sophisticated simplicity of two actors and one set, OCT veteran Alex Dagg, endearing as the earnest Matt Friedman, and OCT newcomer Katherine Stenzel, as the feisty and compelling Sally Talley, captivate the audience throughout this poignant drama that delivers exactly what the director hoped for.

“It’s very special,” Ploof declared. “I want to give our audiences moments of literature and language that take their breath away.”

“Talley’s Folly” opens on Feb. 25 and runs through March 21 with socially distanced performances at 7:30 p.m. from Thursday to Saturday and a 2 p.m. show on Saturday and Sunday at the theater, 4337 E. Silver Springs Blvd. Tickets are available at ocalacivictheatre.com or by calling (352) 236-2274.